Where is Yeysk? Rest in Yeisk

This article talks about the amazing place. It is a city called Yeysk. After reading this article, you will learn where Yeysk is situated and what is interesting for tourists in this village.

But let's start with the title. The word Yeysk comes from the name of Its river, which, in turn, gives the names of the Peninsula and estuary. 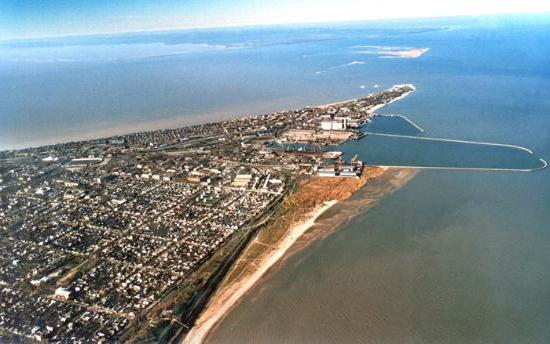 Geographically, the city belongs to the southern Federal district, the population of the Yeysk for 2014 is around 86 000 people. The city is inextricably linked with the water element, and even on the coat of arms of the village flaunts a water-resident-fish sturgeon.

So, where Yeysk is situated? The city is located in the Northern part of the miraculous of the Krasnodar territory to be more exact, about 250 kilometers from the city of Krasnodar, Yeisk end of the Peninsula, between the Gulf of the Azov sea (Taganrog name) on the West side and the Yeisk estuary from the East. Yeysk Liman, by the way, the largest in the North Caucasus.

The location of the town in the southern Federal district determines that it is favourable for relaxation. A resort vacation is, first of all, the sea and the beach. In this city almost from all sides you can go to the sea, this means that the Yeysk is great for a good time. More famous Russian city-resort is Sochi, Anapa, Gelendzhik. They are called resorts of Krasnodar region, or the resorts of the Kuban. 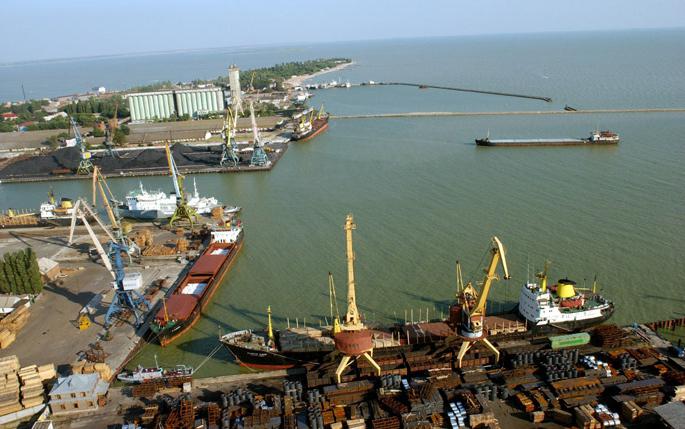 Not everyone knows where the town of Yeysk, it is known much less than other resorts of Kuban. Although its most Northern location suggests that the Kuban begins from this city. The slogan of Yeisk and Yeisk district, says: “With starts Yeysk Kuban”.

The Climate of this area – a temperate continental: warm summers and a short winter, snow falls, not before the middle of the first month of winter. 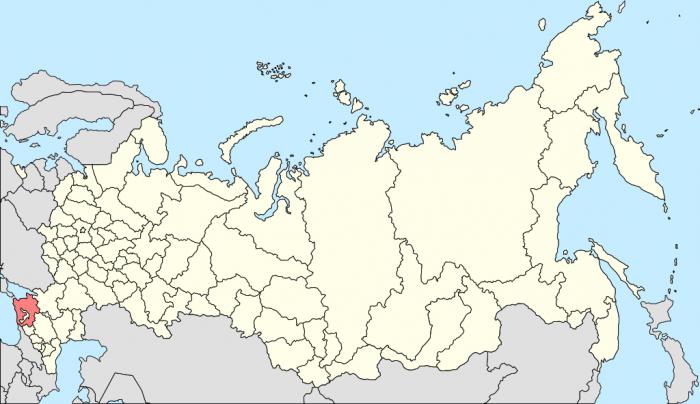 The Average summer temperature, for example, in July-about +24 degrees Celsius. In those latitudes where is the town of Yeysk, located in such cities as Odessa, Budapest, Tiraspol, Yuzhno-Sakhalinsk. By the way, the climate of the above-mentioned settlement (for average temperature) is similar to the climate of new York, only it is softer, and in the Russian city there are no such extreme temperatures and prolonged rainfall, as in the American metropolis.

So, we know where is Yeysk. The rest of the place is wonderful. We will share with you information on this topic. Where built and thriving in this beautiful town, has everything for a family holiday. On the territory of the Yeisk district and built many water parks, modern beaches, there is a Dolphinarium. Now a family vacation is gaining popularity And it is in this wonderful place any member of the family will find many ways to relax and have fun. We would like to note that on the territory of the city and district are successfully functioning and children's camps. Vouchers they are bought well before the start of the summer season. 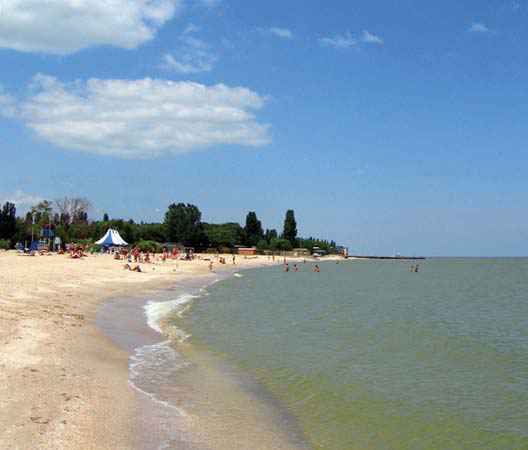 Beach holidays – one of the standard and universal versions of holidays or weekends. Almost every Peninsula has its own port. And the Peninsula, where Yeysk is situated, is no exception. South of the pier there is a beach called Kamenka. The coastal zone of sand with seashells on pebbles gradually changing, constant ebb and flow of form in a sea of small Islands. Beach holidays in the town will swim in a shallow sea in may.

80 kilometers from the place where Yeysk is a wonderful lake, called Khan. It is a source of healing mud and waters. These waters are used in the same city motels “Yeysk”. This living water has a healing effect on the human body, displays the body of excess salt, heavy metals, radionuclides, anti-inflammatory effect, and improves metabolism. And I want to say: where Yeysk is situated – there is and your health. 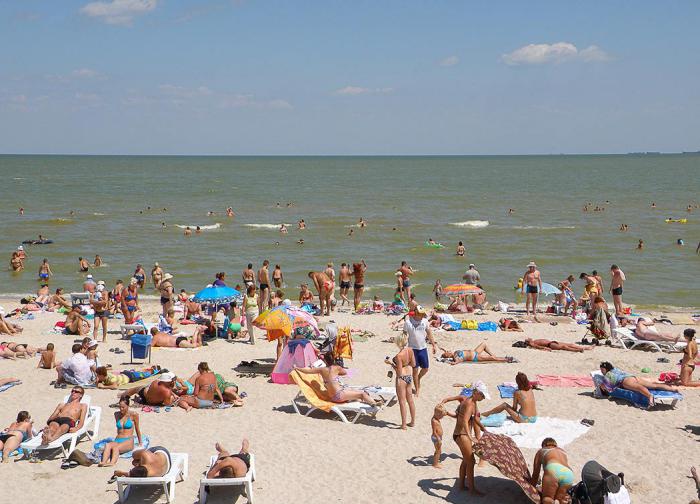 Mud, refreshing water and warm Sunny beaches – this is not the whole city. Yeysk is more multifaceted than it seems at first glance. In this city held a competition of windsurfers and competitions in water skiing. In addition, actively developed tourism, Hiking, skydiving. Therefore, even fans of extreme sports will not be disappointed after visiting this wonderful place.

The Administration of Yeysk follows the grooming of this port city, and therefore it is considered to be the greenest in the Kuban. The architecture of the city is actually divided into three time period – tsarist era, Soviet architecture and 90s. Each of them is unique and attractive. The circumference of the area is rich in cultural and historical monuments, so this place is not only where to go but also what to pay attention to.

Where is the town of Yeysk, we have already learned. But now remember the facts of history and find out why this town is a real hero. Inthe time of the great Patriotic war, the city was repeatedly subjected to aerial bombardment by the German air force. These attacks began in April 1942. The occupation of the city lasted until February 1943. This time was very heavy, killed a lot of people, including 214 children of the orphanage. Mass repression was destroying not only human destiny, but their small Home. Where Yeysk is, there are still grandchildren and great-grandchildren of these heroes who gave their lives in the struggle for freedom. This once again proves the diversity of the city. The small town has absorbed and modern goods, and cultural heritage of their ancestors.

The title of the city-resort of Yeisk appropriated relatively recently, only in 2008-m to year. And to this day he never ceases to amaze us with his kindness. This resort, compared to the towns of Sochi, Gelendzhik, Anapa and others, the most economical expense on vacation. In Yeisk much cheaper food and accommodation, although comfortable, this small friendly town is not inferior to the better known of the Kuban resorts.

Now you know that is a town Yeisk, where. Photos you can see it in our article.

Today, people tend to be more mobile, and hence, fast transport connection between cities is always in the spotlight. Anything faster and the plane today was not invented, so the whole world businessmen for whom time-is money, use...

All achievements of mankind in the entire history of its existence, ranging from the invention of the wheel and gunpowder and ending with the splitting of the atom, the search for the God particle and space flights, it pales next ...

The Cuban Capitol. Havana - a city that froze in time

Cuba – a small country that stopped time itself. Surprisingly, despite the proximity to the United States, this state does not support States with friendly relations, which is reflected in the country itself. The Cuban econo...

Greece — a country with a fascinating history, which is literally saturated with the atmosphere of the ancient myths. Of course, every year it attracts thousands of tourists, wanting nice and interesting to spend time.when i...

Antalya – the capital of the Turkish Mediterranean Riviera. This vibrant town, filled with cheerfulness, with bright colors and bustle, has become a Mecca of tourism in Turkey. Antalya is also the starting point for tourists...

The temple of Zeus in Olympia, and the metopes

We go on a real journey and see amazing things. Learn something new, make discoveries. Ahead of us are waiting for adventure and the wonders created by human hands. Looking for some, it is difficult to imagine that such a thing is...