This aquarium fish only a couple of decades ago began to be bred in Russia. In natural conditions, the shark barbus lives in the reservoirs of Thailand and other countries of Southeast Asia. He prefers fast current and fresh water. These fish are not only very active and unpretentious, but also voracious, so they can grow up to 40 cm. They began to breed because of their unusual appearance and cheerful disposition. In addition, they are able to live for about 10 years. However, they are not very convenient in maintenance, since they require a large aquarium: in captivity, the fish do not grow more than 15 cm, but live in flocks.

Appearance of the shark barbus

This fish belongs to the Carp family, so it looks a bit like our roach, but on closer examination, the differences are visible. Her narrow, elongated, laterally compressed body has a silver-steel hue. All scales are large, shiny, mirror-like. This fish looks very impressive, because it sparkles when moving. The eyes of the shark barbus are large, occupying almost the entire head. The fins are transparent or yellowish, edged with a wide black stripe. Why was the fish named "shark barbus"? The photo clearly shows that there is a noticeable similarity with the shape of the body and dorsal fin with the sea predator.

The character of the fish

Barbus shark is very active and peaceful. He likes to live in a pack of at least 7 individuals. It gets along well with other large aquarium fish, for example, catfish, minors, tetras or other barbuses. They are not bullies, but it is better not to plant voilehvostov - they will remain without a tail. It is undesirable to keep small fish and fry with them, since shark barbuses are very voracious. 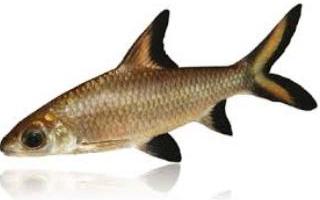 A distinctive feature of the behavior of these fish is their increased jumping ability, they are even able to jump out of the aquarium. Their other feature is their timidity. With a strong fright, they may even die. But still, shark barbus became a favorite for many.

Contents in the aquarium

The fish is quite unpretentious, but in order for it to feel good, you need to follow some rules. 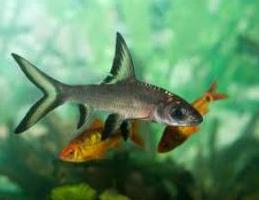 What these shark fish eat

Barbuses are omnivorous: they actively eat both live and dry food. But they have poor digestion, so some feeds are contraindicated for them. For example, bloodworms, chitinous shells of some insects and cheese. Be sure to feed shark barbuses with plant food. Give them dried nettle leaves, spinach, dandelion or lettuce. These fish pick up food mainly from the water column, so you can't give it a lot, otherwise they won't have time to pick it up.

In captivity, these fish breed very reluctantly. Almost all of them were brought from their homeland. To get offspring from them, you need to take into account some of the features of their reproduction. 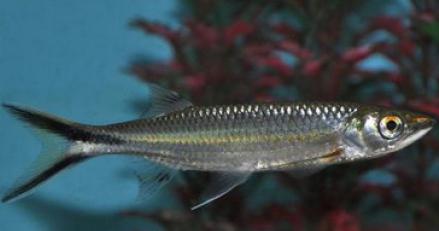 Despite the small difficulties of breeding and keeping, the shark barbus is a very funny fish. It is interesting to watch her, and an aquarium with such inhabitants will give you a lot of positive emotions.

In our country there are a huge number of different holidays that were celebrated by our ancestors. This is exactly what Maslenitsa is. In this article we will plunge a little into history and tell you about what was done in Russi...

In the tropical Asian forests lives a wonderful animal, which is considered one of the oldest animals on the planet. For a long time this mammal was referred to as sloths, but since 1766 everything has changed. Then a famous natur...

Which watch is better - quartz or mechanical? Comparative characteristics of mechanisms and tips for choosing

To date, the most popular watch movements are either quartz or mechanical. When it comes to any models of wristwatches, not only the appearance, but also the quality of the mechanism is subject to discussion here. The main charact...