A monument to unborn children in Riga, the pain and the fear

In many countries there are a huge number of monuments dedicated to a particular event. There are sculptures that bring a smile on the face, because they are dedicated to a fun event, but some installations make you cry. This, no doubt, can be considered a monument to unborn children in Riga, which in many people brings tears. 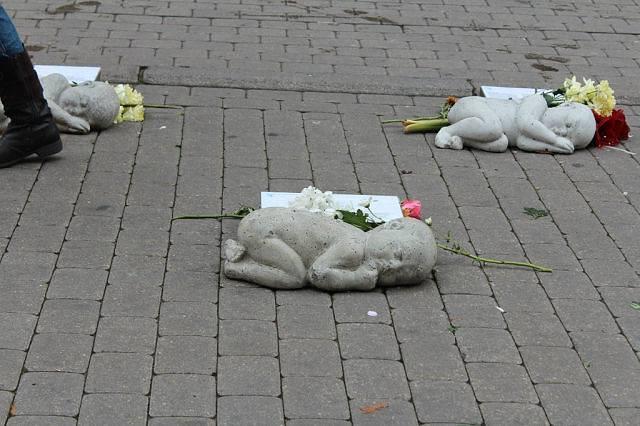 In September 2012 in the capital of Latvia has launched a campaign called «For life”, which aims to inform women and their families about abortion and the consequences that can be expected of women then. At the beginning of the campaign people were presented the installation, which was placed in the Old town near the Hotel de Rome. A monument to unborn children consists of 27 sculptures in the form of small children. Why 27? That's the number of abortions, according to statistics, every day do in Latvia. Each kid has a small pedestal on which, in three languages (Russian, English and Latvian) written 27 stories, more reasons due to which mothers of these babies decided to have an abortion. For example, the woman already has a child and husband died, and she decides that she will not be able to raise two productive members of society and consents to the abortion. The author of this work Eva riekstina.

The Organizers decided it would be a way to reach out to women who want to have an abortion. It is very important that these families had full information about this terrible decision, and most importantly aware of what will happen to them later. In such situations most women have fears, and they don't think what you are doing. 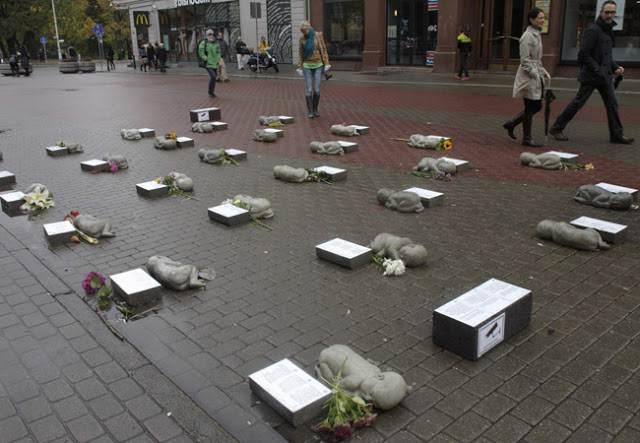 A Monument to unborn children in Riga attracts a lot of people, the square is always someone there. There is always fresh flowers. People bring and put them near the kids, thus expressing their sorrow and pain. The campaign urges the people of Latvia and visitors to reflect on this serious problem. Abortion-is murder of unborn human, and do we have the right to decide who deserves to live?

We can't judge or accuse anyone, but we have to decide for yourself. Of course, there are weighty reasons why women have abortions, such as illness of the child, which will lead to death, disease, incompatible with life, and so on. And if a woman decides on an abortion just because she doesn't want the child? This and dedicated a monument to unborn children in Riga. 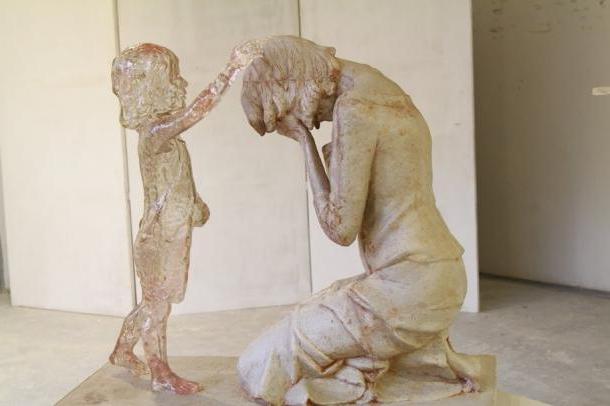 In Addition to this installation in the capital of Latvia is a landmark on abortion. The inscription, which translated means ‘I wanted to live…”. Also in Slovenia, there is a monument on similar subjects: transparent girl stroking the head of his mother, who was crying on his knees. She seemed to forgive her for this horrible act. Monuments to the unborn child, a photo of which inspire fear, resentment, can not touch, many people after watching seriously think about this question. Similar monuments found in Karlovac (Croatia), Obrzycko (Poland).

A Monument to unborn children in Riga could not leave anyone indifferent, because everyone on the planet could be in the place of these poor children who wanted to live.

We need monuments like that here in US. To much deaths of the innocent here.

Can you do these monuments all over the world? Let this be your life's work for the world to see. Please don't stop doing this.

One of the most recognizable landmarks of the capital of Udmurtia, city of Izhevsk, is the Cathedral of St. Archangel Michael. This magnificent building has a tragic history, but today it appears before the faithful in all its rec...

recently, Alanya in Turkey was a simple little town. And now this place is one of the most visited resorts in the country. This place is suitable for those who stay in a noisy companies prefer quiet, solitary pastime. All hotels A...

Think about where to stay during your holiday in Anapa? “Odyssey” is a lovely Guesthouse with a long history, which is located just 50 metres from its private sandy beach.quick overviewGuesthouse “Odyssey” ...