Interesting and fun contests on anniversaries

What kind of holiday can do without jokes? Harmless funny contests at anniversaries will create a relaxed friendly atmosphere of joy and laughter, good humor and high spirits. These are fun outdoor games, and funny song tunes, and a variety of scenes. When conducting them, the host should take into account the age of the guests, their social status, as well as some of the character traits of those present. 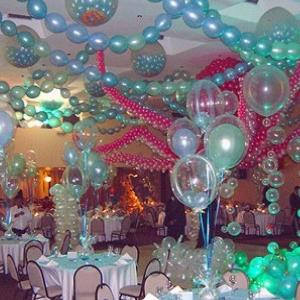 Mobile good contests for the anniversary

"Baba Yaga". The game takes place in the form of a relay race. Two teams are formed. Each team member must walk the distance with a broom, standing with one foot in a mortar, and pass the attributes of the game to the next player. The mortar will be an empty bucket, the broom will be a mop.

"Golden key". The participants of the game will be couples (male and female). Each couple is obliged to portray the scammers – Alice the fox and Basilio the cat - from the famous fairy tale. In an embrace, they must go a given distance. At the same time, the cat is blindfolded, and the fox has only one healthy leg, she bends the other at the knee and holds it with her hand. The winner is the couple who hobbles to the finish line first. The prize will be a "golden key" from the hands of the hero of the day.

"Diver". The presenter forms two teams. The players of each of them take turns putting on flippers, picking up binoculars and looking into it, go through the specified route in flippers, then pass the baton – flippers and binoculars – to the next participant. The winning team receives a prize from the hands of the hero of the day.

"Kill the dragon". The participant of the game is shown an enemy – a toy dragon. He must be killed with a "mace" (i.e. a stick) blindfolded. Before the start of the battle, the player is turned around several times. If he copes with the task, he receives a prize from the hero of the day – a toy weapon. 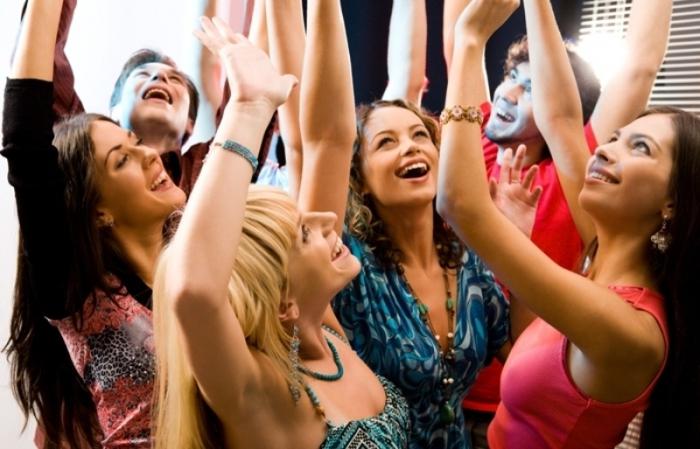 "Congratulate the hero of the day with a song". The first verse of the famous birthday song is sung by everyone present, like children, lisping. The second and all subsequent ones are in the languages of animals or birds. The host tells the teams of each table in which language they should sing. One group sings, for example, like a dog. The other is goat–like, the third is crow-like, etc. The team that sang louder, more cheerful and more fervent wins.

"Creative duo". Several pairs are playing. Each of them receives a large sheet of blank paper. One of each pair of players is blindfolded and given a felt-tip pen in his hands. According to this command, the other player leads the first one with his hand. In this way, they draw a portrait of the hero of the day together. The winner is the pair whose drawing will be more similar to the original.

"Birthday Tunes". Everyone present at the table takes turns singing a verse from a famous birthday song in pairs. The couple who sang the most songs is awarded a prize. 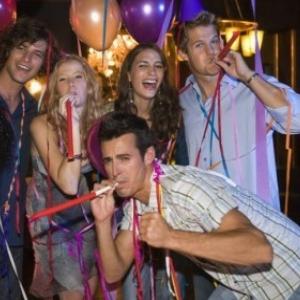 Funny contests and skits for the anniversary

"Discover a new planet". Everyone can participate in the competition. Each participant receives a balloon. Everyone is invited to "discover" an extraordinary new planet – inflate the balloon. Then you need to "populate" it with people – draw them with a felt-tip pen. The winner will be the player who has the most beautiful planet in the allotted time.

"Fairy tale scene". Several groups of two or three people take part in the game. The presenter gives the players leaflets with the names of famous fairy tales. The tasks of the teams are to remake the fairy tale in a new way and stage it. The applause of the audience will determine the winning team, which will receive a cake prize. Such fun contests on anniversaries are always welcome. They introduce and bring together guests, discover their talents, creating a festive mood in the hall.

"Eloquence". The participants of the contest are all present. The presenter announces the task - to read the most beautiful wish for the birthday girl. The winner can be chosen by everyone together.

"Chain". Two (or more) teams are formed. Each of them should make a chain of clothes. The players take off their clothes from themselves. The team that made the longest chain wins.

Guests will remember a well-organized holiday for a long time. Moreover, what they ate at the table will soon be forgotten, and funny contests at anniversaries and other events will be remembered for a long time.

The drug Gamavit for cats: instructions for use

If you want your furry pet to always look healthy and feel good, then this article is for you. After all, the story will be about a unique medicine for cats, which has helped out many caring owners. Gamavit is a Russian drug that ...

Educational work with parents in the second younger group

Most often among the parents talking on the playground, you hear similar phrases: "And you send your child to kindergarten and untie your hands!" Alas, but most parents believe that their obligations end with the admission of a pr...

Dolls and toy horses also fit harmoniously into the world of girls, like hairpins, rings, bows and ribbons. These are not only leisure items, but also a visual aid through which the girl develops character and behavior. It is wome...

Do you want to learn how to tie scarves beautifully? There is nothing easier!

A scarf is a wardrobe detail that looks appropriate in any outfit. Light and airy will suit a summer dress, glamorous silk will help decorate a business suit, warm wool will warm you in bad weather. The main thing is to choose an ...

How to tie a scarf for a man? A few simple methods

A scarf is an essential accessory for men, especially in cold weather. It will perfectly protect from the cold and will be a good addition to a jacket, coat, sheepskin coat and so on. If you want to know how to tie a scarf to a ma...

Lampshade for the lamp - the choice of a suitable model

Plafonds have been used to decorate chandeliers and lamps for a very long time and do not lose their relevance. Over time, only the materials from which they are made, design styles, and shapes of products change. The lamp shade p...