The metal halide lamp belongs to the class of gas-discharge lamps. In their work, such devices use a gas discharge, and not the thermal glow of the filament. Such lamps can be called relatively young light sources, the history of which has no more than fifty years. Their birth is associated with a number of experiments by scientists to improve gas-discharge mercury lamps. From the point of view of the filling, their distinctive feature is the use of mercury vapor, a composition of salts and gases as a working mixture. The composition of the salt mixture affects the shade of the emitted light. A metal halide lamp can emit light of bluish or reddish shades. Inside the flask, the gas is under very high pressure. 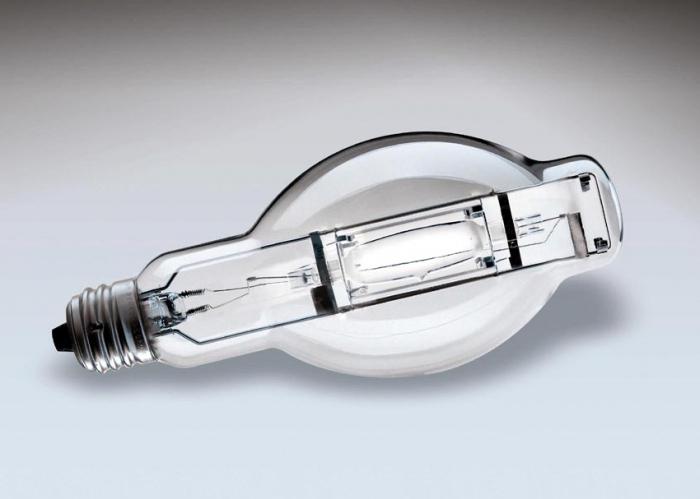 Metal halide lamps are switched on in the same way as fluorescent lamps, as well as other gas-discharge lamps. For ignition, they require connection to the network by means of special starting and regulating equipment. When it is turned on in the lamp, a discharge in argon first occurs, triggering an electric arc between the electrodes of the lamp bulb. When the lamp is turned off, mercury and salts settle on the walls of the bulb in the form of particles. After starting, the electric arc instantly heats up the flask, evaporating solid particles, after which the discharge continues in salt and mercury vapors. For the first few minutes, the temperature increases very much, as does the brightness of the radiation. The metal halide lamp heats up to a temperature that exceeds a thousand degrees during operation, which is why the spotlights in which such devices are used are so large. To cool them, a large metal surface of the spotlight is needed. 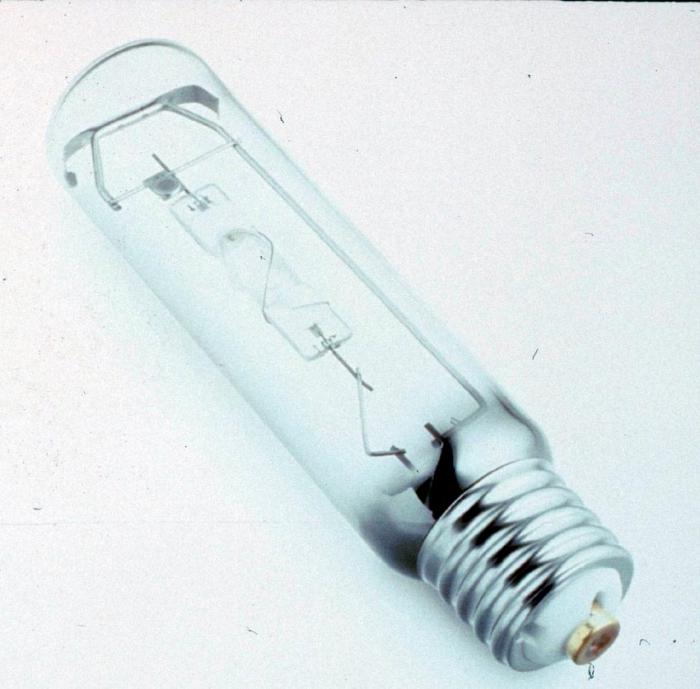 Philips metal halide lamp works much more efficiently than fluorescent ones, since almost 24 the percentage of energy consumed in this case is converted into light. Such products are produced in a fairly wide range of capacities – 20-20000 watts, which allows it to be used everywhere. The design features change according to the lamp power. 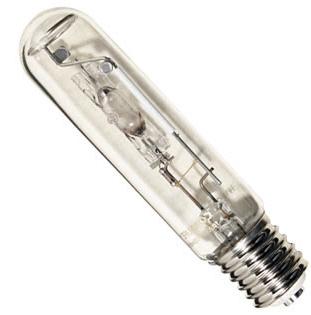 A low–power metal halide lamp can be used in the same place as a traditional halogen one - in devices for office, home, advertising, inside museum expositions and shops. It is much more economical and efficient than halogen, but it needs to install additional ballasts.

The 150w metal halide lamp is useful for lighting a large room or for a lamp in the courtyard of a private dwelling. High–power devices are suitable for professional lighting equipment - powerful spotlights, theater spotlights, photo and film lighting equipment, as well as for projectors of some types.

An interesting area of use of metal halide lamps can be the lighting of greenhouses and aquariums. They have a radiation spectrum favorable for the growth of plants and corals.

Such devices can be produced with two flasks – external and internal. It is believed that this option has improved color characteristics.

In most cases, the defeat of the larynx, bronchi, trachea, pleura provokes coughing in infants. Treatment in this case does not involve the immediate intake of strong medications. To begin with, it is necessary to identify its cau...

Orthopedic pillow with memory effect: the subtleties of choice

During sleep, the human body relaxes completely, so the spine should also be relaxed. In order to have a normal and full rest during sleep, it is necessary that all joints and vertebrae are in the most comfortable and correct posi...

What does the mucous plug look like when it has moved away?

Every pregnant woman who has been nursing for the last few days wants to know exactly what a mucous plug looks like.How do I recognize her?The reasons for this are clear: she is one of the harbingers of childbirth. It is believed ...

There are children who are sick so often that parents try not to pay attention to it. They hope that the baby will grow up, and everything will go by itself. But still they are worried: if vomiting occurs periodically in a child w...

Arranging an apartment is one of the most exciting activities. Everyone does it according to their own taste and capabilities. But even if we choose a minimalist style, it is necessary to store things somewhere. Wall mounted books...