Have you ever heard the name "dachshund cat" or "kangaroo cat"? What comes to your mind first? Do you think scientists have crossed these animals? And here it is not. Such names are worn by cats with short paws. Photos of them are presented in the article, so you can make sure that they have nothing in common with dachshunds, except for the length of their limbs. 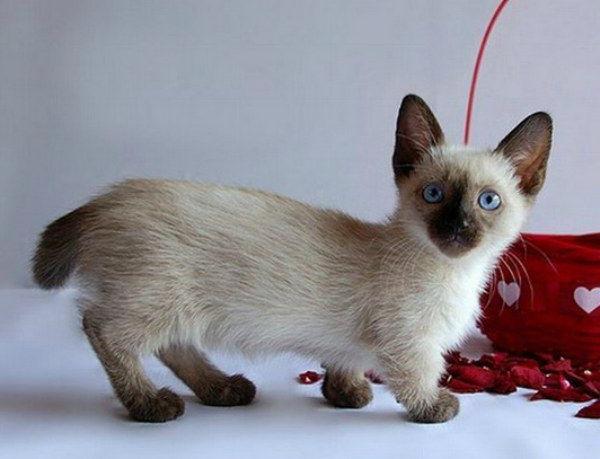 This breed of animal is called "munchkin". It is simply impossible to remain indifferent to such cute cats. But how did they appear?

A few centuries ago there were such representatives of the feline family. They were born from ordinary yard cats. Of course, there is no need to talk about the breed of the second parent, it could have been anyone. The peculiarity of cats with short legs is due to a gene mutation. You can compare them with "naked" sphinxes or curly-haired rexes. Such animals have been considered simply sick for quite a long time. Everything changed in 1991. It was from this time that any cat with short paws can boast that he is a representative of the Munchkin breed. 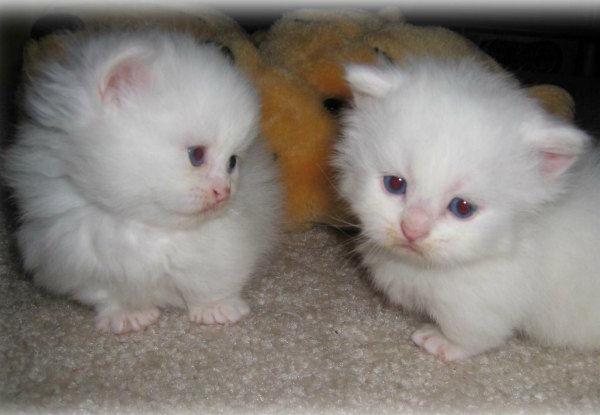 From two Munchkin parents, babies with both ordinary paws and short ones can be born. The former are further used in breeding in order to improve the breed.

As it is already clear, the main feature of such animals is the length of the limbs. It may seem to someone that this makes the life of cats not as rich and full-fledged as that of representatives of other breeds. But this is a misconception. A cat with short paws does not notice this "defect" at all, moving freely and running fast.

Munchkins have a long flexible body. They are strong and muscular, but at the same time plastic. A cat with short paws amazes with the beauty of its eyes. They are large, oblique, oval. The color can be any. Large or medium ears are set high on the head. The munchkin's tail is long, and its tip is rounded. It should be absolutely flat. The same applies to the spine. You can meet both long-haired Munchkins and short-haired ones. Pet lovers will always find for themselves a pet that they will like, because such cats can have absolutely any color. 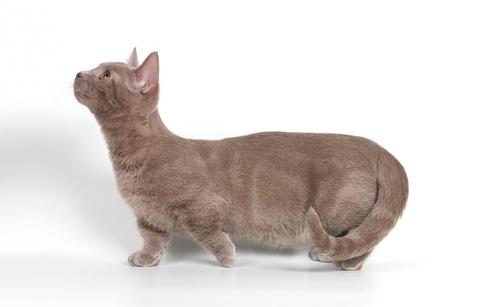 The similarity of Munchkins with dachshunds has already been said. But we missed the kangaroo. Often these cats are compared with this animal because of a peculiar habit. The fact is that they like to balance while sitting, while hanging their forelimbs freely. Just some circus performers! In general, a cat with short paws is a cheerful pet that will not let the owner get bored. He can't live without active games, is friendly with children and with strangers. In addition, Munchkin is very attentive to his master, noticing all the shades of his mood. He gets along well with other pets.

When walking a munchkin, you need to be careful. The fact is that the gait of a pet because of its short legs resembles the habits of an animal that is preparing for an attack. That is why other cats or dogs may find him aggressive. To avoid trouble, it is better to choose limited territories for a walk.

Great friends and fidgets are cats with short paws. The price for 3-month-old babies of this breed starts at $ 400. Yes, the pleasure is not cheap, but believe me, Munchkin is worth it!

A modern person is forced to carry with him a lot of not only small personal belongings, but also a set of documents, business cards and plastic cards, paper and metal money. Imagine a set of accessories for the average car enthus...

Small children in the house are laughter, happiness and joy. But in the first year of life, everyone, without exception, expects such an event as the appearance of the first teeth. Despite the fact that these teeth are milk, they ...

How to increase immunity in children with folk remedies? Nature's Gifts for your child's Health

The question of how to increase immunity in children with folk remedies is so relevant that there is no need to argue about its importance. After all, no matter how high-quality and effective pharmaceutical preparations are in thi...

Ergonomic backpacks for newborns are increasingly gaining popularity among dads and moms. The design of such a device allows you to carry the baby in its natural correct physiological position. If you list the advantages that a ba...

Many of us have a clear idea of what we are talking about when the headdress worn by Orthodox Jews is mentioned. However, not everyone will answer the question "what is the name of the Jewish headdress" correctly. We suggest that ...