This holiday is one of the favorites of the kids resting in the camp. Neptune Day is often held in kindergarten in the summer heat. In addition to the sea king Neptune, there may be such characters as Water, Kikimora, Little Mermaid, Frog, Jellyfish, Sea Devils and other evil spirits living in seas, lakes and swamps. Educators with the help of methodologists are developing a scenario. 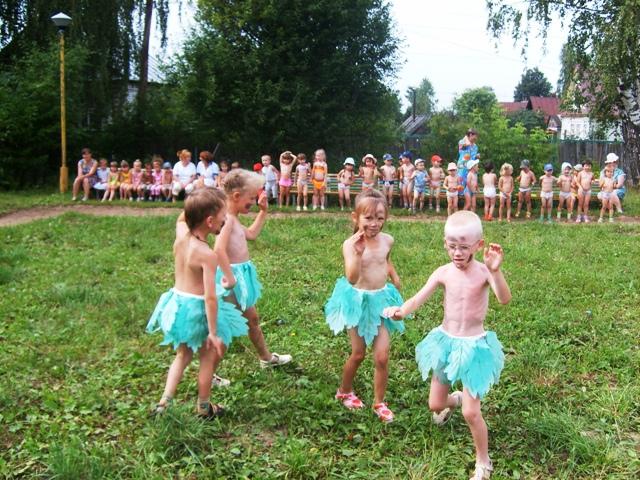 The holiday should be held on a very hot day, because it is necessary to pour water, and in kindergartens that have their own swimming pool, also bathing. In order not to spoil the clothes, children participating in contests change into swimsuits or swimming trunks.

First, the children are greeted by the presenter. He suggests considering the holiday open and together with the children calls the main character - Neptune. The music turns on - some kind of marine theme, and the sea king himself appears under it. Along with him come his assistants, it can be devils, kikimora, fish. Then contests and games are held. Children are divided into two teams with "sea" names. If there is a swimming pool in the kindergarten, then the water descends to a safe level. Many tasks can be performed in it. 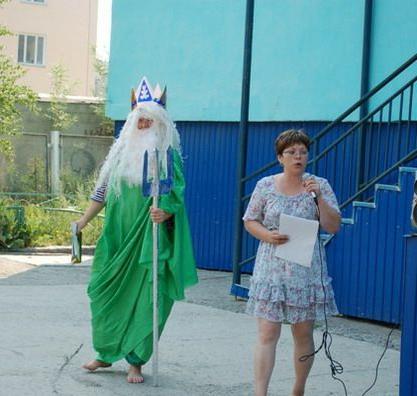 The pool is divided in half, a few coins are scattered along its bottom. Participants are divided into teams and collect money in their zone at speed, passing them to their captain. The winner is the team that copes with the task first.

Instead of coins, kinder surprises without chocolate with a load inside are placed in the pool. Children catch them with small buckets. The team that defuses the largest number of shells wins.

2 boats descend into the water. Team members must moor it to the port located on the opposite side of the pool, without touching it with their hands, but only blowing on it. If there is no pool, then games can be held on the playground. 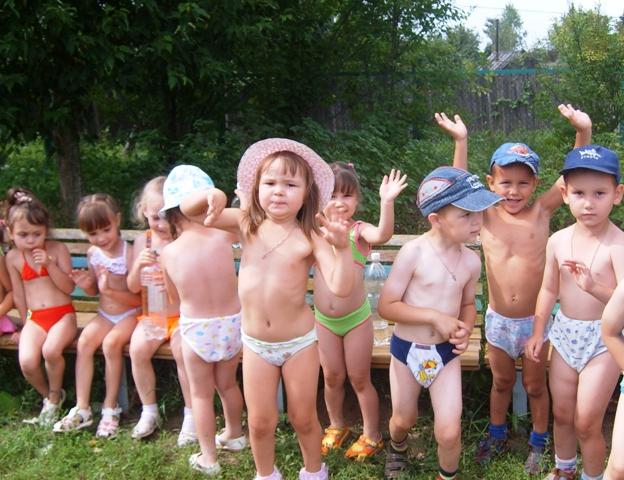 Planks and pebbles are placed on the ground. These are bumps. It is necessary to move from one side of the platform to the other without stepping on the ground. The team with the largest number of participants who managed to cope with the task wins.

Buckets of water are placed on stools. On the other side of the platform are placed cans containing plastic fish. The team members reach the bucket, scoop it up with a wooden spoon and quickly move back, after which they pour the brought water into the jar. The team whose capacity will fill up faster wins. 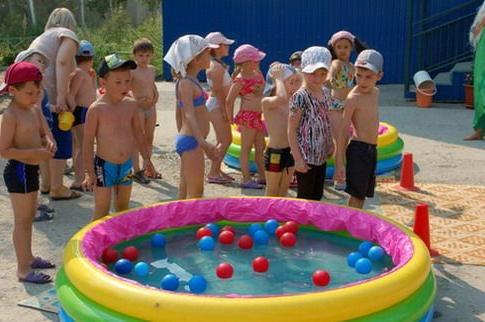 Neptune's assistants are standing on a stool, they have watering cans in their hands. They spin in different directions, pour water. Children have disposable cups in their hands, in which they try to catch the "rain".

Neptune Day in kindergarten. The end of the holiday

In between active contests, you can arrange intellectual ones by picking up riddles on the maritime theme. Then the results are summed up, the winners receive prizes, the losers - gifts. Neptune says goodbye to the guys, praises them, says that he did not expect them to be so brave, strong, and perky. Then everyone pours water on each other. That's how fun Neptune Day is celebrated in kindergarten.

Birthday gifts for dad: with your own hands and at any age

No matter how old your child is, you can always jointly make gifts to dad for his birthday with your own hands. Let's start the list with ideas for the smallest crumbs.Even before the yearEven when your baby is just lying in the c...