When there is a child in the house, anything can happen. And nosebleeds are not the biggest problem. However, every mother should be able to cope with it competently. And for this it is necessary to understand what led to such violations. So, why is the nose bleeding in children?

Young children are very restless and inquisitive, they strive to escape from their parents and independently explore the world around them. As a result, broken knees, bruises and abrasions are simply provided. It is not such a rare phenomenon – nosebleed in children. The causes can be very diverse, but the most common is mechanical damage to this part of the body. As a consequence – bleeding. A child can simply fall and break his nose, he can pick his nostrils too zealously, which injures the mucous membrane. To stop the blood, in this case it will be enough to apply ice or something cold to the clamped nose. However, if the problem persists for 10 minutes, it is better to seek medical help. 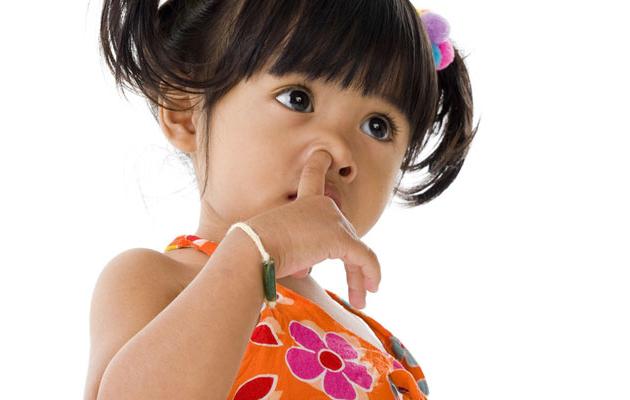 Why else can children bleed from the nose? The problem can be viral or bacterial in nature, when the disease damages the nasal mucosa, and it just starts bleeding from time to time. This phenomenon is eliminated in the usual way – you need to attach something cold to the baby's nose.

Nosebleeds in a child can also be caused by taking certain medications. For example, those that constrict blood vessels – "Nazivin", "Nazol", etc. These medications, with prolonged use, cause atrophy of the nasal vessels, and their injury can occur even with the slightest touch. 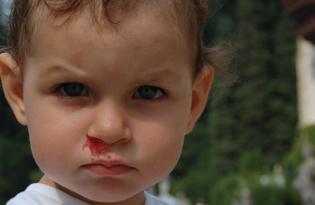 Some diseases can also cause nosebleeds in children. The reasons for this situation lie in poor blood clotting, atrophy of the nasal vessels, etc. The vessels become so thin that they react to the slightest stimulus. And poor clotting results in significant blood loss. Therefore, with such diseases and - as a consequence – nosebleeds, it is better to seek help from specialists.

Why else can children often bleed from the nose? The reasons may lie even in natural conditions. If the family lives in an area with a dry hot climate, the nasal mucosa atrophies, and therefore, even with minor mechanical damage, it begins to bleed. Therefore, children on vacation in the southern regions may experience nosebleeds more often than usual.

If a child has a nosebleed, it is worth checking his nostrils for the development of various kinds of formations in them – polyps or angiomas. These growths can also permanently injure the nasal mucosa and cause bleeding. 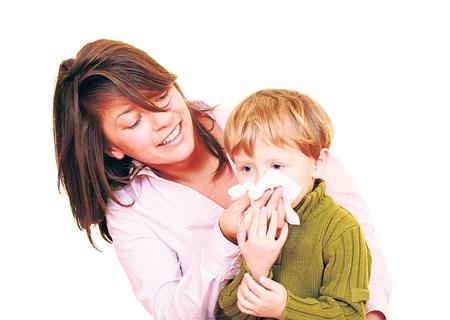 Nosebleeds may appear in teenage girls. You should not be afraid, because this is just a consequence of hormonal changes in the body of a future woman. When the vessels are completely filled with blood, the nasal mucosa can become irritated and bleed.

Severe nosebleed can be a consequence of the negative influence of certain environmental factors. Thus, radiation background, electromagnetic waves of an enhanced nature, electrical, thermal or chemical effects on a child can cause nosebleeds.

Urinary tract infections in a child are a very common cause of hospitalization and in this dubious superiority are second only to SARS.What exactly causes infections? How are they diagnosed in newborns? Is it possible to prevent t...

Domestic cats, as well as humans, are susceptible to diseases, and a rare owner can boast that he has never provided medical care to his pet in his life. For successful, and most importantly, surgical treatment, it is better to us...

Despite the fact that today there is simply no shortage of food in our country, and such goodies as, say, jam and jam are presented in a huge variety on the shelves of grocery stores and supermarkets, many are still engaged in the...

Proper nutrition plays an important role for your pet. In order for the cat to be energetic and mobile, you need to take care of it and make a balanced diet. The right choice of cat food will help to cope with this task in the bes...

In winter, many mothers are concerned about the question of how to cure cough in children? In cold weather, many children get sick. When a baby coughs, I want to cure him quickly, and with safe medications. Parents turn to doctors...

Many cat lovers are deterred from acquiring their furry pet by the presence of very sharp claws. And not at all because the cat can scratch the owner. But the damage to property, and especially upholstered furniture, about which i...