In nineteen eighty-three, a new breed appeared in the USA (Louisiana) - short-legged cats (munchkin). They are surprisingly sociable, friendly and affectionate creatures. They are very attached to their master. The main feature of this rather rare breed is shortened limbs. At the same time, all the other bones of the skeleton are completely normal. This phenomenon is explained by mutation. 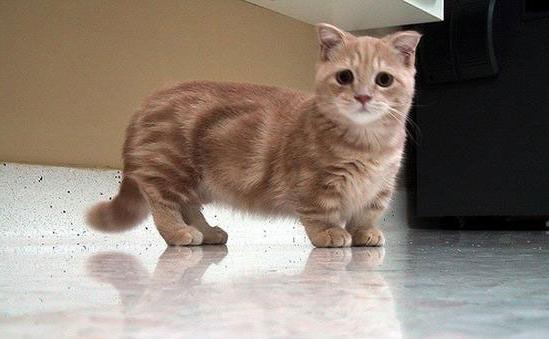 Sometimes these funny animals are called "dachshund cats". Their movements are a bit like ferrets. They can have both long and short hair of a wide variety of colors. Once you see it, you will never forget what short-legged cats look like. Their appearance amazes everyone. When an animal is lying down, it is no different from an ordinary cat, but as soon as he gets up, his short paws immediately catch his eye. This is perhaps the only difference between it and other breeds. Such a physiological feature does not prevent the baby from enjoying life at all.

There are two varieties of these animals – they are long-haired and short-haired. In Germany, short-legged cats are called "kangaroos" for their peculiarity - to sit down "in a column" and inspect their territory. They can stay in this position for a long time. A short-legged cat, whose price exceeds 30,000 rubles, is not yet very common in Russia.

The birth of Munchkins is dictated by the presence of achondroplasia – the dominant gene in the genotype. If at least one parent belongs to this breed, then there will definitely be short-legged cats in the litter. It is believed that as many of them should be born as ordinary animals were born, but this happens very rarely.

Short limbs in no way affected the mental development and intelligence of the animal. Sometimes such ungrown feline representatives are called dwarfs, but this is not correct. In real dwarfs, all parts of the body are reduced. 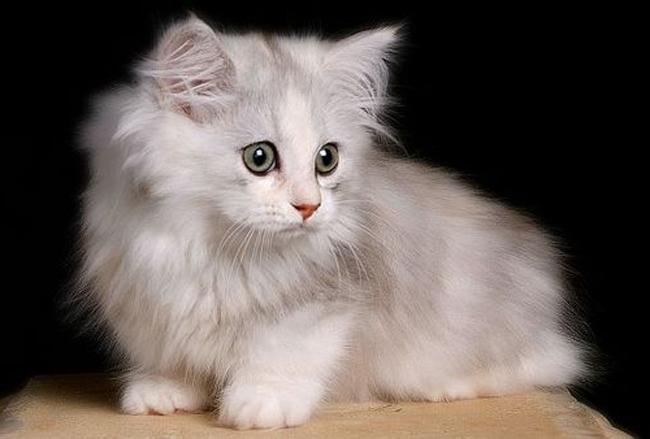 Munchkins are mobile and funny animals. They love games very much. They jump badly, but they run well, crawl through trees and climb into narrow crevices. If there are other animals in your house, then you can be sure: Munchkin will definitely become a leader. Short-legged cats get along well with dogs, love to play with children.

There is another kind of these amazing creatures. This is a bambino, a short-legged cat, whose photo you can see in our article. Charming babies are bred by crossing Canadian sphinxes and munchkins. Elena Chernova, the curator of the Sphinx Center, founded the breed. In 2005, the first bambinos were registered in our country. This can be considered a major event, since Russian felinologists rarely manage to become the founders of a new breed.

In the USA, the development of this variety is very slow – major breeders of sphinxes are causing obstacles, and besides, there is not yet the necessary number of supporters of this breed who are ready to invest in this population. 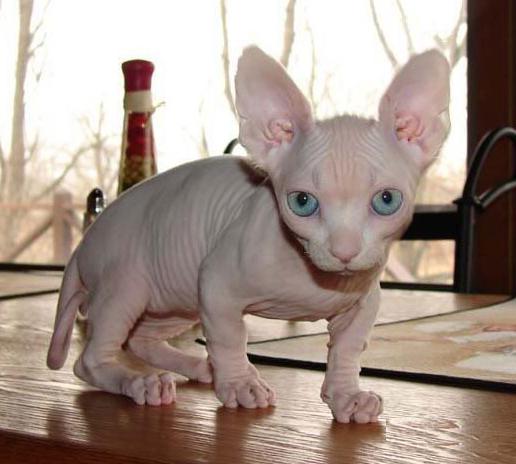 Bambinos have incredible grace and plasticity, which is more like the grace of a predator (for example, a marten). Animals are endowed with high intelligence. They learn simple commands very easily, remember the daily routine set by the owner well. They treat people kindly, one person is often singled out in the family. The character is cheerful, lively, active. They get along well with other pets, and children are delighted with these babies.

Tips for children: how to persuade parents to get a dog

How to persuade parents to get a dog? Children have been thinking about this question since early childhood. After all, every time a child sees a puppy, he wants to become his master, wants to play with him. But many adults are ne...

Do you want to choose a dog for a child? This article is for you!

This article is written specifically for parents choosing a dog for a child. The author sincerely hopes that a few recommendations given below will help you make the right choice. So...Which dogs are suitable for children?First of...

How to recognize the first signs of chickenpox in a child

Chickenpox is the most common disease in children. Usually it is affected at the age of 5 to 10 years. After the disease, immunity is preserved for life. This disease is very contagious and is transmitted through direct contact wi...

Do I need a first trimester screening?

The first comprehensive examination of the baby is carried out long before his birth. So, for a period of 11 to 14 weeks, obstetricians and gynecologists recommend that almost all their patients undergo screening of the first trim...

When is Kissing Day? We'll find out

A kiss has always been considered a symbol of love and passion. Such epithets as "the seal of love", "the nectar of breath" were applied to him. Even a special day is dedicated to him. "When is the Day of kisses?" - you ask. The s...

Modern trends in interior design are such that many seek to embody some exotic features in it. Moreover, it is not necessary to look for some rare and original decorative elements around the world for this. It is enough to buy a T...