Since ancient times, coal mankind uses as a source of energy. In our days this fossil is used widely. It is sometimes called solar energy, which is conserved in the stone.

Coal is burned to give heat, which is for hot water and heating homes. Minerals used in technological processes of smelting of metals. In thermal stations coal by combustion is converted into electricity. 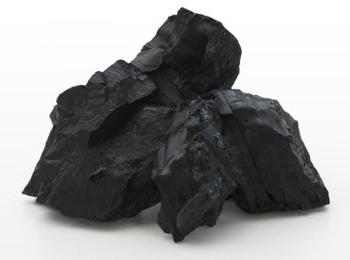 Scientific advances have allowed us to use this valuable substance otherwise. So, in the chemical industry successfully developed a technology that allows to obtain from coal to liquid fuels, as well as such rare metals such as germanium and gallium. Of valuable fossil currently extracted carbon and graphite composite materials with high carbon concentration. Also worked out methods of producing plastic and gaseous fuel of high calorific value coal.

A Very low fraction of low-grade coal and its dust after processing is compressed into bales. This material is an excellent choice for heating private houses and industrial premises. In General, release more than four hundred kinds of products after chemical processing, which exposed the coal. The price of these products in ten times the cost of the feedstock.

Over the last few centuries the mankind actively uses coal as the fuel required to obtain and convert energy. Moreover, the need for this valuable fossil has been recently growing. This contributes to the development of the chemical industry and the need to get out of it is a rare and precious elements. In this regard, in Russia today there is an intensive exploration of new deposits, created mines and quarries, construction of enterprises for processing of this valuable raw material.

Origin of the fossil

In ancient times the Earth was warm and humid climate, which is rapidly developing, and diverse vegetation. From it in the future, and formed coal. The origin of this fossil lies in the accumulation of billions of tons of dead vegetation at the bottom of swamps, where they were covered with sediment. Since then passed about 300 million years. Under the powerful pressure of water, sand, and various rocks, the vegetation is slowly decomposing in an anoxic environment. Under high temperatures, which gave close to the magma, was the solidification of this mass, which gradually turned into coal. The origin of all existing fields has just such an explanation.

The Reserves of mineral and mining

The planet has large deposits of coal. In total, according to estimates, the bowels of the earth store fifteen trillion tons of this mineral. Moreover, the extraction of coal in scope is in the first place. In the year it is 2.6 billion tonnes, or 0.7 tons per inhabitant of our planet. 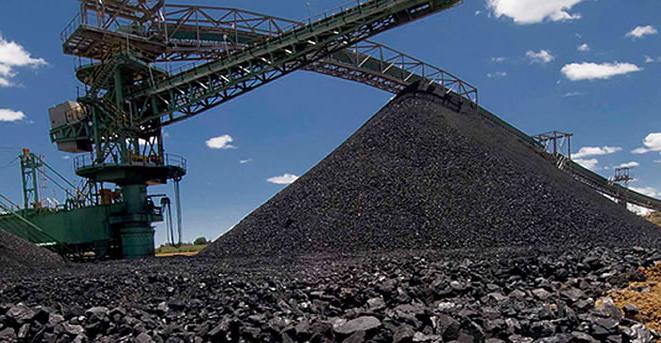 Coal Deposits in Russia are located in different regions. And each mineral has different characteristics and has its depth. Below is a list that includes the largest deposits of coal in Russia:

The Stone coal in Russia is mined in the Pechora coal basin. Actively developed the field and in the Rostov region.

Selection of coal for production process

In various industries there is a need for different brands of mineral. What differences has the coal? Properties and quality characteristics of this product vary widely. 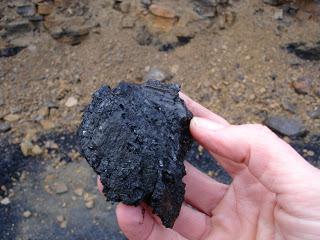 Coal differ in the following properties:

Depending on the purpose of use can be purchased various coal. Properties of the fuel become clear, based on the degree of enrichment. There are:

1. Concentrates. This fuel finds application in the production of electricity and heat.

2. Industrial products. They are used in metallurgy.

3. Sludge. This fine fraction of coal (up to six millimeters), as well as the dust generated by crushing rocks. From the slurry to form briquettes having good performance properties for domestic solid fuel boilers.

This indicator is distinguished:

1. Brown coal. This is the same coal, is only partly formed. Properties are slightly worse than those of higher quality fuel. Brown coal produces low calorific value when burned and crumbly during transportation. In addition, he has a tendency to spontaneous combustion. 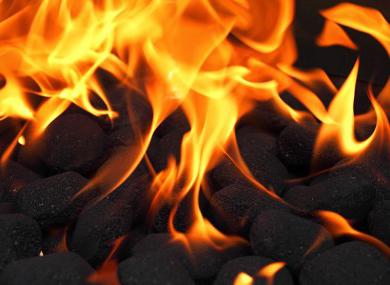 2. Coal. This type of fuel has a large number of varieties (brands) whose properties are different. It is widely used in the energy and metallurgy, utilities and chemical industries.

3. Anthracite. This is the highest quality form of coal.

The properties of all these forms of the mineral are significantly different from each other. Thus, the lowest heat of combustion typical of brown coal, and in the highest – anthracite. What is the best to buy coal? The price must be economically viable. On this basis, the cost and specific heat in the optimal ratio are ordinary coal (in the range of 220 dollars per ton).

The choice of coal it is important to know its size. This indicator encrypted in the brand fossil. So, coal is:

- “W” – dross, which is a mostly coal dust, designed for briquetting.

- “R” – private or estandarte, which can be fractions of various sizes.

This is the least high-quality coal. Price had the lowest (about one hundred dollars per ton). Brown coal formed in ancient swamps by compression of the peat at a depth of about 0.9 km. It is the cheapest fuel that contains a large amount of water (about 40%). 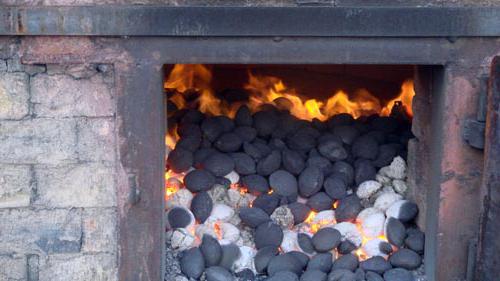 In addition, brown coal has a rather low warmth of burning. There is a large number (50%) of the volatile gases. If you use brown coal for heating furnace, it is its quality characteristics will resemble raw wood. The product is difficult erupted, a lot of smoke and leaves behind large amounts of ash. Often this raw material is prepared briquettes. They have good performance characteristics. Their price ranges from eight to ten thousand rubles per ton.

This fuel better.Coal – is a mountain breed, having black color and matte, semi-matte or shiny surface. 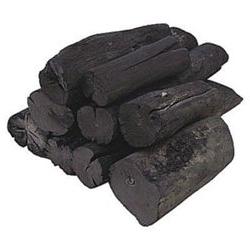 In this type of fuel contains only five to six percent moisture, which it has a high heat of combustion. Compared to oak, alder and birch firewood coal gives heat in 3,5 times more. The disadvantage of such a fuel is its large ash content. The price of coal in the summer and autumn ranges from 3,900 to 4,600 rubles per ton. In the winter the cost of this fuel increased by twenty to thirty percent.

If the fuel you intend to use for a long time, then it should be placed in a special barn or silo. There it must be protected from direct sunlight and from rain.

If the pile of coal is large, then the storage must be constantly monitored their condition. The fine fraction in combination with high temperature and moisture can ignite spontaneously.

The subjects of small and medium enterprises: criteria, classification

At the heart of any economy lies in entrepreneurship. The right to engage in any business prescribed in the constitutions of practically all countries of the world. Of course, we are talking about legal (not prohibited) matter. In...

Slaughtering the rabbits at home. Methods of slaughter of rabbits

Breeding rabbits – business profitable and do not require too much monetary investment at the initial stage. In order to achieve good results, however, it is necessary to know not only about how are the feeding and mating an...

The ADX indicator. A technical indicator ADX and its features

the ADX indicator is a indicator directional movement. Its main purpose is to measure the momentum of the trend. He is also known among traders as Average Directional Index. The technical analysis tool allows to determine the stre...