He played many different roles: Dmitry Volkov in the ‘Friend of special purpose" and Maxim Voronov «Ivan Podushkin: Gentleman detective" Ivan Platonov in “Necklaces for women Snow” and Konstantin Vladimirovich in “the Equation with all known Andrei Pankratov to “Law & order” and Victor Lebedev in the "Sniffer". But all his characters had one thing in common — they turned out real, interesting and alive. Yes, as long as it is not included in the list of celebrities "first echelon", but still fairly well-known. It is praised by critics and Directors. And there is no doubt the fact that very soon his career will soon move to a whole new level. So who is this genius and a workaholic? Well, of course, handsome Ivan Oganesyan. The Russian, who has Armenian roots.

March 9, 1973 in the family of pianist and Opera singer, was born a son, whom he called a simple Russian name Ivan. The boy just was destined to become a musician. It should be mentioned that almost the entire family had very strong ties associated with music. In the house constantly heard classical works of Schubert, Chopin, Tchaikovsky, Mussorgsky.

Vanechka almost from the first weeks of life accompanied his parents on tour and growing up, that is, in the shadow of the wings. The family often moved because after receiving an interesting proposal, mom and dad immediately Packed her bags and rush to explore the next stage.

Despite the fact that the future actor was born in Saratov, in the first class he went in Bishkek. Then the family moved to Yerevan, and from there — in Batumi.

As he from childhood absorbed the atmosphere of the music, it is not surprising that the time came when Ivan Oganesyan Also became attracted to the musical arts. By the way, the house was already a tool for it: the cello, which was about a hundred years. Once upon a time it was a gift to my mom from a fan-cellist. But nobody played, she stood, covered with dust. Vanya decided that it is wrong. In childhood, he diligently started learning to play the cello. Later on, he even moved to Minsk, where he was the only Soviet school, which was prepared by cellists the world level. For young talents even was a boarding school, which accommodated non-resident children. At the age of 14 years moved there and Vanya. Everything was created in order to keep the boy could learn. But there it was. 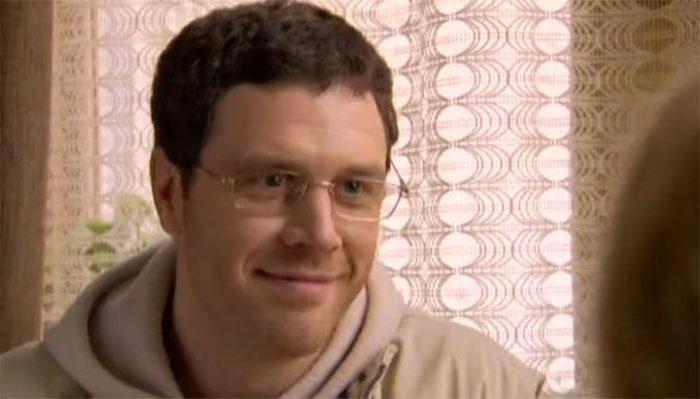 In 1989, he moved to Moscow. In the capital comes on the music faculty of RATI. But here he lingers on for a long time, because finally realizes that music — it was not for him. And in the walls of the same institution Ivan Oganesyan, whose personal life started to interest fans from the very first appearance on the screen, transferred to another Department — acting.

To Graduate Hovhannisyan never happened: the troupe of Jewish theater «Krasnodar», he went to the promised land. But due to some difficulties with the documents he had to move from Israel back to Moscow, but back to the Institute already not accepted. And then came to the aid of the cello. Ivan Oganesyan Remembered what he studied in Minsk, and got a job in the capital, the orchestra of the operetta Theatre. Every time playing in the orchestra pit and looking at what happens nightly on the stage, he thought about how to be there.

The Dream of speech under the arches of the theatre was carried out only when Ivan was age 29. Accidentally got a place in the troupe popular at the time of the musical "northeast". In 2002, he was asked to play the role of one of the pilots. The performances took place every day. 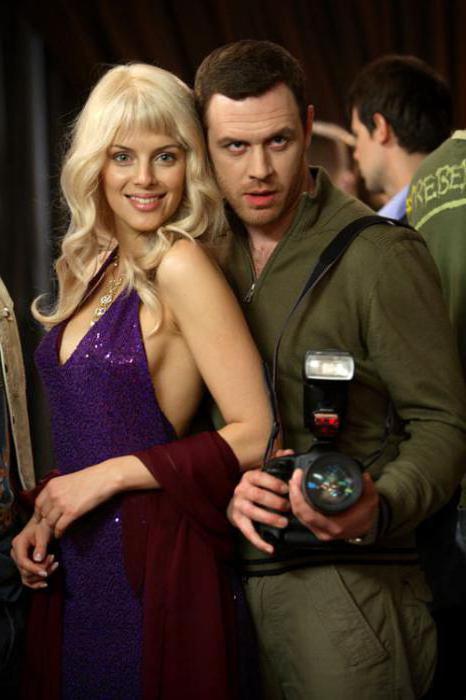 On that fateful day, October 23, 2002, which the country will remember for a long time, the actor, as usual, came to work. But during the show something terrible happened. Theatrical center on Dubrovka became the epicenter of the terrible events that shook the whole country. For 3 days the terrorists held hostage auditorium and theater artists. Even after 13 years, the actor Ivan Oganesyan Remembers the pain, because then he can't believe what is happening, that this horror is the most that neither is true.

A little time Passes after the incident, and he actively began to attend auditions. And all began to be adjusted.

Since 2003, began to occur quite significant for said changes to his work. The debut of his film career was a small role player in the series “Desirable”. He was noticed by film Directors and critics. Later, the scale of his roles began to expand. And in the TV series ‘Rescue & survive” and “Persona non grata” was even offered a rather large role, which he successfully performed. 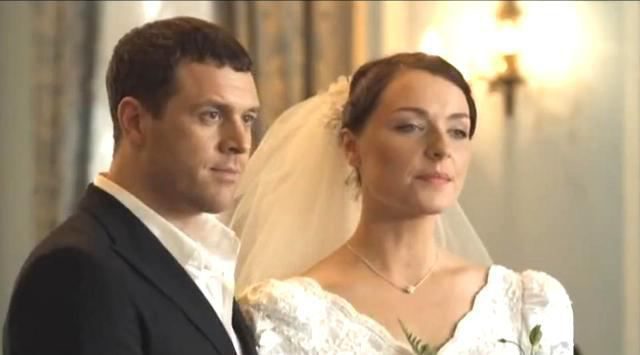 Ivan Oganesyan, filmography which now began to grow rapidly, I am sure: it is with a sad and scandalous story of the "Nord-OST" and the last two roles came to him first in popularity. He began to interview and invite to various shows. But the new interesting role was had yet to come.

The year 2005 also brought him four new roles. All the characters were different, and because playing them was very interesting: Dmitry Volkov, a friend of Barbara in the ‘Friend of special purpose" of the honest and the lovely major of militia Maxim Voronin in “the Gentleman detective Ivan Podushkin”, Denis Tarasov “always say "Always-3"» Igor “the Snow Queen».

Embodiment of the on-screen characters, which are mentioned above, gave great impetus to the development of his career. Ivan Oganesyan, filmography which in subsequent years was supplemented by several good roles for four years was translated to the screen one of the main characters in the detective picture “Law & order: Division operative investigations”. This role added popularnosti already a recognizable actor.

He had a Chance to become one frame with one of the most beautiful Actresses of modern cinema Olga Budina: four-part picture “the Equation with all known" (a psychologist) and “Necklaces for women Snow" (Ivan, don't believe in love as a young man). 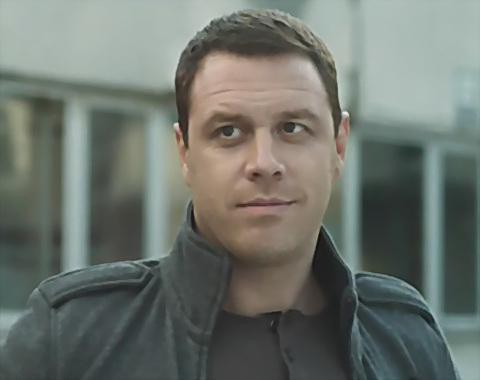 So, leaving a trail of his acting in different films, Ivan Oganesyan, whose personal life does not cease to be interested in young fans, has cemented the image of the fatal macho. Without exception, his characters always remain real men and in an instant, can turn the head of any woman. And once he appeared on screen in the sitcom “My fair nanny», playing a young man's step, who almost seduced very Victoria Prutkovsky.

Two years ago in the Saga of “Trap” he played Garik — Igor Shemyakin, criminal authority. His character is quite cruel, but at the same time — elegant, stylish, has a terrific sense of humor. In this picture high quality is present everywhere: in acting, in directing, in the script.

His future wife Anna Ivan Oganesyan met in the early 2000s. However, their relationship was very difficult. Perhaps the family would never happened, if the choice of the actor was not pregnant. Ivan, upon learning of the imminent birth of his son, decided to marry. 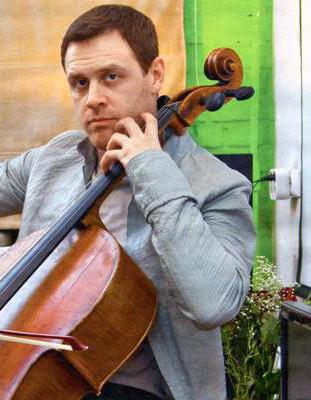 Again there was one Ivan Oganesyan. Wife (now ex) and daughter currently live in London. Her dad sees often, they are best friends. And the actor is now working hard to still find a soul mate.

national history of space exploration is full of heroes. One of them-Pavel Vladimirovich Vinogradov. He began his journey to the distant Chukotka and hardly even dared to hope that when something will fly into space. But the desti...

What medieval rites depicted in ancient miniatures: a brief description

the Question of what medieval rites depicted in ancient miniatures, it is quite common in various school assignments (exercises, contests, etc.). Work with illustrative material is important because the child forms a visual repres...

Us Senator John McCain, as a person, has become a kind of cliché in public policy, triggering a pre-programmed attitude and lack of understanding among ordinary citizens. But a smart man will think, analyze and understand the impo...

a Shrub with fragrant flowers, the aroma of which pronounced citrus notes, among gardeners is likely called "Jasmine garden", but in fact it is chubushnik coronal. Its period of flowering-the last week of may. On the sam...

the Current President of Latvia Raimonds Vejonis (born 15 June 1966) in his post from July 2015. He is a member of the Green party, a member of the Union of greens and farmers. Previously held various Ministerial posts, was a memb...

The information society is our future

Humanity over the long history of its existence has gone through many stages of development, from the primitive community to the era of "developed capitalism." Modern society is entering a new era - an era of advanced information ...