One of the most famous places of St. Petersburg-the island of Sulphur. And much of it is familiar because of the scandal that broke out over the bridge to the island. The bridge is located on Malaya Neva embankment which often becomes the place to visit for many tourists.

The Bridge and the island of Sulfur is very popular among local residents. Malaya Neva divides the city into two parts, complicating the residents of different regions the ability to move. The only link between them – the bridge.

Construction of a bridge across the Isle of Sulfur was more of a necessity than a whim. All the bridges connecting the island with the city, bred in the night, the metro closes, so get out of the city to the island impossible. Add to this the increase in traffic flows! Bridge in St. Petersburg through the Sulphur island, which is the only fixed, it becomes a real salvation for most motorists.

Because of the construction of a bridge across the Sulphur island city defenders launched a struggle for change of the project design. And all because of the height of the building – 93 meters. The bridge was conceived so great to be able to see even from the city centre. And this, according to local experts, to spoil the impression of the General appearance of Peter.

If you go to a construction site, one might think that the construction of a bridge across the island of Sulfur is in full swing. You will not guess that the construction plan is still not approved. The reason is clear: the idea was planned to implement for the world Championship on football which will pass in 2018, so you'll have to hurry. 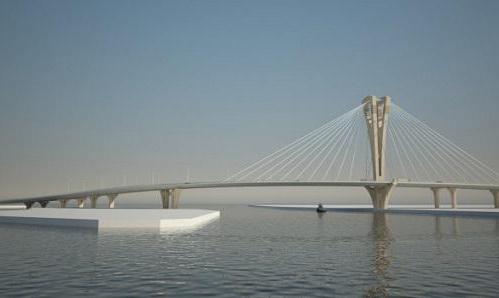 Actually, the bridge was shrouded in strange and mysterious stories. Construction began last spring. And all was going well until the Procurator did not notice that a building permit, which is issued by the Service for state construction supervision and expertise of the Builder.

Later, the bridge needed permission to demolish the building. However, it later turned out that it was built before 1917. According to the legislation of the Russian Federation, the demolition of such buildings is prohibited. The way out of the problem found – forged documents. So, the official year of construction of the building began in 1920. However, the fraud was uncovered and opened a criminal case, the results of which are still unknown.

According to Deputy Alexey Kovalev, the construction of a bridge in St. Petersburg through the island of Sulfur is difficult, worthy out of the situation yet. The blame for simple negligence and greed on the part of the developer, because the proposals to reduce the height of the bridge were made before the start of construction, however, they were for some reason ignored. 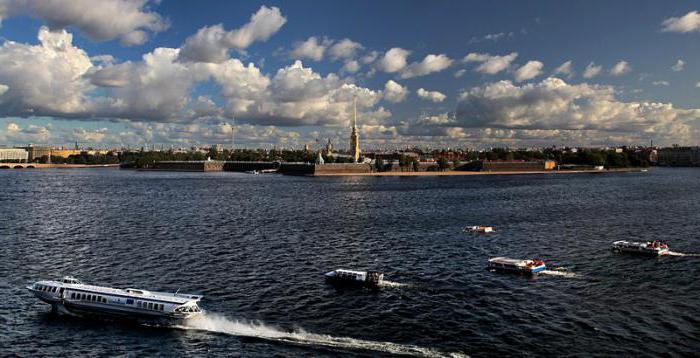 Even when the topic became public, the measures were not adopted. For example, when the Vice-Governor of the city learned about the situation with the bridge over Sulphur island, he was ordered to immediately reduce the height, not tightening. Yes, the instructions were given, but the problem is still unresolved.

Oddly enough, the opinions of the authorities and ordinary residents about the problems with the island of the Sulphur match. However, the decision of this question, according to the chief architect of the city, not so simple.

Vladimir Grigoriev considers that for a successful way out of the situation you want to change the bridge project and only after that to continue the construction. However, to complete the construction of the bridge specified in the original term is not possible: too much work to be done.

The Only solution-to correct some things, to find a compromise between the preservation of historical panoramas and compliance with the terms of preparation for the football Championship. However, the big changes it will bring.

Not to say that the developer is not doing anything at all. The height of the pylon was already reduced three times - from 93 meters to 30. However, later the project was modified and the height was again increased - to 44 meters. According to Russian regulations, some structures of this height is considered acceptable, the bridge – one of these buildings.

However, the changes still don't have power - they only exist on paper. Workers were in a difficult position: to act according to the original plan anymore and the changes have not yet entered. And suspend is not possible, because time is running out. Currently work is being done on those elements of construction that remain unchanged. 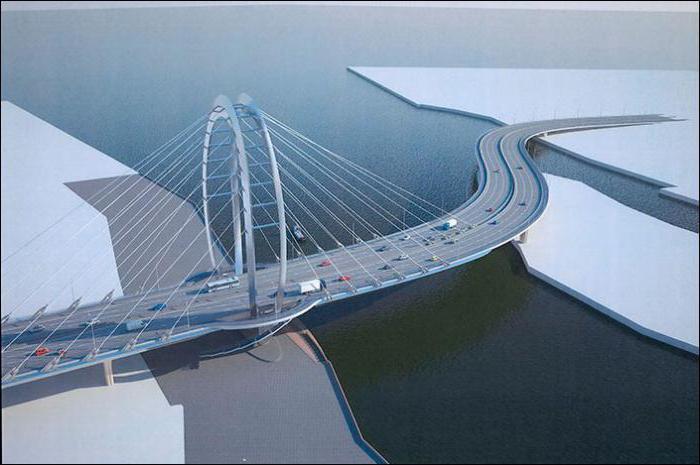 According to official data, the changes are sent to construction expertise. It is planned to finish by the summer of 2018, by that time under the bridge should have been court.

However, here, the theory again runs into harsh reality. The official structures has not yet given its approval, and the construction was not going to stop. One explanation: a bridge must pass. Therefore, it is likely that by the time you resolve all the problems with the papers the construction of the bridge will go to its logical conclusion.

Popular clubs of Kiev: where to spend the evening

In Kiev, a lot of active advanced youth, and therefore night life in the Ukrainian capital is in full swing. Places where you can relax, dance and relax, located in the city centre and in residential areas. But popular clubs in Ki...

the Airline "Emirates airlines" has been on the market for a long time. It is considered one of the best in the world. Many people in the planet I dream to fly its planes, after Emirates even in economy class a very rich service, ...

Mirny Airport – a regional transport hub in the Republic of Yakutia. It is just 4 km from the eponymous village. Flights from here are mostly in the large Siberian airports. He also performs the function of an alternate airp...