The Plant is “Red triangle” was the first manufactory for the production of rubber products in the Russian Empire. For years the company remained a leader in the production of galoshes, rubber boots, household and industrial purposes, conveyor belts, tekhplastiny, belts and other products.

Today, the production stopped for the most part, continue to work a few small shops. In the future, it is planned in the area to organize a "cultural space": studios, galleries, workshops, cafés, etc. 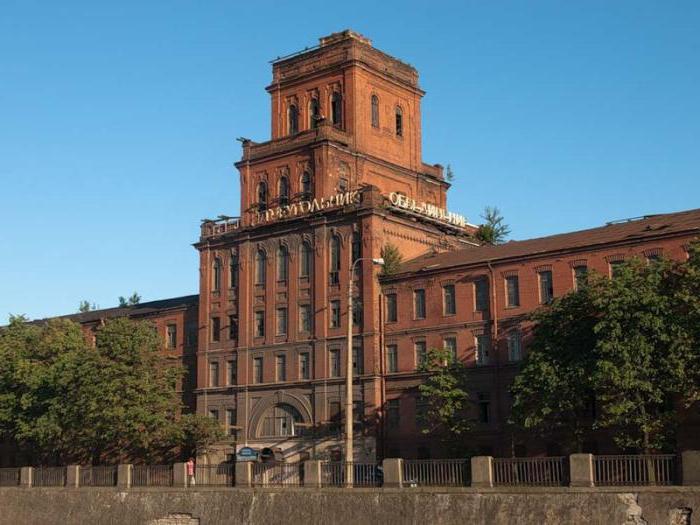 The Second half of the XIX century was marked by rapid growth of the chemical industry. The development of technology for production of rubber from natural rubber made it possible to produce rubber products from galoshes to tires. However, in Russia such technologies did not exist.

In 1859, the Russian Empire was visited by a businessman from the United States Ferdinand Krauskopf. He was amazed that in such a vast country with raw climate such elementary things as galoshes, were very rare and imported from abroad. Appreciating the enormous size of the market, the merchant has gained the support of influential people and created “the Partnership of Russian-American rubber manufacture” (TRRM). On the outskirts of St. Petersburg grew the country's first manufactory for the production of rubber products and of footwear on an industrial scale. 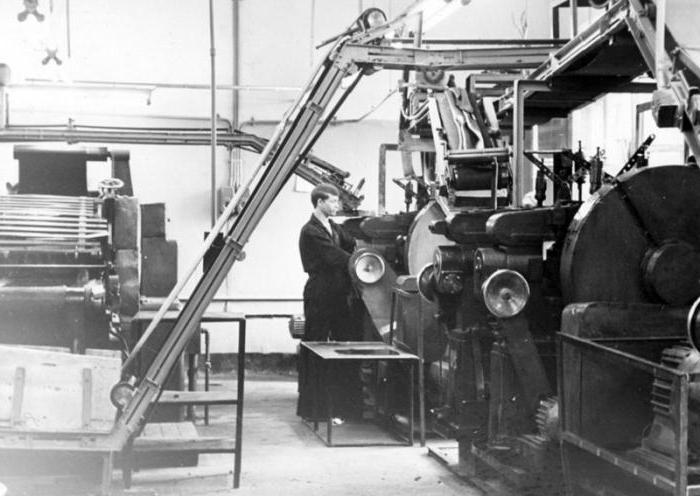 The first months of the plant “Triangle” (Red it was named during the Soviet period) has earned a reputation as a manufacturer of high quality products. And no wonder – in its shops was the most advanced foreign equipment and process technology were classified.

In the first year the company started to bring profit to the founders. Here is manufactured galoshes, rainwear, pillows, mattresses, rubber tubes, sleeves, pump, belts skinnie, colored tyres and other products. In 1888 TERM received the right to brand their products the trademark of quality in the form of a triangle. In just half a century the manufactory produced 282 million pairs of galoshes, putting a world record.

With the coming to power of the Bolshevik government, the company was nationalized and in 1922 received a new name – plant "Red triangle”. In order at least partially to satisfy the deficit of rubber products, the company introduced a new method of production – a collective Assembly. The process was divided into 8 operations, and each area perform only its task. This allowed to optimally operate the equipment, to raise qualification of employees and to eventually reduce time of manufacture of galoshes.

In the 20-ies of the engineers ZKT clamping invented a machine that would allow you to securely stitch down soles. Since 1927, with the collective Assembly, the company moved on the conveyor, as a result, productivity has doubled. 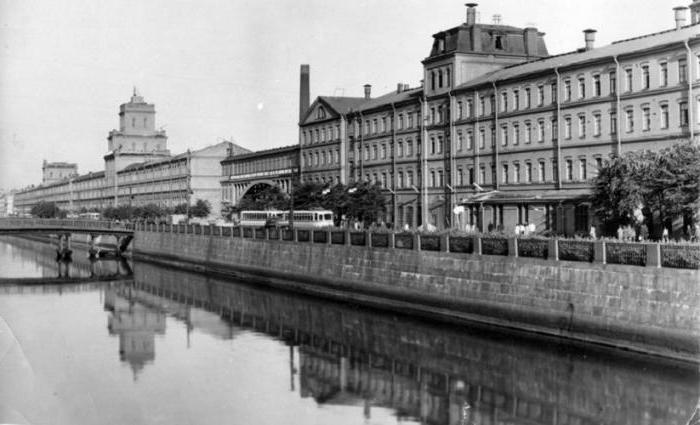 The Young Republic was in dire need of rubber products, but their production was hampered by the absence of its own raw materials. Natural rubber was expensive and imported from abroad. In 1928, the Leningrad group of talented chemists have developed a revolutionary method of obtaining synthetic rubber. Innovation decided to try the factory “Red triangle” and in 1932, for the first time in world practice, was obtained by artificial rubber. The new production was purchased modern equipment. Many of the operations were mechanized.

WWII caused a lot of inconvenience to the plant workers. Part of the production (including bus) was evacuated. But the site continued to produce some types of products, mainly for the needs of the front. Territory ZKT constantly shelled, destroyed 22 of the housing. 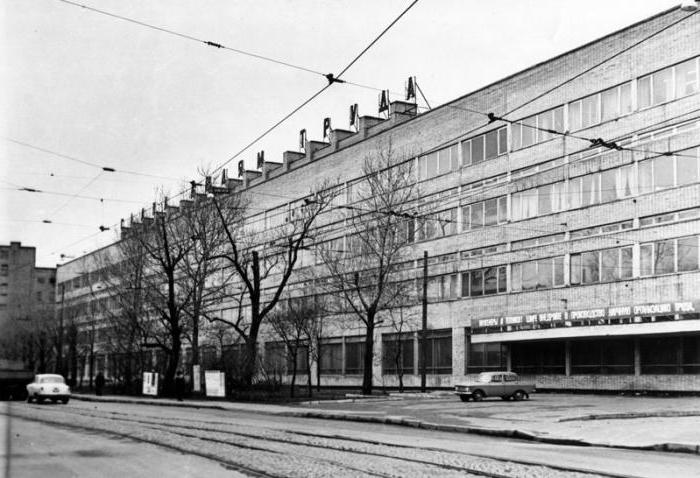 After the war, it took tremendous efforts to restore the plant. It was necessary not only to rebuild buildings, but also to equip power the new equipment. In 1949 the company acquired a unique foundry of rubber products under pressure. Breakthrough technology has allowed us to increase production by 70 %.

Tyre production had to restore from scratch, this had neither the personnel nor the appropriate tools and assemblies. Its reconstruction was only completed in 1959.

To the 70-th years of Leningrad has grown enormously. So that ‘Red triangle” is actually in its Central part. Hazardous spoil the environment. It was decided in the next 15 years to modernize the whole production complex. However, something went wrong and the process of reconstruction was delayed until the era of Perestroika. Funding is not enough. And after the collapse of the USSR «Red triangle” in St. Petersburg was no use.

In 2001, began proceedings on the fact of bankruptcy. Subsequently, the plant was divided into separate small companies that produce products in much smaller scale. The main areas today are in a deplorable state.

The territory of the plant “Red Triangle" (address: 190020, St. Petersburg, Naber. The bypass channel, 138) is of great interest to developers, however, dispose of unneeded buildings and deactivation of the soil requires a huge investment. In addition, part of the buildings is an example of industrial architecture and has historical and cultural value. The city administration planned, by the example of other cities, to organize in the territory of the cultural cluster with the formation of “creative blocks”.

What is unified communications?

improving the efficiency of business processes is achieved in various ways. One of them is the integration of all communication means used by the company. According to experts, and firms, to simplify this process is possible due t...

For creative people a good way to realize their potential will be the opening of your own business. Beauty salon – a lucrative area in which you can earn good money. After all, beauty-is, perhaps, the only thing the women ar...

Exploitation-exploration drilling – activities aimed at the search of raw materials in the bowels of the earth. In the early 19th century in France this way conducted a search of the water. In 50-ies of the same century with...