In order to get a good crop of plums, it is necessary first of all to choose the right variety. Those of today, there are many. One of the most interesting and popular varieties of plum is "stenley". This variety is very well suited for growing in southern regions of Russia. For example, in the Krasnodar region.

This Strain was bred in the United States. In our country for the first time in the state register, it was listed in 1983. While he was assigned to the North Caucasus region. Popular variety is not only in our country but around the world. At the moment it is most often used in the production of prunes. 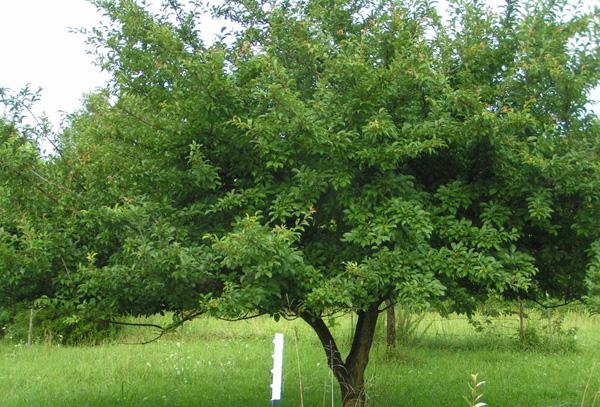 Plum "stenley": description of the class

Represents this variety is not too tall tree with a fairly compact and rounded and rare crown. The trunk of this plum has the grey dark color, straight and slightly flaky. To cracking the wood when growth is not inclined. Shoots tree gives straight, slightly okrujenie.

Leaves, plums of this variety are round, with a blunt end, are medium in size (7 cm long, 4 cm wide), almost smooth, glabrous from above. Bottom plate along the veins covered with small hairs. The concavity of the leaves of a medium and the fabric fairly loose.

Plum Blossoms "stenley" white flowers. The petals them to each other and not pressed. Stamens and pistils are quite long. First grow to 7-12 mm, the second – up to 11 mm. Stamens in a flower is usually a lot of – up to 28 PCs. 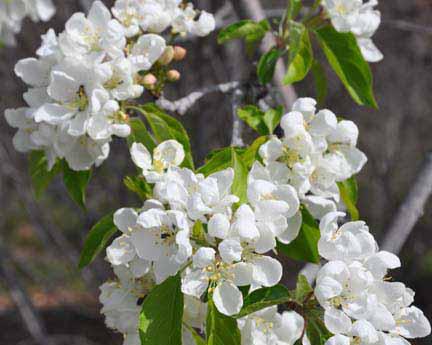 The Fruit of the plum variety "stenley" has a large, neat. In length they can reach up to 53 mm, width – 40 mm in thickness – 37 mm. Average weight – 50 grams. The shape of the fruit ovate, oblique. Abdominal seam they have a very strongly expressed, however, by cracking they are not inclined. The wax coating on the fruit of this variety is well marked and almost hides a very dark purple color skin. Latest from the pulp separated with difficulty, is of medium thickness and loose consistency. The flesh of the plums is sweet, fibrous, moderately juicy, has a yellow color. The tip of the fruit is rounded, base is elongated. Funnel the stalk is of medium depth. Pit rather large, elongated. Its weight is about 3.3% from the pulp. 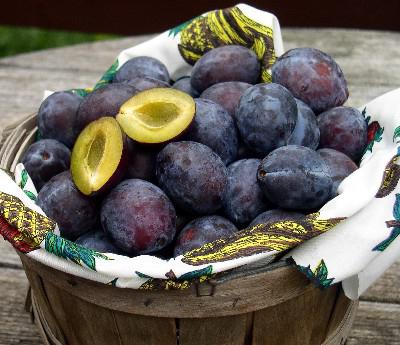 Plum "stenley", characteristics, yield and pollinators which will be discussed below, gives the fruits containing the following substances.

A Variety of plum "stenley" refers to partially samoplodnye. However, to put next to other plums will still be good. Especially good for this purpose, suitable varieties of "President" and "Express". 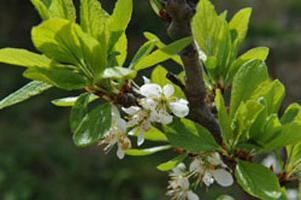 Features of the class

Plum "stenley", a description which has been given above, has a very good yield. This variety bears fruits regularly and very heavily. Blooms around mid-April. Fruits ripen later – in late August and early September. Applies to winter-hardy variety. To fungal diseases resistance is no different. Rarely infected with polystigma and scarce. To monilia, unfortunately, is not too stable. The first harvest of plums can be obtained already in the third year after planting.

Plum "stenley", feature which allows to judge it as a very good variety, recommended for growing on personal plots of land and industrial scale.

The Opinion among gardeners about this variety is pretty good. Highlighted its high productivity. From the same tree "stenley" you can collect a year to 60 kg of fruit. However, to put this plum is still recommended only in areas located in warmer regions of the country. Although this variety is claimed as winter-hardy, cold in Central Russia, he suffers pretty bad. The positive reviews are about the quality of the fruit. Very good, suitable for fresh consumption and for canning. In addition, they can still dry. With regard to transportability, in this respect, "stenley" also earned quite good reviews. 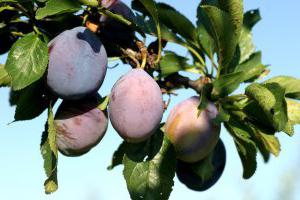 Plum "stenley", a description which we have given above, like many gardeners also because of its simplicity. The fact that it is able to grow on almost all soil types. However, experienced gardeners forget to water "stenley" I do not advise. Resistance to drought, unfortunately, this variety is no different.

Plum "stenley", reviews of which, as you know, mostly positive, can be planted in the soil asin spring and autumn. However, in the first case will be trees, most likely, better. The seedling is placed in the hole depth and diameter on the order of half a meter. Excavated soil mixed with compost in a ratio of 1:2. The pit is filled to half. The operation for preparing the hole in a similar way, you need to make about a week before planting. During this period the soil has time to settle. Bury the seedling in the hole so that its root collar was at the level of the soil surface or was 4-5 cm above it. Roots sprinkle ordinary ground without fertilizer, which should be lightly compacted to remove voids.

After landing around the trunk make the root round the tree and pour 3-4 buckets of warm water. At the final stage perform mulching dry leaves, compost or straw.

Plum "stenley", feature which allows to judge it as unpretentious, nevertheless, not too resistant to fungal diseases. The symptoms of grey rot of stone fruit is as follows: 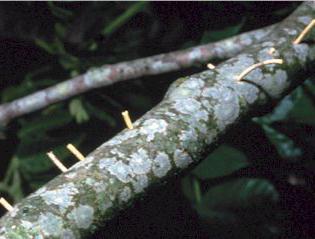 As mentioned, plum "stenley", reviews which are mostly positive, not too resistant to Botrytis. In order to prevent infection with this disease should take a number of measures. First of all, harvesting must be careful not to damage the fruit and branches. It is also very important to take preventive measures, to prevent the destruction of trees different kinds of pests – caterpillars, pledoarie etc. the fact that the spores of the brown rot can spread not only by air but also on the legs of insects. In late autumn the headquarters and skeletal branches, it is desirable to whitewash.

Of Course, plum "stenley" (photo of this variety can be seen on the page) from this disease can be spared. Winters the causative agent of this disease on infected twigs and fruits. So they must be removed. The treatment is performed by spraying the soil and the trees themselves. You can use iron or copper sulfate, 1% Bordeaux liquid, aleatoric or nitrogen. Spraying these preparations is conducted in the spring, before flowering plants. To water the plants and soil need quite profusely.

Again the procedure in a grade as a plum "stenley", carried out after flowering. It also used Bordeaux liquid, sulfate, fungicides (meprotan, Captan, or phthalan solution cinema). Should conduct pre-control spraying. It is necessary in order to ensure that the drug does not devour the leaves. I select a few control branches and spraying produce. A few days look to see if burns. They represent a grid on fruits and necrotic spots on the leaves.

The easiest way would be to treat the drain with a solution of copper sulfate in the lime milk. Bordeaux liquid is prepared in the following way: 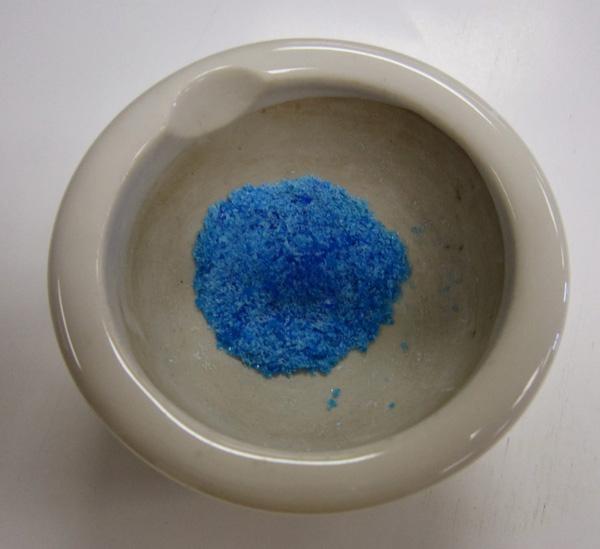 Of Course, "stenley" is not only popular in our country, the late-ripening variety. Very good gardeners speak about:

As you can see, plum "stenley" may just be the perfect choice for gardeners in the southern regions of our country. High productivity, easy maintenance and good disease resistance make it a landing in the suburban areas is more than appropriate. It is especially good to plant with the late "President".

the Tank at the end of 30-ies was always interested in the leadership of the Soviet Union. Constantly carried out new tests, the army used new types of tanks. Confusion was sometimes utter. After the great Patriotic war it became ...

In industry are often used flange connection. They should provide tightness and strength of assembled structures. The role of the quality of the connection is important, because the unstable bond may lead to large losses and threa...

In Poland, 25 December 2014 entered into force the new provisions on consumer protection, which was developed by the Ministry of Justice taking into account directives of the European Parliament and the European Council. The Minis...