Rubik's Cube is one of the most popular and beloved puzzles by many.

The toy called "Rubik's Cube" was invented back in 1974 by Hungarian sculptor and professor of architecture Erno Rubik. There is a version that initially this puzzle was developed as a textbook, with the help of which it would be easier for children to understand the mathematical theory of groups.
At first it consisted of 27 wooden cubes with borders of different colors. Later, it changed more than once, until it acquired its final appearance. And already in 1975, the developer of this toy received a patent for his invention, after which the rubik's cube (as it is called in the common people) entered mass production. It first went on sale as a Christmas toy in 1978 under the name "Magic Cube" 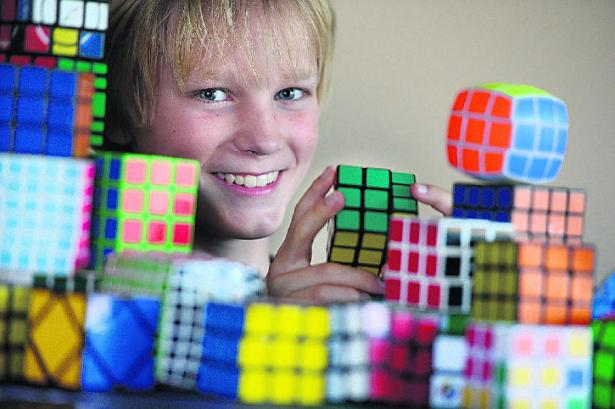 After that, there was a sharp rise in the popularity of this puzzle, and a decline in demand among buyers. And now, in our time, interest in the Rubik's Cube has begun to grow actively again.

Having bought this puzzle, many people can spend whole days, or even weeks puzzling over how to assemble it. And not everyone does it. In order to learn how to assemble a 2x2 rubik's cube, you don't need to be a genius. To do this, it is enough to study the existing schemes and special algorithms with which you can easily and quickly assemble it. It is a clear 2x2 Rubik's cube assembly scheme that will help you easily figure out how to do it. 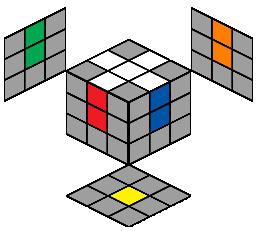 To date, in stores you can find a large number of different variants of the Rubik's cube: a cube with cells 2 by 2, 3 by 3, 4 by 4, 5 by 5, etc. Let's take a closer look at the information useful for novice cubers, namely, how to assemble a 2x2 Rubik's cube. There is a certain algorithm for assembling this puzzle, without knowledge of which you can try to solve it for a very long time and to no avail. It is worth noting that for a huge number of people around the world, the Rubik's cube assembly has become the subject of competitions. For example, a well-trained cuber can assemble a rubik's cube in thirty seconds, while a world champion can assemble a rubik's cube in a maximum of eight. In order to get at least a little closer to such results, consider the options for how to assemble a 2x2 Rubik's cube. This toy is a mini version and consists of six colors on six sides, each of which has four cubes. Such a cube is not as easy to fold as it may seem at first glance. Even though there are fewer combinations compared to the standard 3x3 Rubik's Cube, a beginner cuber will have to spend a lot of time to successfully assemble a 2x2 Rubik's cube.

The assembly scheme of the Rubik's cube 2x2

The assembly scheme of a Mini-Rubik's cube (sometimes called a 2x2 rubik's cube) is quite simple. Following this scheme, you can assemble a 2x2 Rubik's cube in a maximum of 20 minutes. Before proceeding directly to the assembly process, you need to properly study the instructions for this puzzle and the terms described in it. 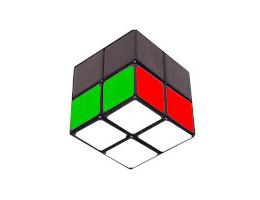 In the description of the Rubik's cube assembly scheme, as a rule, you can find special terminology, used to display the sequence of rotations of the cube planes. 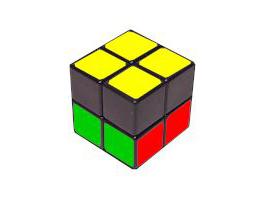 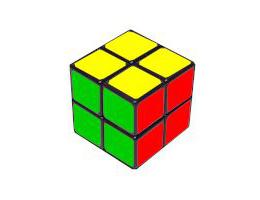 In this case, the color of the sides of the cube does not matter.

How to assemble a Rubik's cube 2x2, following the scheme?

It's very simple – it's important to stick to the arrangement of the sides of the cube selected at the very beginning of the combination.
With the definition and designation of the planes of the cube, it seems to have figured out what to do with them next? There are two types of rotations of the cube plane: the first is a 90° clockwise rotation and the second is a 90° counterclockwise rotation in the opposite direction.
There are several other symbols used in the process of assembling a rubik's cube:
• the symbol "' " is used when rotating in the direction opposite to the clockwise direction of the previously designated side;
• the designation "2" can also be used, which means that the side needs to be rotated twice at 90 degrees (in the end - 180 degrees).
So, let's consider the algorithm for assembling a Rubik's cube 2x2.

The first thing to do is to assemble the bottom layer in such a way that all four cubes from the bottom are of the same color, and the remaining two correspond to the colors of the cubes located next door. After assembling the lower layer, you can proceed to the next action, which allows you to understand how to make a 2x2 Rubik's cube (more precisely, assemble it).

Action #2. Collecting the top layer of the cube

At this stage of the assembly, you need to arrange the cubes located in the upper part in their places, while it is not necessary to match their colors. The latter can be done later.

First you need to decide on the color of the upper plane. It is absolutely easy to do this: the color of the upper plane of the cube is the color that is not in the lower layer. Next, you need to rotate the upper part until the selected upper cube takes the desired position, hitting the intersection angle of all three colors of this element. At the same time, it is not necessary that all colors match in the selected element at this stage.

Action #3. Rotating the cubes of the top layer

All combinations made at this stage of the Rubik's cube assembly must be paired. First you need to turn one corner (for example, counterclockwise), then the second, but in the opposite direction, in accordance with the second combination (clockwise). The same actions can be performed for three corners that need to be rotated in the same direction (in this case, three times in one of these combinations).

At this point, it may seem that the cube has acquired an even more confusing look, but do not worry. In order to return the cube to the assembled form again, you need to rotate another angle in a different direction until this happens. In this case, between the operations performed, you just need to rotate the upper face until a certain angle is located in the upper right corner. Combination: PN2PFN2F' (3) FN2F'P'N2P (4).
For three corners that need to be rotated in the same direction, other combinations can also be used. For example, you can arrange the cube so that the selected corner turns into the far upper left. 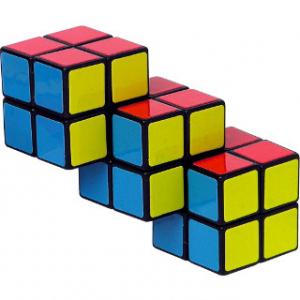 In fact, assembling a 2x2 Rubik's cube can be a simple and even fascinating activity. The main thing is to adhere to the algorithm of actions described above, and then everything will work out. And after that, you can safely take on more complex puzzles!

The diary is an organizer, an indispensable assistant when used correctly. No business person, be it a girl, a woman, a teenager or a man, can imagine himself without this accessory at the moment. However, not everyone knows how t...

The cockatoo parrot is a cute, funny bird that is easy to train. In addition, she can talk, whistle melodies, somersault and even dance. Many people dream of becoming the owner of a cockatoo. But few people know how radically the ...

According to many experts, this breed is a true treasure of Russian cynology. She is still very young, but is loved by fans of decorative dogs. The long-haired Russian Toy Terrier, whose photo you see in this article, is a charmin...