The Population Of Saratov. The population of Saratov

Saratov is a large city on the shore of the Volgograd reservoir, the center of the homonymous region. One of the most important cultural, economic and educational centres in the Volga region. The main theme of this article will be the population of Saratov. How many people live in the city today? What is the ethnic composition of the population? What are the problems faced by the residents of Saratov?

The Main town of the Volga region was founded in 1590. Scientists still can't solve the origin of its name. One links it with two Tatar words "SAR" and "atav" that, in General, can be translated as "the low-lying island". Others relate the name of the city with the hydronym "Sarat" Scythian-Iranian origin. 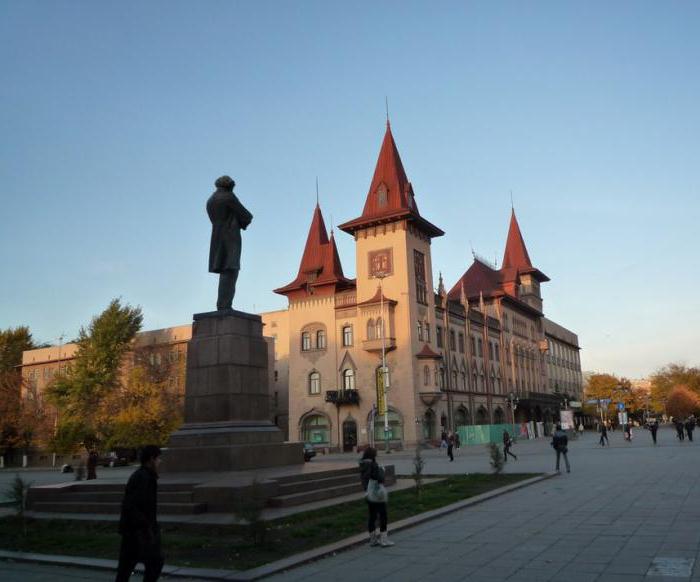 The coat of arms of Saratov still depicted sterlet. Today, this fishery is difficult to call the calling card of the city, but to change the coat of arms still did not. The once famous Saratov and producing marvelous and high quality accordions. In the city there are still craftsmen who today are engaged in the manufacture and hand-painted these musical instruments.

In the centre of Saratov has preserved many interesting attractions. First of all, the main Avenue of Kirov. In the evening it is illuminated with lights, reminding us of the old and well-known Soviet song. All tourists and guests are advised to visit a local Art Museum, in the collections which have works by Shishkin, Bogolyubov, Repin and other artists. Unique architectural symbols of Saratov has already become the Conservatory, Trinity Cathedral, and road bridge that stretches over the river-mother. 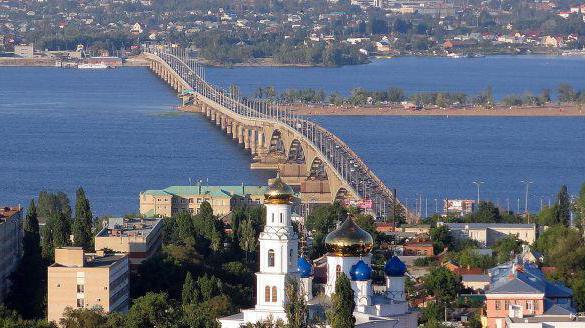 The Population of Saratov: the size and dynamics

In the early twentieth century in the "capital of the Volga region" lived no more than 200 thousand people. And by the end of the same century, the population of Saratov had grown by 4.5 times! Its population peak was in 1991 (almost 913 thousand).

842 thousand people live in the city as of 2015. In 2011, the United Nations has set a Saratov to sixth place in the list of world cities with the fastest rate of depopulation. However, in recent years the picture has improved slightly. The birth rate in the city remains at a very low level. However, slightly increased the average life expectancy of residents of Saratov. Besides increased significantly and migration growth. Thus, the population of Saratov, starting in 2013, not shrinking at such a rapid pace, as before. 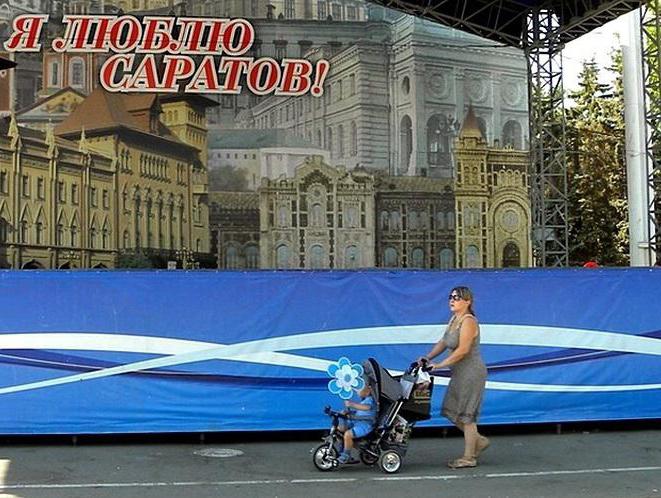 Near Saratov, on the opposite Bank of the Volga, is another city - Engels. There are proposals to merge the two villages into a single conurbation. In this case, the population of Saratov amounted to at least 1.2 million people. And the list of Russian cities-millionaires would have added another paragraph.

The Population of Saratov: the ethnic and religious composition

Geographically the town is located on the border of Europe and Asia. Historically it was formed at the junction of several cultures. Therefore, the modern population of the city of Saratov characterized by polyethnicity. 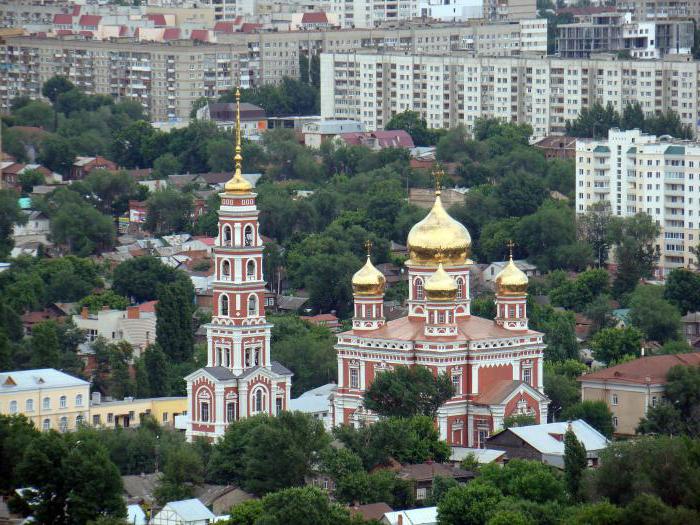 Saratov can also be called the center of many faiths. Besides the Orthodox, there are quite a few Roman Catholics and Muslims. The city has eight cemeteries, including the old believers, Jewish and Tatar.

In 2015, Saratov was in three of the poorest cities in Russia, according to the results of studies of the Financial University under the government of the Russian Federation. Thus, the share of the poor in the capital of the Volga region amounted to 19 %. As in the previous year Saratov "lit up" in another rating, being in the top ten most depressed cities in Russia.

In Addition to poverty, there is a very acute problem of clean streets and yards. Journalists and local residents have repeatedly written that the town is literally "just caught up in the garbage". However, in recent years, the situation with the cleaning and landscaping has improved significantly.

Unresolved are still other problems of Saratov. In particular, we are talking about inadequate Parking, the uncontrolled cutting down of green areas in the city and careless attitude to the monuments.

In this article we discussed and studied the population of Saratov. Its population, as of the end of 2015, is 842 thousand people. In recent years there has been positive population growth.

The city is inhabited by representatives of different nationalities: Russian, Tatars, Ukrainians, Armenians, Kazakhs and others. Despite the many urban problems (poverty, unemployment, poor condition of streets and public utilities), Saratov continues to live and grow. And positive dynamics of its population- a clear confirmation.

Krasnovishersk, Perm Krai: sights, their photo and the story

Even before all the Olympic events few people do not know that rest in Sochi is extremely attractive and comfortable. Now the resort this greatly escalated the popularity of the Soviet period.Today we look at the territories that ...

Best hotels in Turkey with water Park on the first line

There are many options how to spend the annual vacation. Some choose a country site other sanatoriums and rest homes, and others travel abroad. One of the most popular destinations among Russian tourists is Turkey. Stay in the cou...

a Very important point while designing the costume are accessories for Halloween. Especially when it...