Kosogorskiy metallurgical plant (Tula) – large iron-works plant in Tula region. Created in the XIX century, it is one of the oldest in Central Russia. Here the melted high-purity pig iron, ferromanganese get engaged in art and industrial casting. 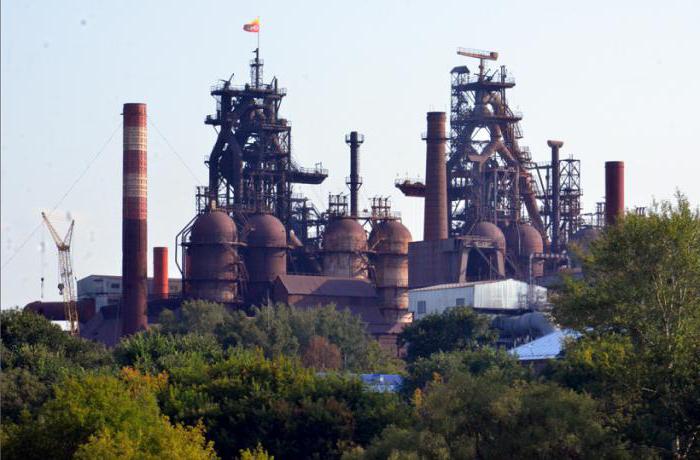 In 1861 in the Russian Empire, serfdom was abolished. It seemed that the country was waiting for this event. There has been an explosive growth of the industry. However, further development increasing the amount of metal required. With the aim of providing iron goods from the South-West of Central Russia, in Tula, it was decided to create a new Ironmaking enterprise with participation of foreign capital.

In the Tula province by that time was sufficient explored reserves of iron ore, the abundance of forests allowed to use it as fuel. At the same time began the widespread construction of Railways. Tula with Moscow and neighboring cities tied Ryazhsk-Vyazma and Cuzco-Moscow branch. This facilitates the transport of heavy metal and allowed to transport large quantities of products.

In 1886 in the village of Sudakovo (now district Kosaya Gora, Tula) began construction chugunoleene plant. The place was not chosen by chance. There were the Kursk-Moscow railway line and the river as a Funnel that allowed for the fusing of the forest transportation of raw materials and products to use all possible modes of transport: rail, ground and water.

The project was brought Belgian Industrialists, created Association “Tula blast furnaces”. By the spring of 1897, the dam was built, built the first blast furnace appeared Engineering settlement and barracks for the workers. The first melting at Kosogorsky metallurgical plant (at that time – Sadkowska) carried out 8.05.1897. Until the end of the year, the foundry produced more than half a million pounds of high quality cast iron. 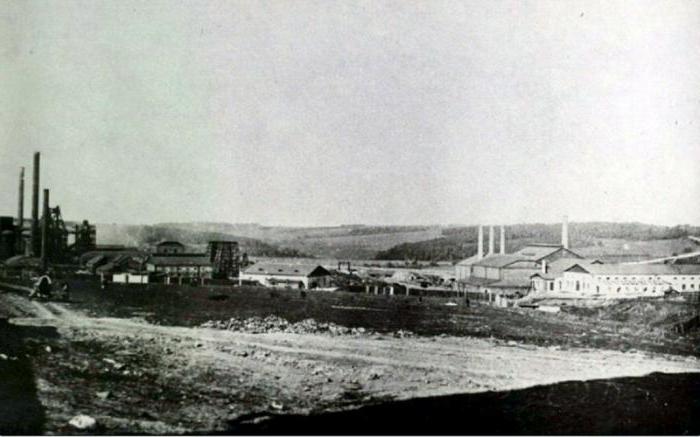 The Growing industry of the Russian Empire demanded more metal, and the shareholders took the decision to build a second blast furnace. A year later the company reached the peak of his power. XX century, the plant has welcomed a record performance: in 1900 it produced more than 90,000 tons of iron in the modern equivalent.

But 3 years later the country was hit by a severe economic crisis that led to the 1905 revolution. In 1903, the price per pood of cast iron fell by half, its production became unprofitable. In the end, Kosogorsky metallurgical plant was stopped and mothballed.

Beginning in 1910, the agrarian reform and rearmament warmed up the market, the metal rose again in price. In 1912-13 was the reconstruction of basic facilities, and a year later, the plant has earned. There are new production: slag cement and shell of the shop. 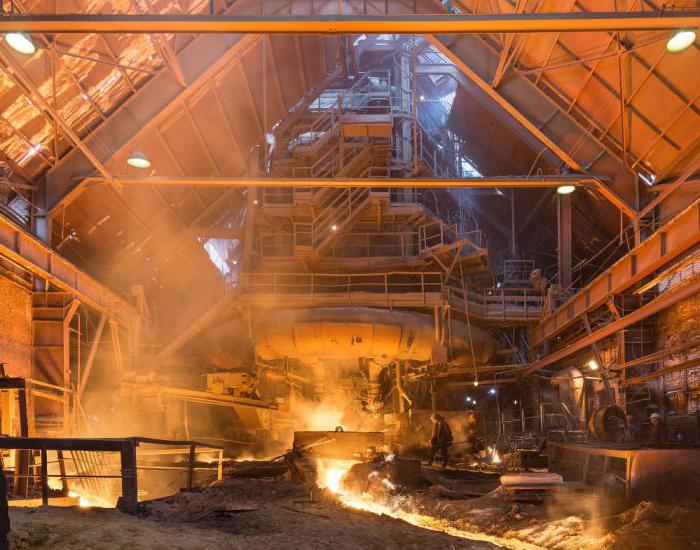 The name of the revolution

Needless to say, the revolution of 1917 changed the usual order of things. 28.06.1918 factory in the renamed village of Kosaya Gora (Tula) was nationalized, the production is stopped. The revival of the company started in 20 years.

Cement plant was converted into a full plant. Also launched a plant built on the dam. Her power came not only on iron but also on the Tula arms company. The smelting of iron was resumed 17.10.1926 on the capacity of the 1st blast furnace, its productivity was of the order of 9000 pounds per day. And October 28 Sudakovsky was renamed the Kosogorsky metallurgical plant. F. E. Dzerzhinsky.

Thanks to the talented managers of the enterprise developed rapidly. Was upgraded housing, the hospital, reconstructed the production facilities. In 1928, launched blast furnace No. 2, construction began on a third. In terms of equipment and quality production of KMZ was not inferior to the best iron foundry companies in Europe and the United States. After the beginning of work of blast furnace No. 3 (tenth largest in the USSR) capacity reached 159 000 tons.

From the first days of the second world war kosogorskiy metallurgical plant was transferred to the wartime regime. Workers worked seven days a week, a work plan has been increased. Many workers joined the ranks of the Tula working regiment or were mobilized. When the Germans came to Tula, basic equipment was evacuated to Lys'va (Perm region). The mechanical workshop became the basis for the production of ammunition (shells and explosive bombs), and foundry equipment do safety helmets for the soldiers of the red army. When the front retreated, the restoration of the CMH. In 1942 launched the first blast furnace, and by the end of 1945 was made of cast iron, 2.5 times more than before the war. 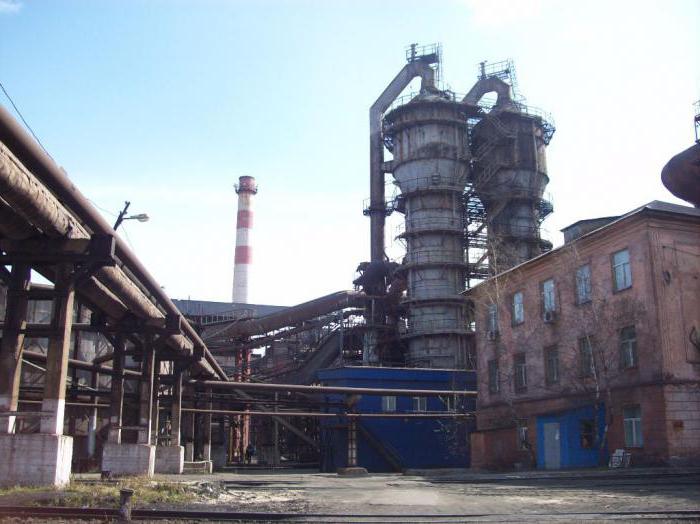 The following years the company has been developed continuously. Where previously heavy manual labor, there are mechanisms that greatly facilitate the work of the casters. In 1954 with the commissioning of the gas plant waste blast furnace gas of steel to use in manufacturing, thus reducing harmful emissions into the atmosphere. In 1956 here launched shop fittings – first in the Soviet Union.

In the 60-70-ies gradually reconstructed all the shops. In 1978 he built the water treatment plants and the sludge collector. To80 years of the KMZ was one of the leaders in the industry. However, local stocks of raw materials depleted and imported were expensive. The company has become "unprofitable". His work was a result of the importance of production: the country needed high-purity iron, ferromargantsa, especially the fittings (the company was a monopoly on their production). 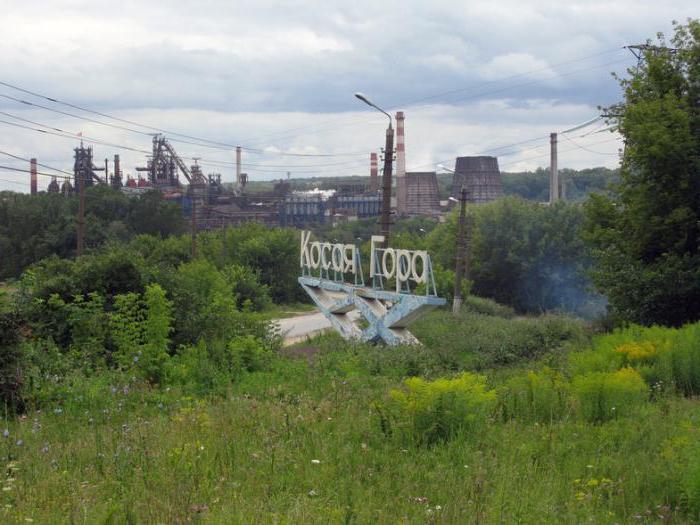 Today PJSC "KMZ" iron continues to be the flagship of the Western region of Russia. Not only that, the company also mastered steel castings for high-tech equipment. In 2010, a large-scale modernization of blast furnace No. 1 started complex dry gas cleaning. The administration managed to find their market niche in a highly competitive environment. However, the urgent problem is to reduce the load on the ecology of the region.

Kosogorskiy metallurgical plant confidently faces the future. In 2014 the plant was awarded the honorary mark of quality "Tula brand”.

currently, city are enormous. So to get from one end to another becomes quite problematic, since it is necessary to do several of the buses. Then people thinking about purchasing a personal vehicle, as it saves time, and in some c...

What is information system?

information System – an automated system through which to hear certain information. Currently, such systems operate in different spheres of human activity. For example, there is a system of communicating the results of state...

in the implementation of the finishing works is very important to observe the technology. According to the General rules decorative coating applied to the surface after the primer. This step is very important because the correctne...