The construction of the Corvette "Perfect" lasted for years, so its launch has become one of the most momentous events in modern history of the naval forces of Russia. The new ship is equipped with guided missiles and has several unique characteristics. In the coming decades he would serve in the Pacific fleet as guard ship.

The Corvette "Perfect" refers to the group of similar ships designed for combat operations close to the coast. The mission of these ships is to fight with enemy submarines, support amphibious operations by missile and artillery strikes, as well as patrolling the territorial waters of the state.

In the framework of this project to date, built five ships. Corvettes of a new type have become the main force of the Navy in the near the operational area (200-500 miles from their shore). It is planned to increase the total number of such multi-purpose ships up to twenty. 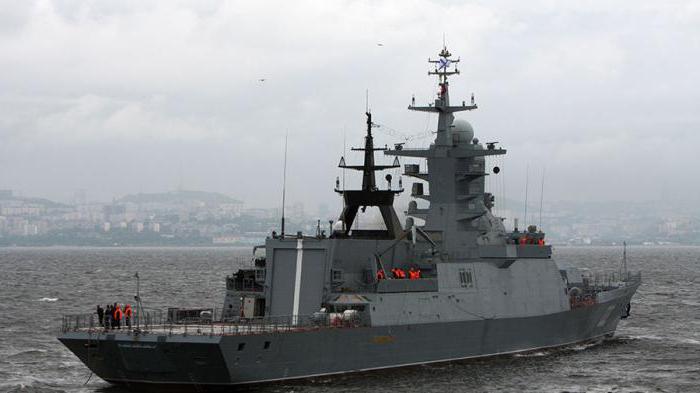 The Corvette "Perfect" was founded in 2006 in the shipyard of the Amur shipbuilding plant. The project was delayed due to financial problems of the enterprise. Failure to perform obligations to the creditors became the reason of introduction of external management at the plant. Despite the support from the state, the company was unable to pay billions of dollars in debt and initiated the procedure of bankruptcy.

The Situation changed dramatically after the direct intervention of the General Prosecutor's office. The taken measures gave a result within one year. The bankruptcy procedure was terminated by the court by reason of the amicable agreement with creditors. The financial Affairs of the shipyard went up the hill, and it is possible to remove external control. Work on the order, designed for the needs of the Pacific fleet, after repeatedly extending the deadline closer to the finale. Conclusion Corvette "Perfect" construction of the plant in floating dock held in 2015. 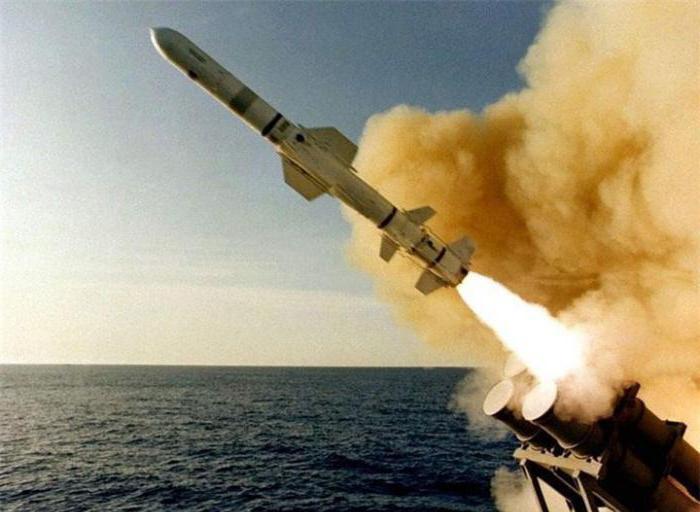 The State Commission assessed the General state and capabilities of a warship. Specially trained crew together with experts of the enterprise have checked the armament of a Corvette, and operation of navigation and radio systems. Was conducted the sea trials, designed to assess the speed and maneuverability of the ship. State inspection of components and assemblies of the ship on the high seas ended with the signing of act of acceptance of the order.

The launching of the Corvette "Perfect" was held in a festive atmosphere. The ship was raised flag of St. Andrew. The ceremony was attended by representatives of the Pacific fleet, members of the regional government and the staff of the shipyard. In the process the ceremonial descent of the Corvette "Perfect", there were statements that the qualitative characteristics of the ship have received high marks from specialists of the Ministry of defense. 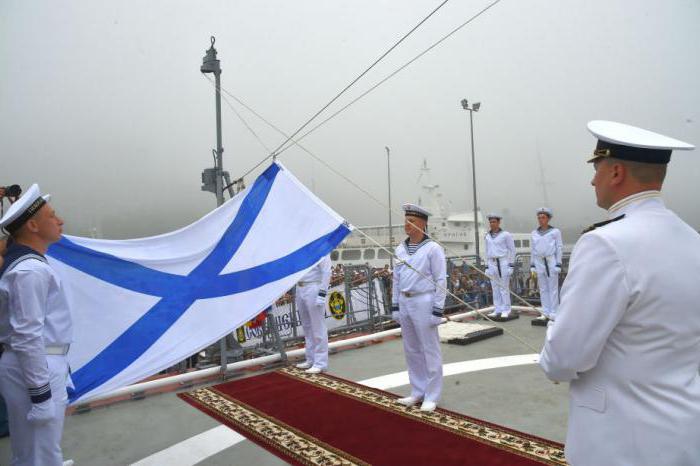 The New vessels, designed to carry the guard service in the Pacific fleet, distinguished by the versatility and automation of all systems and made in accordance with the technology "stealth" body and availability of funds to the creation of electronic interference, allowing you to remain invisible to the enemy. Like any constructed in the project ship, the Corvette "Perfect" is based on a modular principle, which facilitates the process of modernization. Replacement of obsolete equipment, electronics and weapons does not require large production and financial costs. 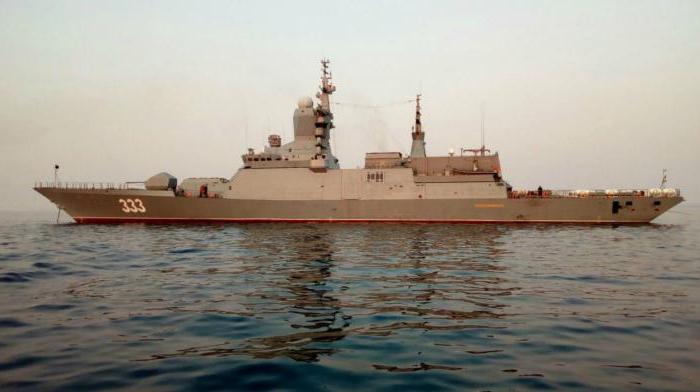 The displacement of the Corvette "Perfect" is 2220 tonnes, maximum speed - 27 knots (50 km/h), a cruising range - 4000 miles, autonomy - up to 15 days. The case design has some fundamental differences from traditional models.

The Superstructure is made of refractory materials. Its construction reduces the probability of vehicle detection by means of tracking the enemy. Appeared in the press numerous photos of the Corvette "Perfect" you can see the aft helipad. This is a brand new concept for Russian combat ships of this class. 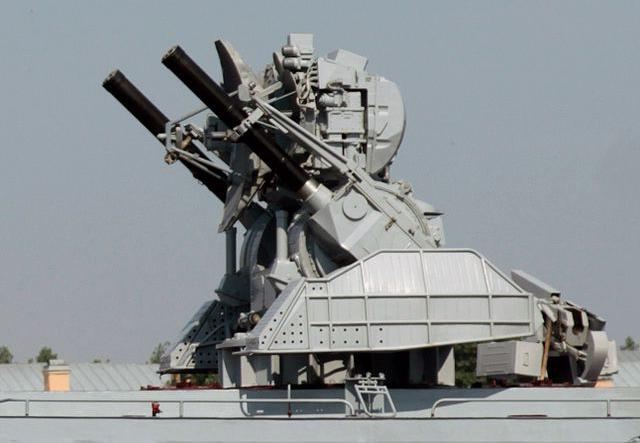 The Firepower of the ship provided artillery and anti-aircraft and anti-missile systems. The armament of the Corvette "Perfect" includes the detection and targeting. In addition, the vessel is equipped with means to combat enemy submarines. The most formidable weapons for attacking enemy ships is the missile system "Uran", the range of which is 130kilometers. The run is made from plants, located in the middle of the hull. The primary means of air defense is air defense complex "Kortik-M" frightening images of which are often present in the photo of the Corvette "Perfect". To defeat enemy aircraft are also designed under the stern artillery installations of caliber of 30 mm.

System protection "Package-NK" is designed to intercept torpedoes, and attack submarines of the enemy. It consists of two 4-pipe apparatus, placed on the sides. For the detection of enemy submarines is applied based on the Corvette helicopter. Cannon artillery is the universal installing the A-190, which is characterized by great speed and range. She is capable of hitting targets both on water and in the air. 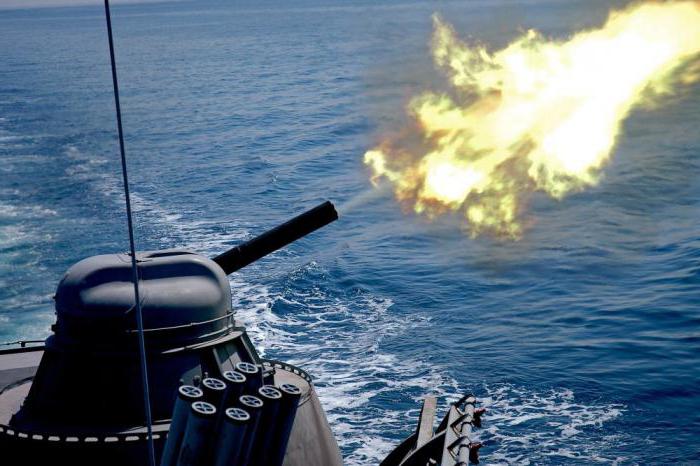 The Designers of the Corvette gave special attention to electronic warfare. The survival of the ship in combat largely depends on the efficiency of suppression of enemy detection and targeting. In addition to designed to create interference complexes "Brave", the solution of this problem is the body made of materials with a high level of radiopalmwine. These features of the design several times to reduce the probability of sighting a ship cruise missiles and its detection by enemy radar.

The Corvette is equipped with the radar and sonar stations. They are used for vehicle navigation and as a means of early warning and target designation. Designers have made every effort to give Corvette the maximum chances of survival and victory.

Domestic lathe 1А616 produced even since the fifties of the last century. Production model Srednevolzhskiy plant can still be found at various manufacturing plants. Consider the characteristics and features of this technology, and...

For many, the production of mineral water is very easy. At first glance and may seem. After all, nature itself has taken care of the quality and benefits of the product. And the businessman only need that to drill a well and put t...

Cleaning of the storage tanks of petroleum products: manual

the Need for cleaning equipment containing petroleum products may be due to the need to perform repairs or preventive maintenance. The frequency of such events is determined by the use of petroleum, its type and characteristics. F...