Heavy truck BelAZ-7522, capable of carrying up to 30 tons of various bulk cargoes thanks to its design and technical parameters, is widespread in various operational areas.

Belarusian automobile plant, located in the city of Zhodino, specializiruetsya in the manufacture of powerful trucks and machinery on the basis of these cars. The company counts its history since 1948. It was in this year in a small Belarusian town began construction of the peat machine building factory, which released three years later the first land reclamation and road machines. Automotive period for the company came in 1958, when it got its new name “BelAZ” and was converted to the production of heavy trucks. The first truck was manufactured in the same year, the dump truck MAZ-525 with a lifting capacity of 25 tons, developed by the Minsk automobile plant.

The MAZ-525 was produced until 1965 when it was replaced by a new heavy-duty truck BelAZ-540 with payload capacity of 30 tons. The car stood out original appearance, the excellent from the image of a classic truck. BelAZ-540 mounted single cabin located above the engine compartment, and mounted the body of the bucket shape, which allows to increase the capacity to 30 tons. Almost all subsequent models of the automobile had a similar arrangement.

The Production of dump trucks BelAZ-540 with numerous upgrades continued until 1985 when it was replaced on the Assembly of BelAZ-7522. A new car due to its construction is widespread not only at the quarry and mining but also in various industrial enterprises. For example, for the transport of technological materials in steel mills version was developed BelAZ-7522 with low ground clearance, which allows it to move under numerous plant process piping. Also on the basis of the new items were released the model under the index 7526 increased by changing the device body with the capacity up to 35 tons. 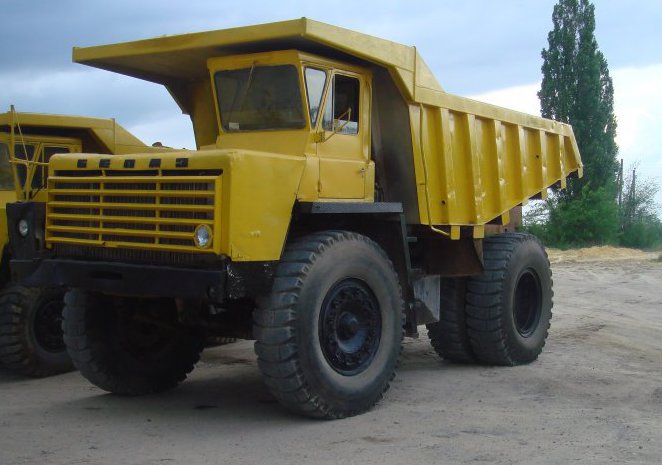 Thanks to its good design and the characteristics of BelAZ-7522 was produced until 1991.

One of the peculiarities of Belarusian dump trucks with carrying capacity up to 30 tons is the possibility of movement on intra-plant roads various industrial enterprises, which widens their applicability. In addition, this is facilitated by the following main technical characteristics of BelAZ-7522: 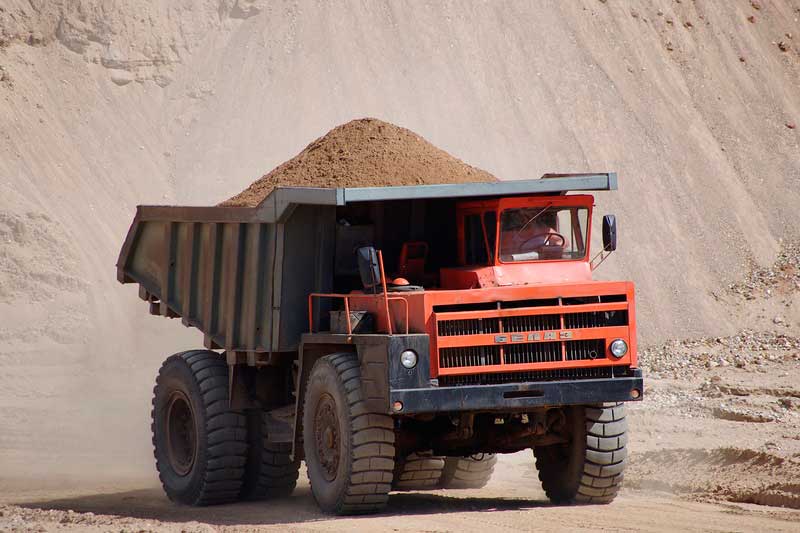 The Car is equipped with single comfortable cabin and a torque Converter with increased efficiency. All of these indicators together with the technical parameters and good maneuverability have expanded the use of BelAZ-7522.

Modern trucks and other company products

Currently, the main products are dump trucks. Produced trucks model series with the following capacity (in parentheses the number of models):

In addition to trucks, the company «BelAZ” produces: 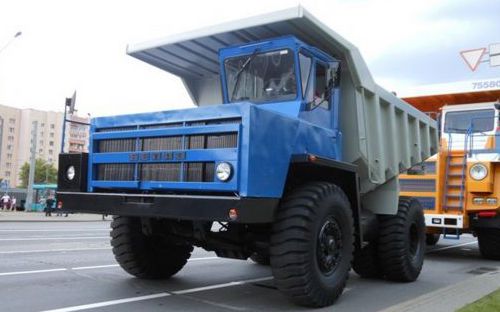 The Main advantages of all the equipment of the company should include high reliability, reasonable price and economical operation.