The Town of Cool is located on the North-East of the Republic of Kabardino-Balkaria, in the Caucasus, 50 km from Nalchik on the river Malka. The second town in population in the country. As of 2017 it is home 57880 people. It is a cultural, industrial and agricultural center of the Republic. Cool is a major railway junction of Kabardino-Balkaria. The area of the territory is 35 km2. 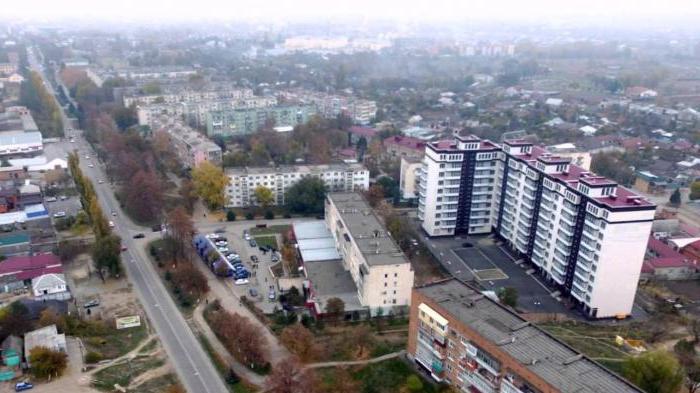 The territory of the city Cool Kabardino-Balkaria is located in the forest zone. The terrain is an almost flat plain surfaces. In the southern part of the city the terrain becomes hilly. The floodplain of the river Malka raised high terraces.

The Main water artery of the city is the river Malka. South of Cool there are several small lakes, the largest of them – the Komsomol. Along the Northern border of the city laid prokhladnenskiy channel. Close to the surface lie groundwater.

In 1765 was based on the territory of the Cossacks ' settlement (village). In 1825, the settlement officially bears the name of the village is Cool. The post road passing through it, connected the Caucasus with Russia. In 1860, the village became the center of the Pyatigorsk Department of the Terek Cossack troops.

In 1875, opened a railroad Vladikavkaz-Rostov. Station Cool is becoming the main shopping center. There was carried out the collection and dispatch of agricultural products from all over the Terek region. Every day on the territory of the settlement was significant markets, from time to time held large trade fairs. In addition, the territory of the village of Cool was famous for its vineyards.

In the period of the October Revolution, the settlement changed hands between the red and the whites.

In 1923, the village becomes a Cool urban-type settlement. The number of inhabitants at that time is 4 400 people.

In 1937, the settlement was granted town status.

In August 1941 the city was occupied by Nazi troops. Released in January 1943.

History of the origin of the name

The origin of the name of the city's many legends. The most common of them says that the Potemkin, when visiting this region, I noticed a village on the banks of the river. It was very hot, but the river felt cool. The settlement was located on a forest glade and immersed in the greenery. When the Prince entered the village, he blew cool. So he called the village – Cool.

In the city is a repair plant, the plant is “Kavkazkabel”, the plant of semiconductor devices. Work of the enterprises of light, timber, woodworking and food industry.

In agriculture the priority is the cultivation of wheat, sunflower, maize, vegetables, and fruits. In livestock breeding of cattle, sheep, pigs.

Transport network in the city Cool

The Town is Cool in Russia in Kabardino-Balkaria and is a major road and rail transportation hub. Here is a bus station and train station. 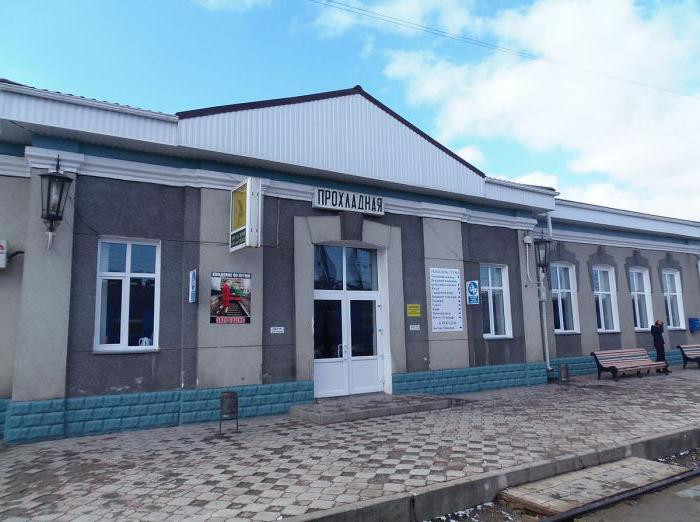 Is the bus route with a bus station in Germany.

Cultural-entertaining institutions of the city

The Main entertainment center of the city is currently prokhladnenskiy House of culture. On its basis was created by the national theatre, which hosts various cultural events.

In the district Vinsovhoz is the Factory House of culture.

In the city is another cultural object - the Palace of culture "Vodnik". Finished the reconstruction of the cinema "the beacon".

Sights of the city Cool: description

The Main city landmark and a spiritual Shrine is the St. Nicholas Cathedral, which was erected in 1886 on the site of the burnt wooden Church. The author of the project architect Mikhail Surkiewicz. In 1901 completed the construction of the bell tower. 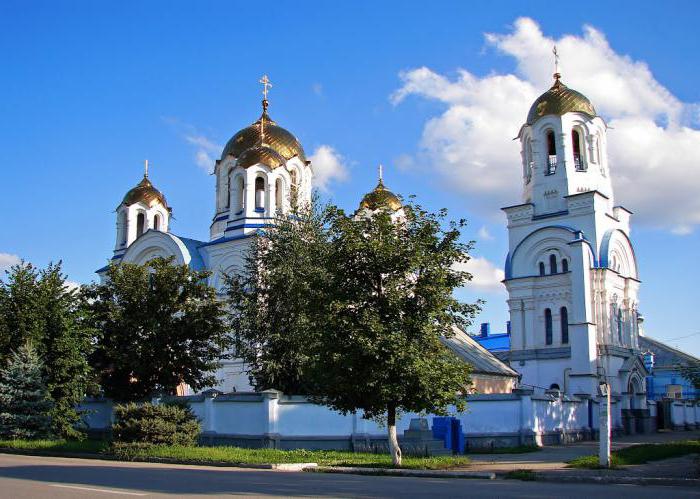 The Cathedral is a Baptismal Church.

At the present time the construction of the Svyato-Pokrovsky temple.

On the territory of the Prokhladnensky of the cemetery is the chapel, which was erected in honor of the icon mother of God Joy of All who sorrow.

The cityis a historical Museum, located at the address: Freedom street, building 138. Here are the culture, history, Ethnography prokhladnenskiy Cossacks (Terek), on the display visitors are exhibited everyday objects, photographs and various documents. Of most interest to visitors is the interior of the dwelling Cossacks with everyday objects of the 19th century.

Memorials and memorable places of the city

The city is widely represented memorable places connected with the history of the great Patriotic war.

In the city is a monument to the farmers who died in the battlefields. Located conveniently next to the grave of unknown soldiers, cadets of the Poltava tank school, defended the city in 1942. Here, a plaque memorialized the list is not returned from the war soldier-citizens.

On Liberty street is the garden of Remembrance, which features a bust of rear Admiral Arseny Golovko, commander of the Northern Navy. In his honor named street in the city.

In the Central part of the city in the Factory Park is a memorial complex with the eternal flame to the soldiers of the Soviet Army, the commanders and cadets of the Poltava tank school, the residents of the city who died in its defense in 1942. Here is located the largest mass grave of the city's residents and soldiers who died during the Nazi occupation of the city (in the grave about 960 bodies). In the factory the Park is a monument of a soldier and a worker, symbolizing the Union of the front and rear. The monument was opened in 1968. In the square also has a memorial sign of the Terek Cossacks, who defended the city and those who died during the Patriotic war.

In 1997, was a monument-a monument commemorating the victims of the Prokhladnensky citizens in the Afghan war.

In 1998, the Park was a monument to liquidators of the Chernobyl accident.

On the territory of the motor transportation enterprise the monument «Soldiers-drivers”, who died during the Patriotic war.

Near the House of culture of railwaymen in 1977, is a monument to the Teens who participated in the struggle against the German invaders.

At the entrance to the town stands a monument to Soviet soldiers who died fighting during the liberation of the city. 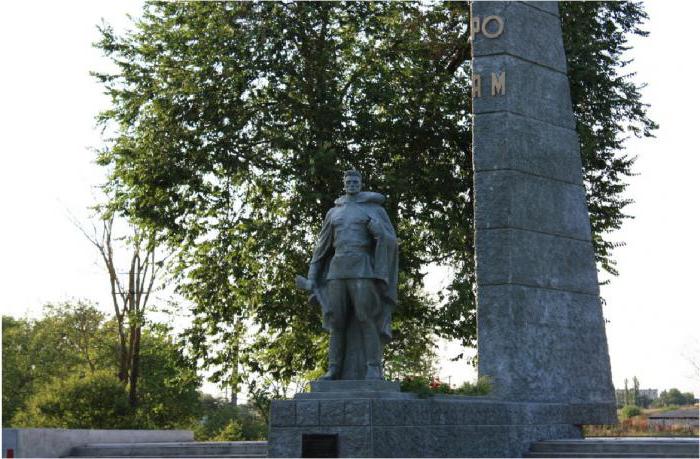 On the territory of the Plant during the occupation was the concentration camp where the Nazis killed people 1976. In their memory in 1947 an obelisk was erected.

The village Vinsovhoz installed an unusual monument in the form of an arch with a bell in memory of the murdered by the German invaders, the inhabitants of the city.