In Tenkinsky district of Magadan region is one of the largest gold deposits. It refers to the Yano-Kolyma gold province. Natalkinskoe gold Deposit in the Magadan region located between streams and Geological Grouse in the valley of the river Omchak. 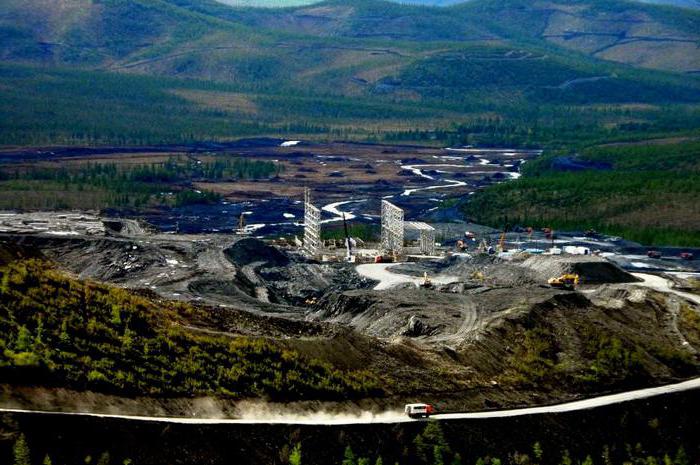 Natalkinskoe gold mine was opened in 1942, the Geologist Aseev found 2 gold Creek. After a while they were called by the names of the children of a geologist: Natalka and Pavlik. From them came the names of the fields.

In 1945 for the operation of the pool has been created the enterprise "Rudnik imeni Matrosova". It was part of the ten mining authority.

In 2015, was carried out revaluation of stocks. This is a Gold mine world-class Was in third place in terms of proven and probable prey. After the revaluation reserves are estimated at 319 million tonnes at a content of 1.6 grams per ton.

Identified, evaluated and estimated volume of mineral resources is 777 million tons at a content of 1.5 grams per ton. In comparison with the assessment in 2011, the volume of ore dropped by about 301 million tonnes (28 %), the gold content decreased by 14 %.

In 2003, the open auction of the shares of JSC "Rudnik imeni Matrosova" (the Federal package 38 %). The buyer was "Norilsk Nickel", who gave the paper more than 1 bln rubles of This amount has exceeded the starting 13 times. 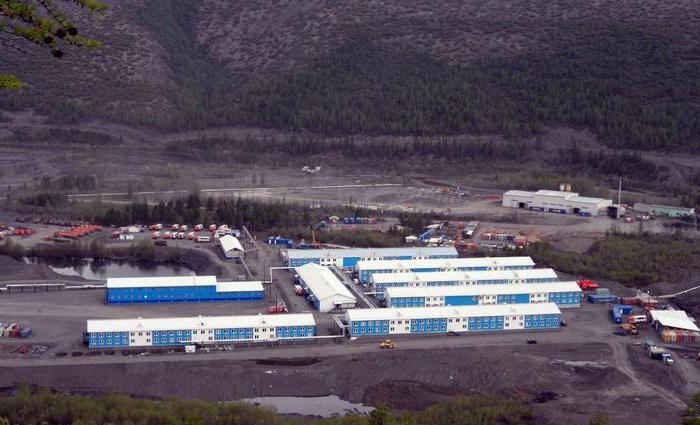 In 2004, the rightful owner of more than 29 million ordinary shares (38 % of the share capital) became the company "Polyus Gold". In July of the same year, began preparing for changes in technologies of field development, therefore has been suspended production.

Before 2004 were underground extraction method. The ore was processed by gravity-flotation system of almahalla graviconcentrates, hydrometallurgical processing.

Despite the large volume of reserves, production on Natalkinsk a gold field does not exceed 1.5 thousand kg/year. For all the time since its commissioning was extracted 93,2 T.

It was held at the Natalkinsk a gold field from 2004 to 2006 the purpose of the exploration was to clarify the morphological composition of the ore body with exploration condition corresponding to a high-performance production breed open method.

There Were drilled more than 120 m coring wells, 655 thousand m3 of trenching. There were selected more than 44 000 samples.

In December 2006 were approved reserves of category b+C1+S2 in 1500,8 tons of gold when the content (in average) of 1.7 grams per ton. Beyond the pit boundary were also taken into account off-balance sheet reserves, the volume of which amounted to more than 309 t 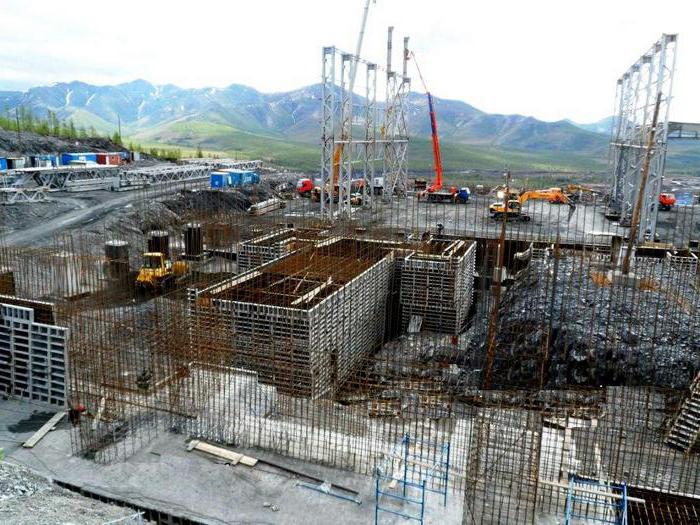 In September completed an evaluation of the reserves by company Micon International Ltd. The audit reserves amounted to 2.1 thousand tons with a gold content of 1.13 grams per ton.

Natalkinskoe gold mine inferior in terms of reserves only the 2nd largest pools: Grasberg (located in Indonesia) and Muruntau (Uzbekistan).

A New stage of development

He started in 2013 during this period the most significant event was the implementation of complex logistical operations for the delivery of mills at the site. In July 2013, was completed land surveying work began on the construction of factories and construction career. Since August began installation of technological equipment.

In mid-November for field testing of the world's largest mill. Its power should be enough for handling about 40 million tons of ore. Simultaneously with the run of the mill started laying kilometer tunnel. It was supposed to be used to transport ore to the processing plant.

She was held in November 2014, the ZOA "Polyus Gold" announced a reduction of inventory valuation by more than 50 %. In this regard, the launch of natalkinskoe GOK was postponed indefinitely. 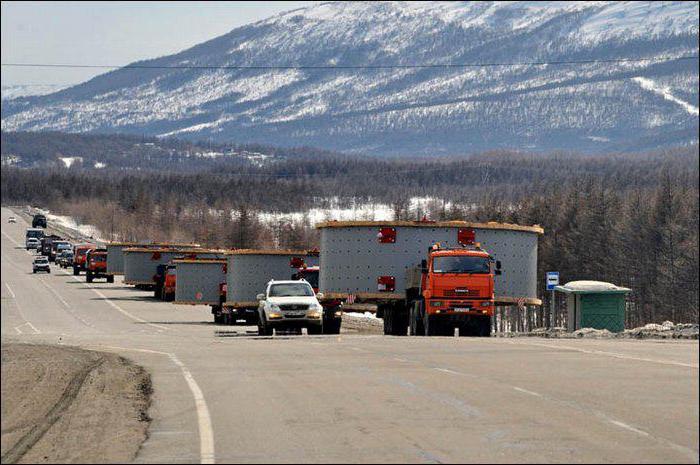 In 2015, it was announced the reduction of inventories to 504 tons.

The Problem of non-confirmation of reserves

During the exploration of mixed errors arise. Some of them underestimate the gold content and some – overstate. The coincidence of errors of different signs occura kind of compensation. The result is the average in intelligence coincides with the parameters of the project. Deviations can be substantial. However, their compensation, no one no problem: neither the scouts nor the getters.

However, natalkinsk and some other gold deposits, the situation was somewhat different.

The understatement is due to technical errors. They have the loss of gold in the selection and subsequent processing of samples. With high technical variance and low random variability of the distribution of gold content, the balance of errors is in favor of the mining company. In this case, the average of the actual amount of gold higher than obtained during the exploration. 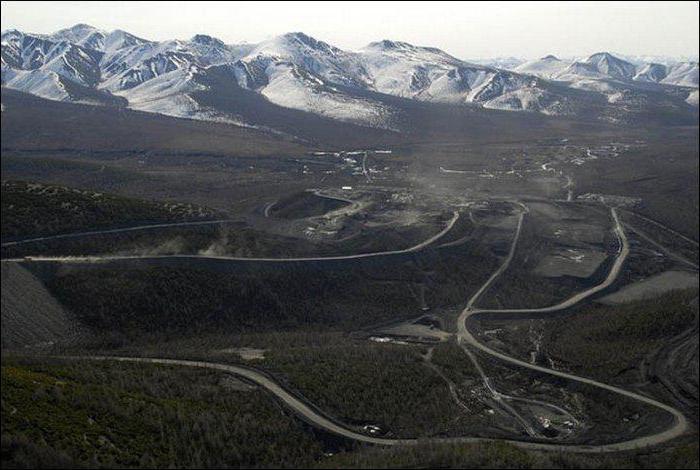 The Overestimation of the content also determines the errors that occur in the process of delineation of ore bodies that exhibit high random variability. These deviations depend on the density and volume of samples. They are called methodological errors. With their high rate of distorted area, the size and shape of the ore bodies. In the end, this is reflected in the results of operation. Gold is actually present in the career, but it is not there, where it was determined the intelligence.

To correct this situation with the non-confirmation of reserves should first provide for a determination of the deviation of the average content and outline for the detailed exploration with a high degree of variability. This will enable to plan the costs at the design stage, to adjust the method of operational exploration and appraisal, to provide sorting to improve the content of gold in ore, etc.

As for natalkinskoe field, it should be noted that on the technical side, the quality of exploration and testing no complaints. This means that the technical error was insignificant. 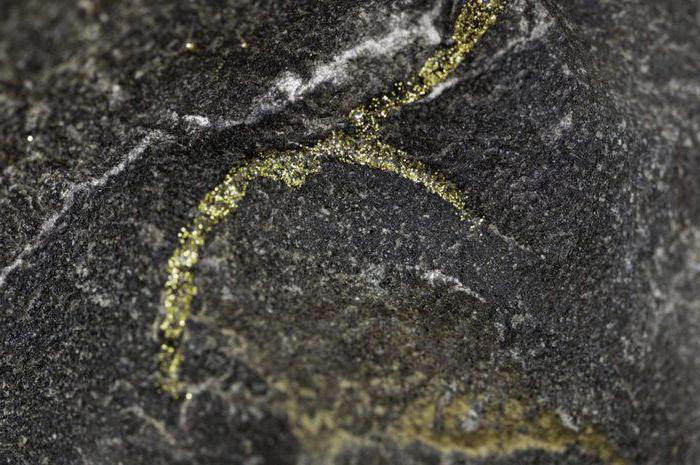 However, natalkinskoe field has a complex structure. It found the ore body, which contains coarse gold. In such circumstances, the mesh density and used sample mass was insufficient. The result was a high error build circuits telephone Balance deviations were in the end not in favour of the miners.

At the beginning of June 2015 introduced a new method of processing ore. 2017 was scheduled to run the processing plant.

In 2015, in September, JSC "Polyus Gold" signed with the Chinese company China National Gold Group Corporation, the contract on procurement of materials and equipment, designing and construction of production facilities. Thus the management of the mining company considered the option of incorporation of the Corporation in the share capital of a joint "Polyus Gold" company for the development of the field.

In early November, 2015, we completed the construction of the tunnel, which connected the quarry and the processing plant. For the laying of the 970-kilometer-long tunnel took 2 years. In February-March 2016, the company planned to start the installation of the conveyor complex. With it should be direct transportation of ore to the factory. 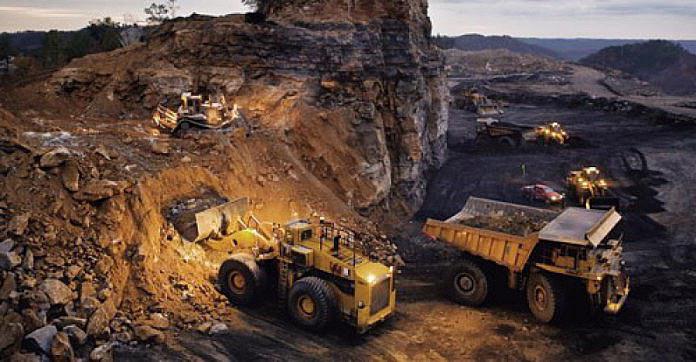 In December 2015, according to the presidential envoy in the far Eastern Federal district Yuri Trutnev, the construction of mining and processing production enterprise in Natalkinskoye field should be allocated about 10 billion budget. Private investment had to be more than 88 billion rubles. It is likely that the funding will allow to start the production process again. In this case, most likely, during the field development will use innovative technologies and modern equipment.

the Most common in metal processing are milling. CNC machines provide high quality products: dimensional accuracy, given the high rate of production. On these machines achieved high degree of repeatability of parts.the Advantages ...

Axlebox nodes are used to transfer the pressure of the car, which he creates by acting on cervical wheelset, and also to limit longitudinal and transverse cross-section of this pair.Device nodeIf we talk about the structure of the...