Exhibition Frankfurt Motor Show held in 2015 and not without loud presentations. This time the French company Renault presented its new development. Instead of two models, the Laguna and Latitude design engineers this company has presented modern and stylish «Renault Talisman”. The Corporation has raised the savings of the Alliance due to the new system (CMF), and the new developers have expanded the list of functions of the car. 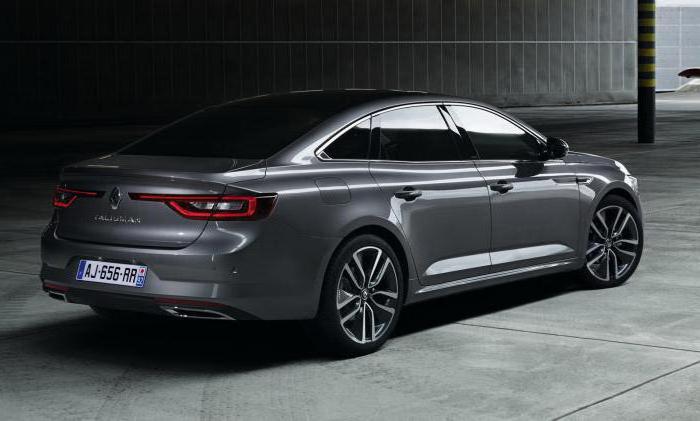 The Updated Renault belongs to the D class, which corresponds to its external and internal parameters.

Compared to previous models Laguna hatchback and wagon, has improved and has changed some sizing characteristics:

An External machine options «Renault Talisman” (station wagon) are consistent with the vision of this company. Curves, beams and punching emphasize the style, which is designed “to and from”, there are no sharp corners, only rounded forms and style.

The Front end has some similarities with the Renault Espace. The roof was domed. Creates the effect of streamlining, especially due to the elongated design of the headlights. However, the new model designers have tried to emphasize the elongated shape chrome stakes that do not perform any function, but perfectly complement the exterior. Both main and fog optics model «Renault Talisman” has economical and practical led modules Pure Vision, tail lights feature a 3D effect Burgundy color.

Another element is the chrome grille on the radiator with a large emblem of the company "Renault". Form corresponds to the General concept, it is rounded, and the four edges (previously three) combined single graceful line that smoothly into the headlights. The grille emphasises the elegant, yet powerful appearance, as though urging the driver to hurry to move. The wheel arches have massive punching, and the diameter of the disc can vary from 16 to 19 (R16-R19), but the car does not look massive, but carefully. 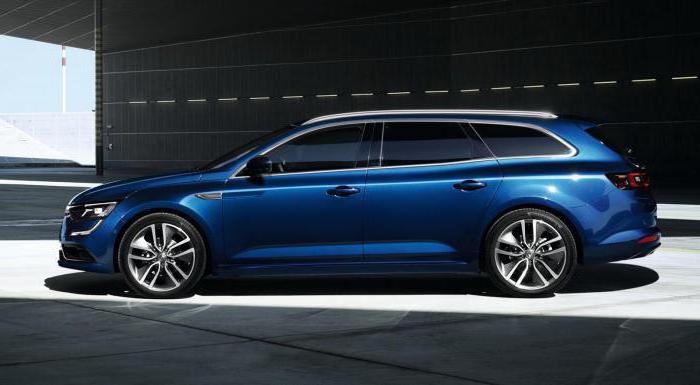 No less beautiful and rich looks to the interior of the car "Renault Talisman”, with a quality finish, hardwood elements, ergonomic seats with massagers and a lot of electronics. The front seats are equipped with excellent lateral support, the functionality of which can be assessed when performing cool maneuvers during the test drive. Also worth noting is the spacious salon, as in the first row (height 902 mm) and the second (height 855 mm). Easily fit five passengers. In the back seat even three adults can feel comfortable. Trunk capacity – 600 to 1700 L. In the dashboard presented system multimedia (9 inch screen), audio system, adjustable seats, cruise control, 4Control system, R-Link 2 and many others. All the elements are as ergonomic as possible, which is a significant advantage of the model. 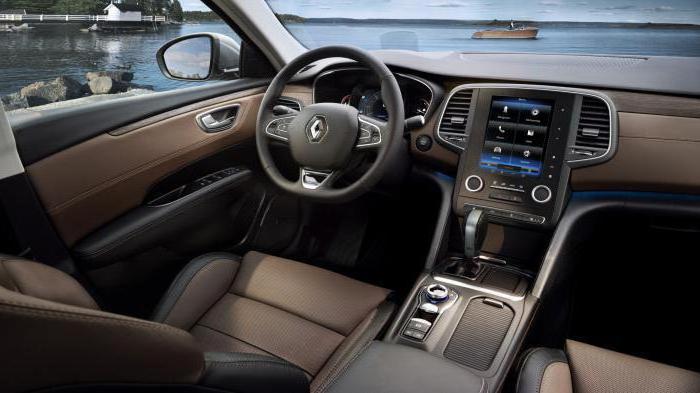 Specifications of the new model “Renault Talisman” meet the level of D-class: up to 100 km/h is dispersed for 9,9 seconds. fuel consumption-13 l model is equipped with a built-in turbo engines, both petrol and diesel.

“Renault Talisman” Russia has not yet appeared in the sale. Official statements about whether the car is presented in the domestic market, was not done. However, in Europe the new model is already widely available. Experts predict that “Talisman” enough to quickly take a leading position in its segment.

Tula is for many synonymous with gingerbread and samovars. But adults still remember motorcyclists scooters “True”, which were distributed throughout the country, and ridiculous in today's perception of the motorcycle ...

Often on various forums dedicated to autoamatic, complaints can be found car owners on tap at the steering wheel. In this case, often the best solution is to replace the steering rack. Let's look at how this detail, typical malfun...

Carmaker Toyota in the distant 1990, she released the Land Cruiser 80 – the best SUV ever produced by this company rocks the entire market of 4x4 cars. Despite decent age, “TLK 80” in its technical characteristic...

Sooner or later the oil reserves around the world will come to an end. Of course, this is unlikely to happen tomorrow, but today fuel prices based on crude oil increased significantly. This fact has become a good incentive for dev...

the First military trucks was significantly different from what is being developed now. In the days of the great Patriotic War, particularly popular were the so-called multipurpose vans, various staff vehicles and mobile repair te...

The cheapest foreign cars in the service list, specifications & reviews

the Car is need of every second person. Without a personal vehicle now hard. But the financial situation does not always allow us to purchase the car that you want. But you want to become the owner of an attractive, reliable car. ...