Modern "Summer Lightning". What is it?

The Older generation, who grew up in the Soviet Union, a well-known game "Zarnitsa". What is it? Massive popularity the game received, thanks to the combination of interesting outdoor games and military-Patriotic education. Used to play it all - the pioneers and Octobrists. And as far as these contests are adapted for today's children and adolescents?

"Zarnitsa". What is it today?

"summer lightning" is a military-sports game for kids of all ages, aims to teach the basic principles of military Affairs in the form of a game. 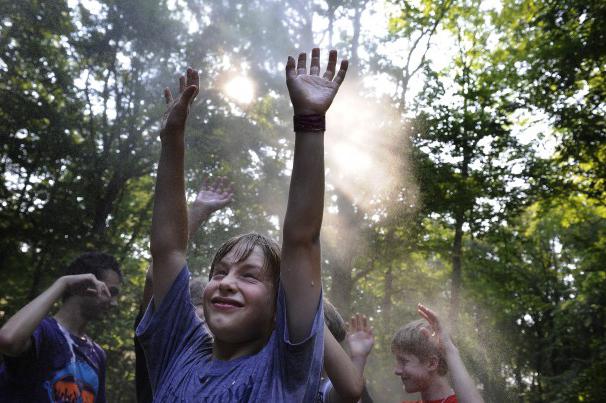 With the collapse of the Soviet Union, the game lost its popularity. Now many students the question: "Zarnitsa" - what is it?" enthusiastically respond that it is one of the best school games. It is not boring lessons and not military drill, but an incredibly interesting contest, in which you can buy a lot of useful skills and knowledge.

"Zarnitsa" - a game of many generations and of different scales. It can be played as a single class, and the whole state, starting with first grade and ending with fifth-year students of universities. There are a huge number of ready-made scripts for participants of different ages. They all contain intelligent, athletic or strategic tasks. Completing these guys train the mind, body, and wit. Competitions can last for hours, days or even weeks. They can be used personnel and even military equipment. 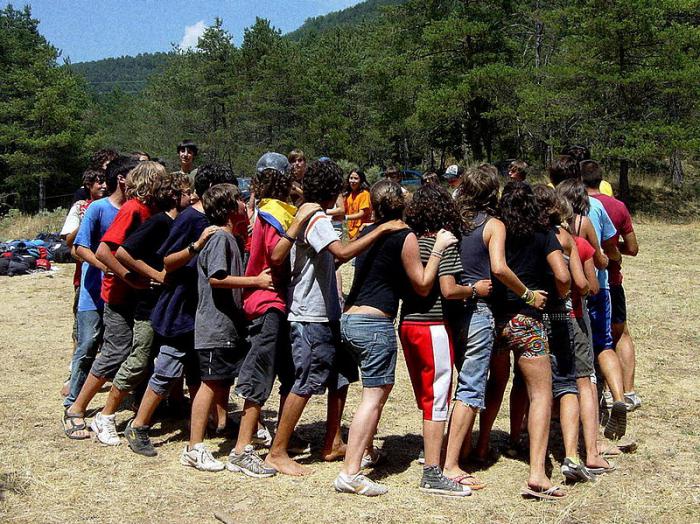 For the First time "Zarnitsa", the game of Soviet youth, was held in 1964, although it was officially recognized in the USSR in 1967. Its author is the teacher of the Perm region, Zoya V. Krotov. She also developed and game rules.

Very quickly, "summer lightning" has gained popularity among young people, having received all-Union status. And for good reason: in addition to entertaining, the game had clear political overtones - the education of military-Patriotic spirit of Soviet schoolchildren. Moreover, it was the first stage of preparation for service in the army. Repeatedly the competitions were held on the territory of military units with the involvement of the military, army weapons and special equipment.

"Zarnitsa" - the game, the rules of which involve the separation of participants into teams with the same number of players. The number of teams depends on number of registered participants. Each team chooses a commander, thinks the logo and name.

At this time the "command" in the face of the teaching staff of the school or camp is developing the game scenario, makes plans, creates individual assignments for commands.

The Beginning of games is a solemn event during which the banner shall be made under sounds of the anthem. The "chief" declares martial law and puts the main task. Captains get route plans.

Next, the teams develop tactics: a plan of action for every item which meets a certain party.

After starting the competition starts, the teams progress from one stage game to another, gaining points or getting trophies for completed tasks. It may be intellectual questions or athletic standards of military orientation.

The Result of the game can be capture the flag, conquest a certain number of points, etc. 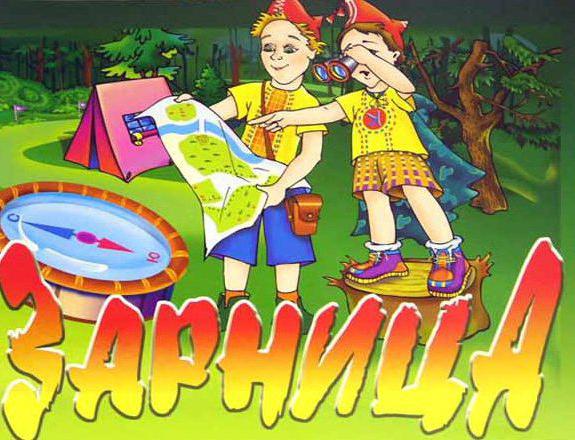 "Zarnitsa" - a game whose goal is learning the art of war, so their main stages include tasks that will be able to instill useful skills. For example:

- a View that includes the presentation of the symbols and emblems of the team and original greetings of their opponents.

- an obstacle course that tests physical preparation of participants, teaches mutual aid and partnerships: the strong must help the weak, otherwise you lose the whole team.

- the mask Putting on for speed.

- Setting up tents and laying of the backpack.

- the Ability to quickly make a fire and boil water.

- the Ability to navigate by map and compass on the terrain.

Then, depending on the age of the participants and the objectives of the event may include steps such as assembling Kalashnikov assault rifles, military climbing, digging trenches and trenches, the skills of handling military equipment and weapons, etc. 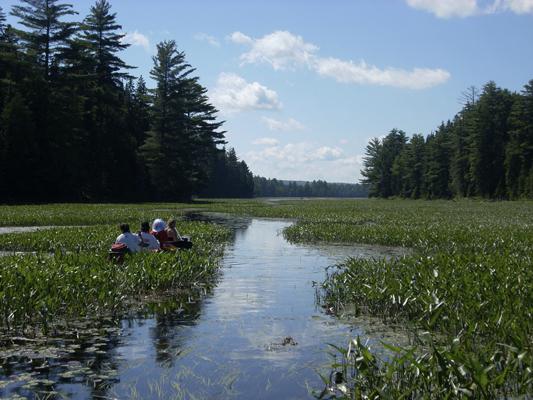 "Zarnitsa" - what is it? Role-playing game in which each stage develops certain skills and abilities that can be useful not only for service in the army (drill, skill with weapons, obstacle course, etc.), but in any life emergency situations (ability to navigate the terrain, camping and backpacking, first aid, light a fire).

Choose a ready-made script or write it yourself - enjoy the game!

Insomnia during pregnancy: what to do, how to deal

Insomnia during pregnancy – the problem that was avoided only two dozen per cent of women. For most, falling asleep becomes a real flour that adversely affect the health of the expectant mother and fetus. It is noteworthy th...

Changing table belongs to the category of comfortable and functional furniture for the parents of a newborn baby. From baby's mom has not yet recovered the body after birth and back pain often. So to change a diaper, perform hygie...

What and how to feed children who refuse to eat?

Many moms it is difficult to feed their child. For some reason the child refuses to eat. First we need to understand why he does not want to eat, not like food, or maybe something hurts. We understand this in our article.How to fe...

Cryptorchidism in a child: photo, treatment, what is the procedure, reviews

Cryptorchidism in children - a congenital abnormality in boys in which are in the scrotum are not omitted one egg, and sometimes both. They can remain in the inguinal canal, in the abdomen or in the upper part of the scrotum. It's...

the Most popular among competitors is the brand Faber Castell, mechanical pencil which is recognized as the most popular product. A huge number of varieties of pencils of mechanical type can offer customers this legendary German c...

After the woman learned that she is “interesting” situation, it is necessary to address to the gynecologist. Why should do it? To find out the correct gestational age, to check the status of your health, and also to ob...