Natalkinskoe field located in the catchment of the river Omchak is 459 km from Magadan. Opening it happened in 1944, the year started work on the extraction of gold ore.

Describes the place where minerals were discovered, the scientist-geologist D. T. Aseev in the 40-ies of XX century. Gold-bearing creeks named by analogy with the children of geologist – Natalka and Pavlik. Later, the names of the streams formed the basis of the names of the places of clusters of gold.

At the same time formed a state-owned enterprise for mining and processing of gold.

Ore Deposit in this area is a mineralized zone, riddled with quartz inclusions. Studies have shown that the ore reserves are equal to 319 million tons, the amount of gold in them – 1.6 g/t or 16.3 million ounces. The estimated reserves of minerals – 777 million tons, of which 36.8 million gold ounces. 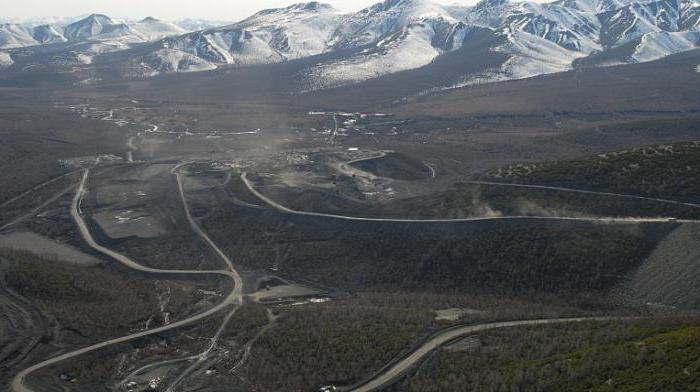 Although the reserves of natural clusters is quite impressive, however the production of finished products does not exceed 1500 kg per year. For all time of operation was extracted 93,2 tons of gold. The result is rather modest. 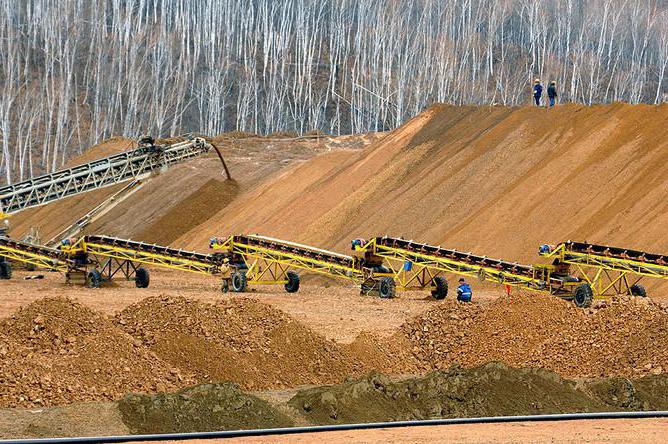 The Ores of this area are characterized by constant composition. They relate to technological variations. Meet the primary and mixed ores. Mineralization is irregular ore, expressed in sulphides and gold. Sulphides of not more than 3%, carbonaceous substance – 4-4,5%.

The Minerals accompanying the gold in the area is:

Gold is placed freely in the ARSENICAL pyrites and sulphur pyrites. A small amount of gold is connected with the other minerals and coal. Present contaminants – for example, arsenic in the amount of 1%. 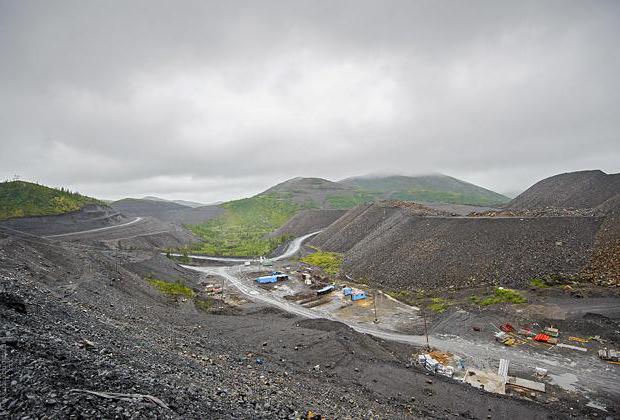 Additional exploration Program and its results

In 2004-2006 on natalkinskoe field program was carried out exploration of minerals. Within it was carried out expert work, estimated reserves of resources. According to the study results into account its reserves amount to 1449,5 tons of gold. Also recorded reserves of gold outside of the mine in the amount of gold 309,4 tons. Development of natural resources is provided exclusively by open method.

In 2008, launched a factory for gold extraction, having a capacity of 120-130 thousand tons of ore annually. In 2010 was conducted with approval of project materials, it was a question of the technology of the factory, carried out intelligence work. State authorities gave positive opinion. Therefore, in December 2010 the decision on the construction of the enterprise for extraction and overwork the natural resources on the basis of natalkinskoe gold deposits. 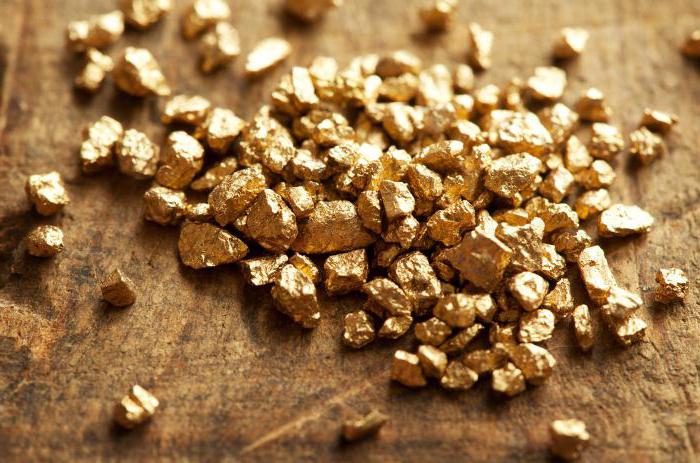 Since 2003, the gold production in this field has been the company “pole". This is a serious company formed from the company «Norilsk Nickel». The history of the company began in the 70-ies of XX century. In 1993 she was awarded the modern name. Nowadays the company belongs to the family of Suleiman Kerimov. The company is engaged in gold mining in Yakutia, near Magadan and Irkutsk, Krasnoyarsk.

Since that time, the field is undergoing a new round in its development. Since 2007, Natalka (as abbreviated as mine) has become a leader in Russia's gold reserves, pushing into the background field near Irkutsk and Krasnoyarsk.

In 2013, Natalka was delivered logistics equipment, the work produced on land, which began equipment career. Built and tested mills in the factory, laid a tunnel to transport ore.

In 2014, the development natalkinskoe field has been postponed. This was due to the fact that in the process the employees of the company found a discrepancy in the data provided in 2011, with the actual results of mining.

As a result of processing 10 million tons of ore it is expected to receive 500 000 gold ounces. However, the result does not reflect this figure. The project was suspended, began an audit of the Deposit. The reputation of “Poles” suffered.

The company's Specialists found out that the basis of the previous studies were used data obtained in the Soviet period. Therefore, the results of the output were not entirely accurate. It was found the deviation in the direction of excess.

In 2015, studies have been conducted to recalculate the inventory, an updated project development of a gold Deposit. The real reserves were recognized by 16.2 million ounces and resources – 36.8 million gold ounces. The previous figures were higher than these in 1,5-2 times.

The Company introduces a new way of rudepirate to reduce errors in the calculations. 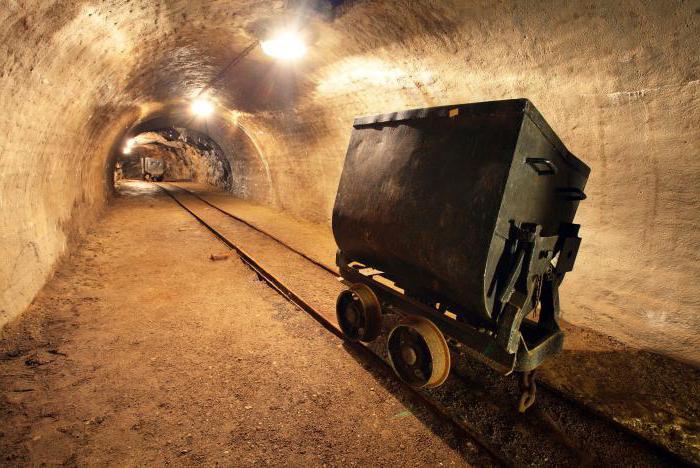 For some reason, there was non-confirmation of reserves at the Natalka before us? The experts provide such information in response to this question.

During exploration can occur errors in the data about the gold content, both in upward and in the direction of depreciation. During the course of error, usually kompensiruet.

Understatement of contents occurs during investigation, and during testing the data on the gold content increased. Overstatement of content happens during the delineation of ore deposits, since the value is related to the volume of samples and their density. Errors in the values lead to distortion of information about the area and size of ore bodies i.e. gold, discovered during the exploration of a, but is in the other circuits.

The Balance of errors is violated, leading to data corruption. This situation requires changes in existing procedures for the exploration of natural resources.

If we talk about natalkinskoe field, this area is considered complex, with the presence of ore bodies of gold. Of course, the technical equipment of intelligence corresponded to the highest level, but the results, for obvious reasons, was inaccurate. 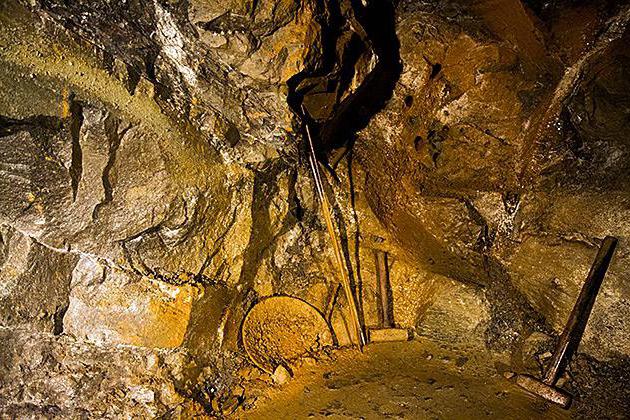 The gold mining industry of our time suffers from a lack of fresh ideas. Large enterprises because of this suffer huge losses. Launch of Natalka – an important stage for “Poles”. In addition to the land the company owns the license to develop Sukhoi Log, located near Irkutsk. Gold mining it is planned in 2025.

Past failures with evaluation of the data is gradually forgotten, and the attitude of the investing organizations to “Pole" is improving. It is also promoted and news about the increase in world gold prices. 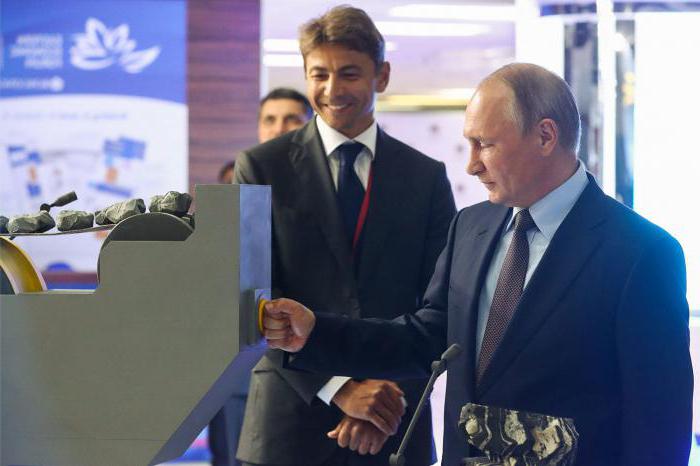 In the Fall of 2017 hosted the launch company for the extraction and processing of natural resources on the basis of natalkinskoe field. The ceremony was accompanied by Vladimir Putin via teleconference.

Today natalkinskoe gold mine – the world's third largest reserves of gold. After refinement of the resource data set, that their volume is 319 million tons. Compared to 2011, the number of ore decreased by 28%, and the volume of Zolototrubov fell by 14%.

The head of the organization Pavel Grachev plans to bring Natalka maximum capacity by 2019. Aim is the production of 470 thousand ounces every year, by 2019 it is planned to reach a volume of 2.8 million ounces.

The company created 2,000 jobs. The project will ensure overall economic stability of the entire region.

So, we reviewed the history natalkinskoe field and interesting facts related to this unique natural area.

What is "carouse in black"

In recent years among young people can often hear a word like "binge". Archaize gradually become part of the slang of the younger generation. So what is "having a ball"?origin StoryWhat is the "carouse"? It turns out that our ance...