The Monuments of Penza are of interest to all who wish to explore the city that traces its history back to 1663. Information about them is given in this article.

The village is full of monuments, to perpetuate creative people. For example, listing the monuments of Penza, it is impossible to ignore the sculpture, depicting Belinsky. The monument depicting the famous criticism in his youth, installed in front of the main building of the Penza state pedagogical Institute. Vissarion Grigoryevich dressed in student uniforms used in the nineteenth century. 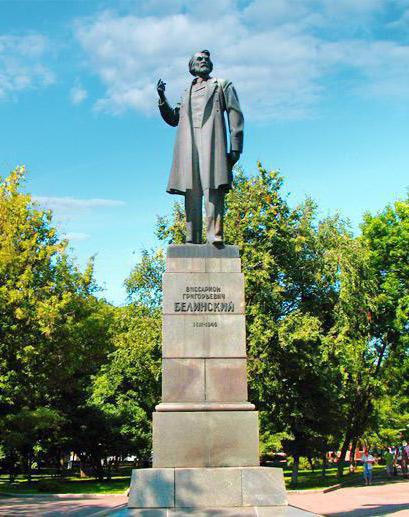 Monument to Mikhail Lermontov installed in the Park, received its name in honor of one of the most talented Russian poets. Bust of Mikhail Yurievich is located in the Central part of the Park. Its Creator is Ilya Yakovlevich Gintsburg, who completed work on a sculpture in 1892. The monument is interesting because it is the oldest in the city.

Worthy of attention, and other monuments of Penza dedicated to writers and poets. For example, the bust of Alexander Pushkin is located in the square named in his honor. The sculpture, made of granite, every year attracts many fans of the genius. On the sixth of June in this place traditionally held poetry readings, and organized other cultural events.

The Victory Monument in Penza can be found on the eponymous square. "The monument of military and labor Glory" – that is his official name. The sculpture was erected in honour of inhabitants of the Penza region, who performed feats in the name of the victory over Nazi troops. The opening of the monument took place in 1975.

The Victory Monument in Penza is considered one of the symbols of the city. There are also less well-known monuments dedicated to the great Patriotic war and its heroes. For example, sculpture ‘the Star of Victory”, which is located on Victory Avenue. If you take a closer look at the star, you can see a picture of the Kremlin. 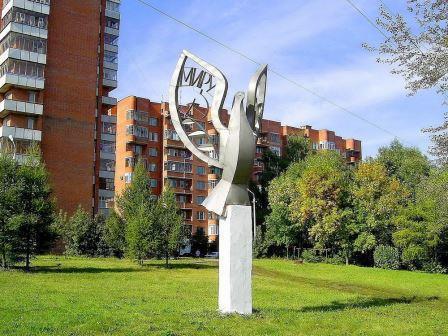 The Monument «peace Dove" symbolizes peaceful intentions, celebrates the friendship of peoples. This monument in 1965, was installed on the street of the World. It is a figure of a white dove, which holds in its beak an olive branch. The inventor of this emblem is an artist Pablo Picasso.

Monument to the first settlers

The Above are far from all the interesting monuments of the city of Penza. The sculptural composition “Pioneer” - another symbol of the village, its image can be seen on local Souvenirs. It is dedicated to the founders of the city and its first inhabitants. The opening of the monument took place in September 1980. 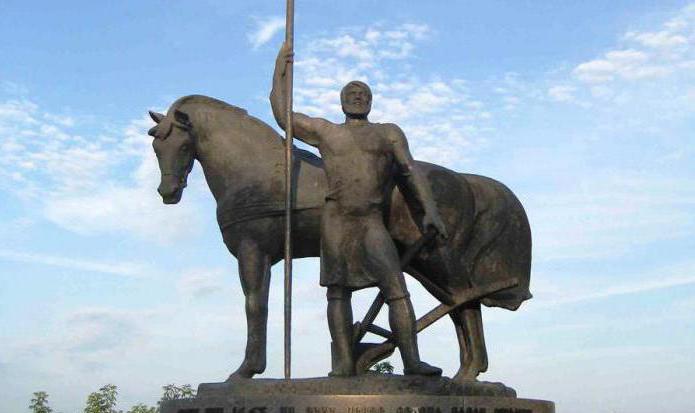 The Monument symbolizes two important moment in the life of the first inhabitants of Penza. We are talking about the protection of the South-Eastern borders of the state from aggressive nomads and peasant labor.

The monument to the fighters revolution

This monument is located on Sovetskaya square, the ceremony of its opening was held in November 1928. The monument was erected on the site of a mass grave in which he found peace the people who died in the battles with the Czechoslovak Legionnaires. Previously there was a wooden obelisk.

Next to the monument is a plaque which lists the names of the victims.

What other interesting monuments in Penza can be called? It is impossible to ignore and the monument, which belongs to Maxim Lomonosov, resident of the city. The monument to goldsmith, this man wished to erect in honor of his grandfather Vladimir, who was a representative of the profession. 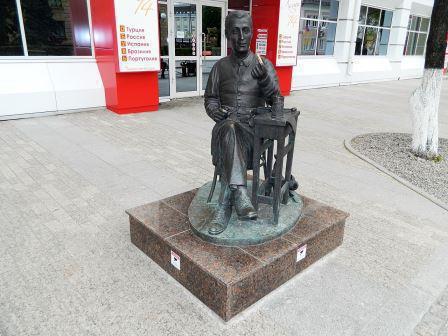 The Sculpture was decided to make bronze tools for making it sacrificed the idea of the author. Valery Kuznetsov-Penza sculptor who took part in making the monument. The monument was cast in Smolensk, located on the street of Moscow.

Above mentioned are not all the interesting monuments of Penza. For example, on the territory of the Park, adjacent to Fountain square is a bust of Maxim Gorky. The sculpture, praising the writer, is made of granite. The opening ceremony of the monument was carried out in 1978.

The relationships play an important role for the inhabitants of Penza. Proof of this can serve as a monument to the “Family”, which is located on the street Volodarskogo. You know, that this sculptural composition was completed in the 50s of the last century.

The Memorial stone of Yemelyan Pugachev, which is located in the Central part of Penza, street of Karl Marx, is also able to tell us interesting information about the city. In 1774 don Cossack stayed here with his army. In the XVIII century on this territory was the home, whose owner was a merchant Koznov.

The lady with the dog – sculpture, created by Valeriy Kuznetsov. The opening of the composition took place in 2008. The author claims that his work represents the collective image of the Penza women.