Shepelev Alexander – Ukrainian politician, member of the party «Fatherland». Known thanks to a series of fraud related to the embezzlement of banks. Today is on the run. But even so, it is one of the most successful speculators of Ukraine, who managed to steal from the people more than 300 million hryvnia. 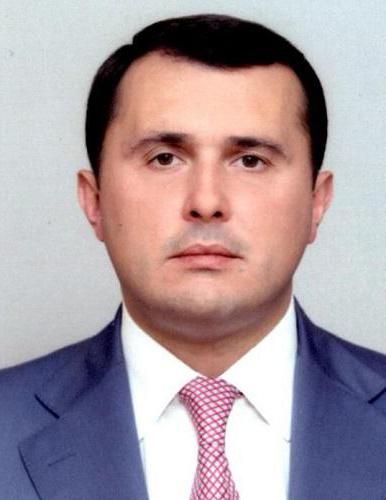 Alexander Shepelev was born in Donetsk on 4 July 1970. He spent all his childhood in this city. Higher education in Economics. Before joining the party official place of work had not.

In April 2006, makes its way to the Verkhovna Rada of Ukraine of political forces «Fatherland». In the next parliamentary elections, held in 2007, will receive an official victory for the state multi-member constituency from the bloc of Yulia Tymoshenko.

In March 2011, moves into warring factions “Party of regions». But a year later throws her. On next election, tries to pass through the single-mandate constituencies, but in the end not gaining and 1% of the vote.

In July 2013, Aleksandr Shepelev falls on the international wanted list, according to article 191 part 5 (embezzlement of public funds in especially large sizes). Soon arrested by Interpol and deported to Ukraine. In July 2014, makes a successful escape to Russia, where it is today. 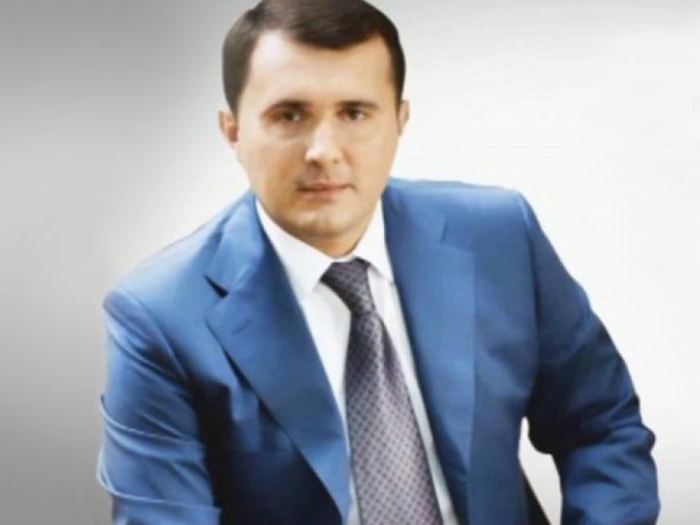 Let's Start with the fact that Alexander Shepelev originally had “platform” to start. His stepfather Vladimir Kuznetsov held the position of head of Department on fight against organized crime. In the vernacular it was called ‘storm the streets”, so as to reach him feared as they are muggers, and local businesses. Going back to the past, it should be noted that Rinat Akhmetov started “multiply” their capital is just the same under safe cover of Vladimir Kuznetsov.

Of Course, the money and influence of his stepfather helped Alexander Shepelev quickly to his feet. Together with his sidekick Paul Borulko in the early ' 90s he organized the konvertatsionny syndicate. Simply put, they began to launder money for various financial institutions. Turned out they had it masterfully. But because the number of people willing to use their services every day only increased.

Thus, for 2000 years the friends have amassed a sizable fortune. But to stop there they did not want to. 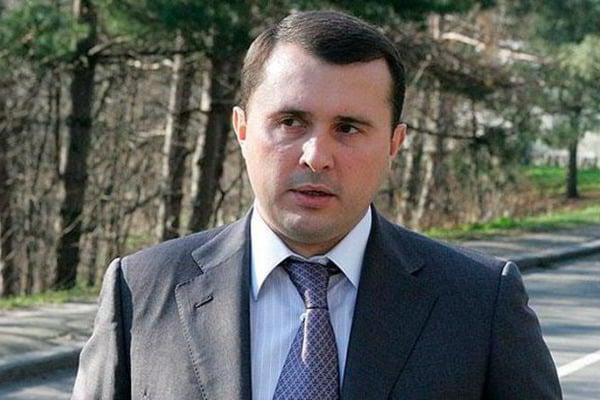 It is difficult to keep track of all the scams that are pulled these guys in the 90's. first, they acted very cautiously. Secondly, they were helped by some law enforcement officers. Therefore, under the official eye of investigators friends were only in the summer of 2003.

The Blame for this was Pavel Borulko. In early 2003 between him and the President of “Avtokrazbank» Sergey Kirichenko a serious conflict. Former partners could divide $ 2 million. Soon unknown Kirichenko stabbed in the stairwell of his house. All circumstantial evidence pointed to the involvement Borulko to this murder, but to convict them was not enough.

In 2005, Paul appears in another criminal case. This time it revolves around the mysterious death of the owner ‘Interkontinentbank” Igor Pluzhnikov. After the death of the employer his child was on the verge of bankruptcy. Custody took three other banks, one of them, incidentally, was ruled by Alexander Shepelev.

In the end, “interkontinentbank” has been completely plundered. Defrauded investors tried to get their money back through the courts, but a positive result to no avail. As banks-guarantors securely covered his rear, covering debts to the state illiquid securities. Of course, everyone knew who was behind all these scams, but the lack of evidence allowed them to escape justice with impunity. 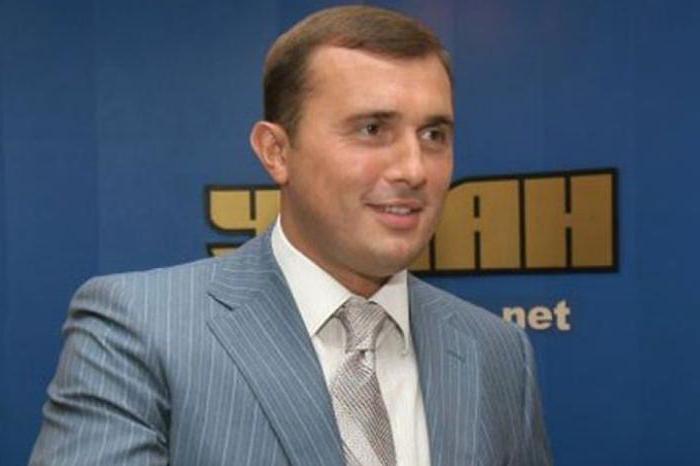 Relocation of the capital

In 2005, Shepelev decides to expand the sphere of influence and opens in Kiev a branch of the Bank «Donkreditinvest”. In the early stages of construction, the entrepreneur has faced a number of problems. To solve them without the intervention of the Metropolitan elite he couldn't do it. So he shamelessly impresses a certain Nikolay Suprun – head of the economic division of the Verkhovna Rada of Ukraine.

Then everything goes according to the prepared template. In the centre of Kiev, he is given a space previously owned by the Bank «Ukraine». Hired staff, created assets, and a few months later the financial institution opens the doors to all comers. While the would-be bankers did not care about the fact that they illegally seized part of a residential courtyard with a Playground.

The Case of a private Bank opened Shepelevo eyes. He realized that without the right connections and influence to survive in the capital impossible. Therefore, the banker decided on a radical step-to go into politics. The only problem was that the coming elections were to be held only in 2007.

However, the output was. For a small financial support in the amount of $ 10 million, party «Fatherland» welcome to a new member. And in 2006, the political world knows that Alexander Shepelev – Tymoshenko ally. Then MP is introduced as an honest man, who with all his heart and soul for the development of Ukraine.

In practice, the Deputy Shepelev enjoyed power only for personal gain. The party didn't kick him out just because he was doing her dirty work. For example, cleverly masked accounts of deputies, laundered money and solve technical issues. Moreover, in 2007, he finally passed in Parliament in multimember districts. 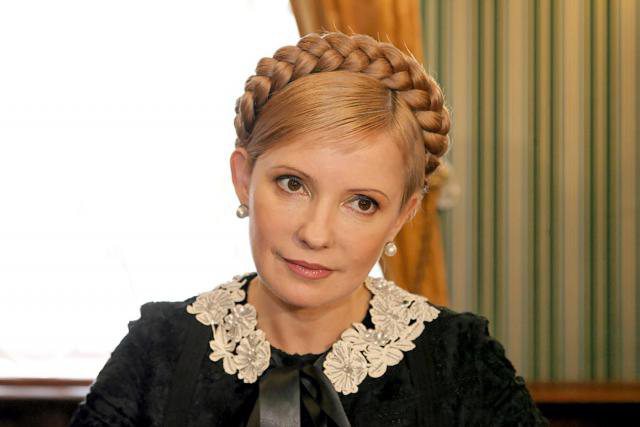 Due to a small conflict with the oppositions in 2006 Aleksandr Shepelev falls out of favor with powerful people. Soon, his biography begins to be checked by law enforcement. This leads to the fact that the outside float unpleasant for a politician facts.

In particular, a special resonance is gaining case involving fraud in the Bank “Donkreditinvest”. At first Shepelev wanted to bribe the investigation, but on his way there, an OCD officer Roman Yerokhin. He basically does not take money from the corrupt Deputy, and pays with his life.

As for Alexander Shepeleva, then again he emerges unscathed. Despite the fact that all the perpetrators of the murder of a policeman was caught, the case was never moved forward.

In 2008, Aleksandr Shepelev launches a new Scam. More precisely, everything happens according to the old scenario, but with another financial institution under the name “Rodovid Bank”. As before, with the owner of the Bank can sometimes be a nuisance, after which the establishment is on the verge of collapse. In order to protect the investments of depositors, the government appoints the new leadership, which is headed by none other than Aleksandr Shepelev.

But as before, to save the “sinking ship” no one was going. Pumped it for all it's assets, the rescue team decided to leave quietly. However, there was a puncture. The main witness in this case survived a failed assassination attempt and decided to testify. Then began the slow, but irrevocable judgment upon all the guilty. 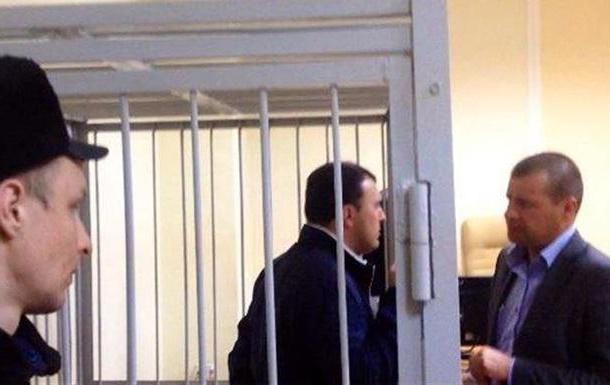 To Unravel a tangle of fraud “Rodovid Bank” happened only in March 2013. When it became clear that the brain of the whole Scam is Aleksandr Shepelev. Photos, now criminal, is transmitted to Interpol. After all, as it turned out, the politician was very smart and fled the country before signing a warrant.

In June of this year, the international police make arrest Oleksandr Shepelev, in Hungary. The same day he was being deported to his homeland. However has not passed also month, as a former politician, staged their own escape from the hospital. After that, he disappears into the vast expanses of Russia. Found it only in the spring of 2015.

Today Alexander Shepelev is under the supervision of the Russian law enforcement agencies. At home he is charged with allegations of murder for hire, attempted murder, and embezzlement of public funds in especially large sizes.