In the largest city of Kazakhstan, its southern capital, opened its first Dolphinarium. Geographically, it is located in Gorky Park. Wonderful views, cute animals, and festive atmosphere attract many visitors. 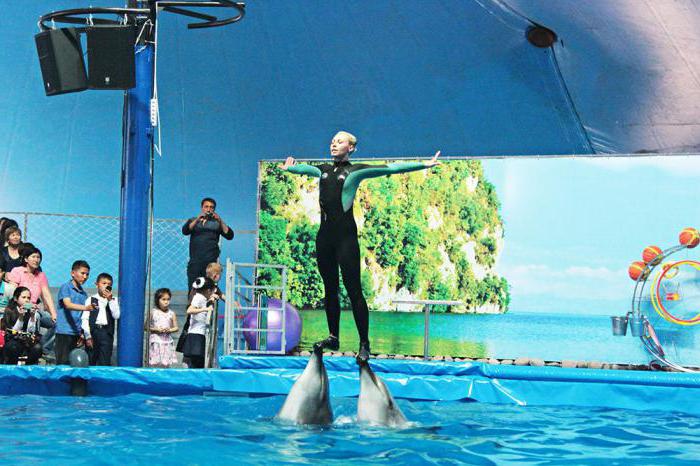 In Almaty Central Park of culture and rest (commonly abbreviated as Gorky Park) Gorky Park in the summer of 2016 opened the Dolphinarium 450 seats. It is included in the International community Dolphinarium "Nemo", its main task is to disseminate among the population the knowledge about marine wildlife, promote nature conservation.

The Audience of all ages - young and old - come here to see a wonderful show and get a lot of pleasure and positive emotions, the box office is always sold out. 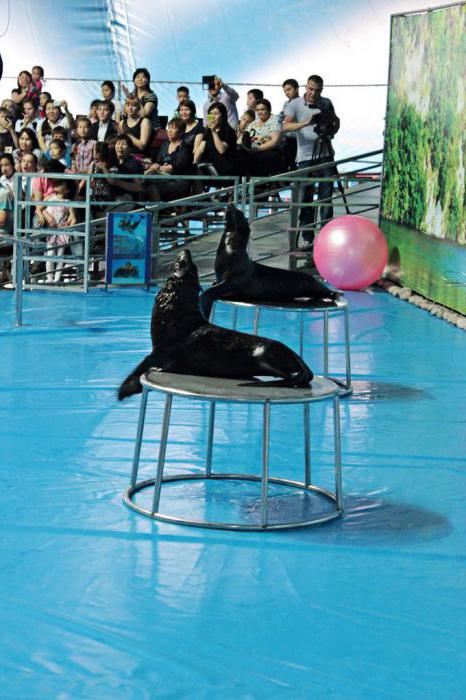 The Dolphinarium in Almaty has brought together some very talented and diligent artists. This:

With marine animals of experienced and professional trainers. Yes, it is the coaches, not the trainers, because the dolphins and seals require special treatment based on kindness and attention. Thanks to this friendly tandem Dolphinarium in Almaty pleases audiences with wonderful performances. 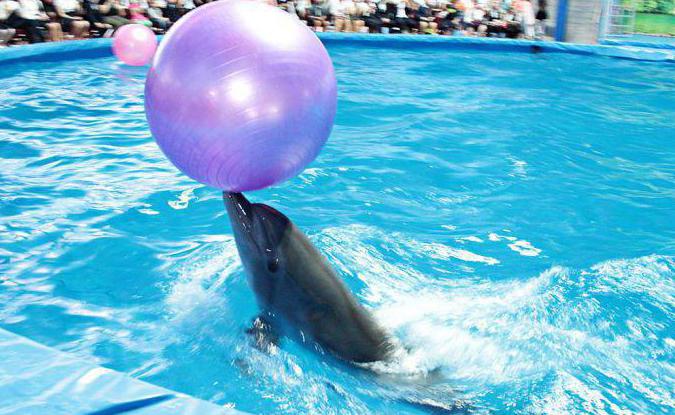 The Dolphinarium "Nemo" (Almaty) has bright, colorful and informative program. All rooms are dynamic, the actions are developing rapidly, so the show looks at one go.

Clever bottlenose Dolphin jumping through a ring, dance and paint pictures. They ride standing full-length coach on the back and toss him like a ball. Sometimes the dolphins start to be naughty, tumbling and splashing around in the pool, playfully leap out of the water under the laughter and applause of the audience. It looks very cute and adds to the ease program.

Sea lion all air - whirling, tumbling, dance steps and "okay" fins - performs very diligently, with a certain degree of grace. Loves the applause of the audience.

Navy seals - the real virtuosos, they are dancing, doing gymnastics, skillfully perform tricks with the ball. I like to sing to the accompaniment of the coach.

After the show-program adults and children rush to greet bottlenose dolphins fin, pet them, take pictures with them. How fun are invited to swim and do a few laps in the pool with the dolphins. And for those who suffer from autism and cerebral palsy, there are special health Dolphin therapy.

Going to the Dolphinarium in Almaty will never be forgotten!

The Dolphinarium, Gorky Park (Almaty) open every day except Tuesday. The program starts at 12-00, 15-00 and 18-00. The entrance ticket costs 3 thousand tenge, children under 5 years are free. There is a photo with the dolphins - 2 thousand tenge, swimming in pools with bottlenose dolphins and up to 35 thousand tenge.

Those who want to relax by the sea, a fabulously beautiful place with amazing nature of Kemer is perfect. This is a spectacular resort in Turkey, located forty kilometers South-West of Antalya, is situated at the foot of the Tauru...

Many travelers in their travels prefer to stay in chain hotels. You can expect anything from the weather, the political situation of any country. But as for the hotel, then rest assured that certain standards of line and the same ...