The Vorontsov Palace-wonderful attraction that is located almost in the center of Alupka, in the old Park, which attracts tourists with its romance and greens. The Palace is a unique architectural monument. It was built in the first half of the XIX century, in the era of romanticism, however, never ceases to impress guests with uniqueness and originality of exquisite architectural forms. 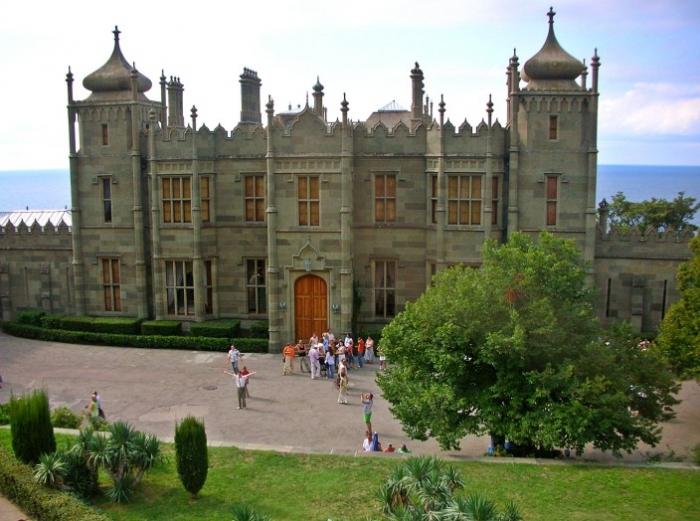 The layout of the Palace very original, enhanced by the interesting design of the buildings and interior. Wall and interior decoration incorporates the skill of their creators-hundreds of workers, masons, plasterers, carvers and joiners. The location of the Palace chosen so properly that it seems as if nature herself had built this building and it is an integral part of it.

At the time, Vorontsov Palace (Alupka) was the summer residence of M. S. Vorontsov, known in Russia statesman and Governor-General. He was the son of the Russian Ambassador in England, had an excellent education and upbringing. In his youth he participated in the wars against Napoleon, distinguished himself by bravery and dedication. In addition, Vorontsov initiated the development of tobacco growing in the South of Russia, contributed to the cultivation of grapes, horses, sheep. In a period of rapid economic development of the Crimea, he bought land here, and over time, the Vorontsov family owned the land not only in Alupka, but other parts of the Peninsula. To equip their holdings, Vorontsov was looking for the masters of various construction specialties throughout Russia and abroad. 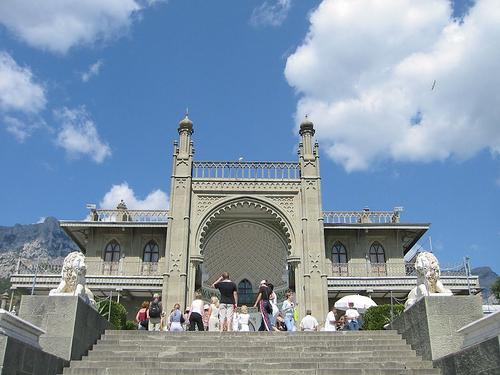 The architecture of the Palace

The Vorontsov Palace was built according to the architect of England – Edward Blore, who was a court architect of the English kings. What Blore is the author of Westminster Abbey and a small portion of Buckingham Palace. However, the place where the talent of the architect imprinted most vividly, is Alupka.

The Vorontsov Palace was originally built on a different concept, belonging to other architects Francesco Boffo and Thomas Harrison, but suddenly, construction was halted, and further development of the construction plan instructed Blore. The order was completed in one year, and though the architect has never been in Alupka, it took into account all the nuances of the terrain and environment so precisely that it seems as if he personally laid the Foundation. 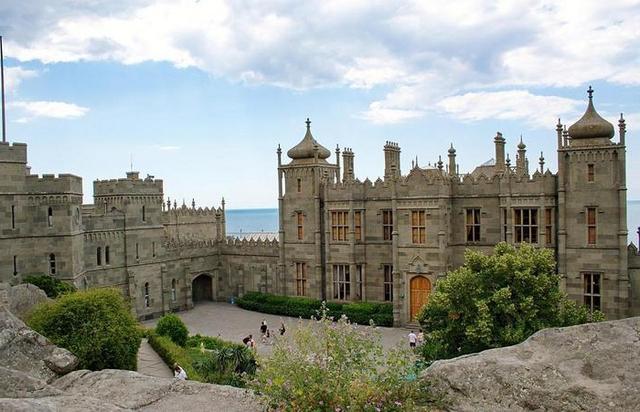 The Buildings of the Palace are very ornate in the direction of the East. The main entrance to the building is located on the West side, and tourists arriving here usually meets the typical feudal castle with round guard towers, confined spaces and blank walls. This building was designed in a medieval style, and every structure in the course to the East is an embodiment of architectural concepts of subsequent ages.

So, isolation is replaced by the light and fresh air that greet guest in the front yard. The main body is made in the Tudor style, as evidenced by the onion-shaped domes, pinnacles, battlements, and finials in the shape of flowers.

The Whole Palace complex consists of five buildings-Central, guest, dining, shopping and library. Each of them is different in style and produce impression. Because the impression left by everyone, suggest you recover to Alupka and Vorontsov Palace with your own eyes!

Those who want to relax by the sea, a fabulously beautiful place with amazing nature of Kemer is perfect. This is a spectacular resort in Turkey, located forty kilometers South-West of Antalya, is situated at the foot of the Tauru...

Many travelers in their travels prefer to stay in chain hotels. You can expect anything from the weather, the political situation of any country. But as for the hotel, then rest assured that certain standards of line and the same ...

The beach "omega" (Sevastopol city, Gagarinskiy district): the description of how to get, reviews. Beach holidays in Sevastopol