To identify deficiencies in the internal structure of constructions and details of used methods of nondestructive testing. They allow no intrusion into the base material to fix the defects of different kinds, determining their compliance with regulatory requirements. One of the most accurate ways of such inspection is eddy current testing, the application process, which involved electrical equipment. This method has significant drawbacks, but in some areas it is applied actively. 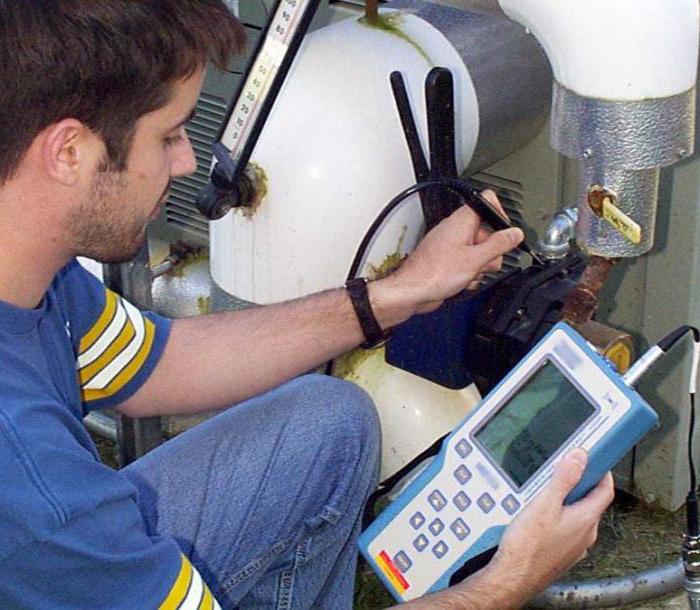 The Principle of operation of the method

The Control is based on analyses of the interaction between electromagnetic field detector with its snap and eddy currents, which are formed in the object field of the study. As for the control element, generating an active electromagnetic zone, it is usually represented by an inductive coil, which is also called Converter. Pulse currents that excite the vortex flow, in the end, allow us to calculate the defective zone. The fact that the violations in the structure of the investigated object will inevitably lead to uneven material interaction with the electromagnetic field over the entire area. It is the areas with fluctuating currents and detects the eddy current method of nondestructive testing with the help of special analysis. The principle of operation is quite complicated compared to alternative methods of magnetic control, but then again he is one of the most accurate ways of identifying defects. 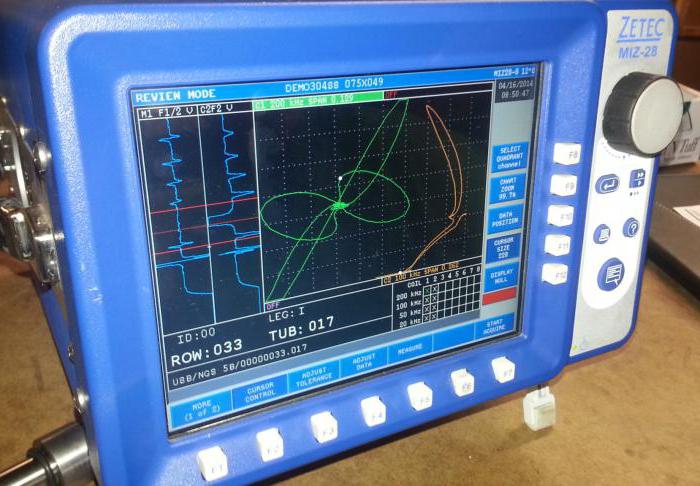 This method has two fundamental features. First and foremost is the ability to avoid direct contact with the target object. We are talking not just about non-destructive testing, and the technique of contactless inspection. This allows, for example, to diagnose structures and elements that are in motion. The contact methods of analysis are not excluded. For comparison, the method of magnetic-powder analysis, which necessarily requires application of the indicator material to the surface of the object. The second feature that distinguishes the eddy current testing of the General group of methods Troubleshooting is the possibility of additional analysis of the electrical properties of the material. But this functionality depends on the specific model of the used device and quality of auxiliary equipment. 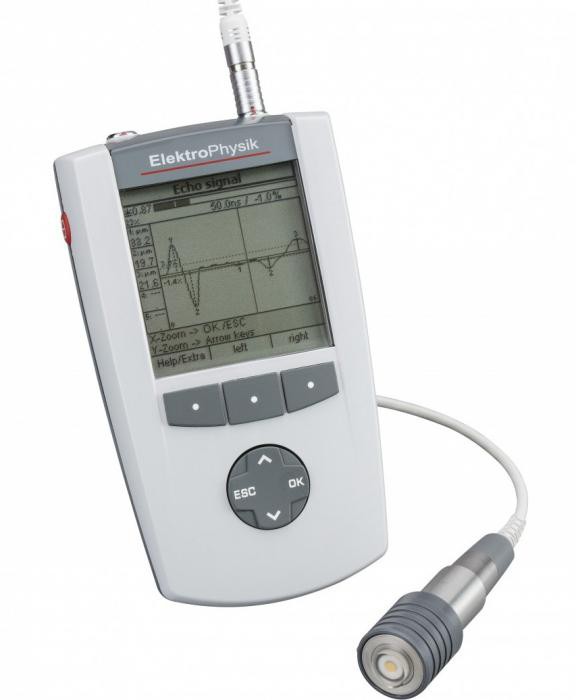 Devices may have different formats of performance. Common hand model, control station, component and modular machines. They also differ in methods of processing and presentation of information: it is possible to select analog, digital and microprocessor-based modern control devices. The inner filling is usually electrical based with the same coils, and the external organs consist of the sensitive elements of the analysis.

Also, the eddy current devices equipped with nozzles for easy placement transforms the device before testing surface. Although the devices provide the possibility of contactless control, position and direction sensitive element are of great importance from the point of view of getting better result. As for energy, the devices are powered by batteries or mains. In the first case, the device give the possibility of Autonomous diagnostics of structures and communications in remote areas.

As mentioned, Troubleshooting is not the only task, which can solve the eddy current method of inspection of materials. The second most common its function is to measure the thickness. The technique estimates the parameters of plates, film products, pipe walls and other objects. To do this, use special devices eddy current testing with the option of thickness. Often this is the main function that solves such devices. They are a compact manual type with the sensitive element, which also creates an electromagnetic field, but in the process of analyzing the records, not the presence of voids, and the thickness of the conductive sheet. 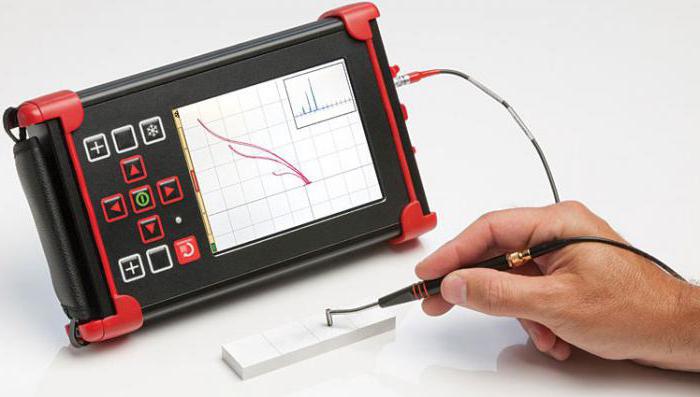 The Main direction of using varlakova diagnosis is Troubleshooting, which also provides different versions. In particular, the absolute control allows to measure the deviation of the measured value from the previously set reference point, which is tested in the calibration of the apparatus. Also eddy current testing provides a comparative measurement, which calculates the difference of two quantities, one of which is taken for reference.

Applies differential measurement, which calculates the difference between two apparent magnitudes in the verification process. But in this case the measuring path at a constant distance between the reference points remains the same. In each of the methods eddy current testing can work with surface and internal characteristics of the structure material. However, in-depththe analysis involves a small dip of about 2-3 mm, which is the main drawback of this technology.

Preparing the unit for operation 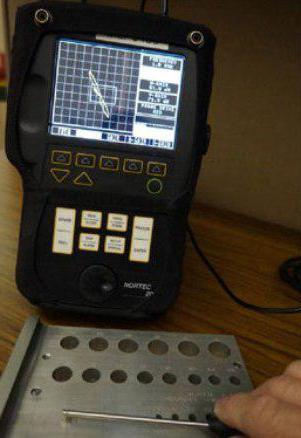 The Device is configured at the workflow through the calibration and setup of optimal sensitivity index in relation to the characteristics of the target object. Depending on the functionality of the device, the user can adjust the parameters of the electromagnetic filter, the power phase and the size of the gap sensor. It is important to note that the quality of application of eddy current method of nondestructive testing of the impact of external factors. To ensure the convenient placement of the device, its installation, alignment and direction of the transducer must be properly prepared and the workplace. Also the site survey is thoroughly washed, cleaned from dirt and oil stains, then dried, and optionally treated with chemical solutions.

The Technique of implementation method

In the first stage, the workpiece surface is scanned with the electromagnetic signal across the target area, which may be a little capture and the area not subject to analysis. Based on the characteristics of the received feedback signal is derived the conclusion about the object's physical state. The machine using computer analysis provides data on the wear of the object, the presence of defects and damages. A specific set of parameters will depend on which task was put in front of eddy-current control. GOST 15549-2009 this method determines the required set of characteristics of the signal, including phase, amplitude and combined in a pre-specified spectra. Next, the resulting information is recorded in the technical log control. The evaluation criteria identified defects previously provided in the task to control and allow to make a decision on the admission of products to the target application. 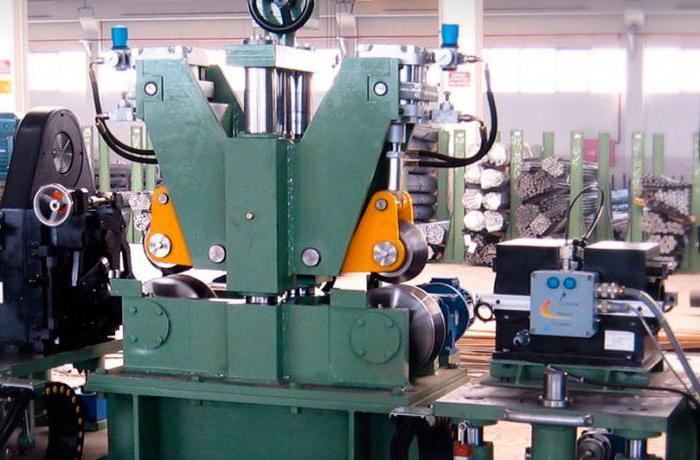 The technology of diagnostics of structures and parts to determine the presence of defects is widely used in construction and industries. For example, multi-station cycles on Assembly lines producing metal products. Equipment in automatic mode checks the details for compliance with regulatory parameters. In the construction in this way assess the quality of metal structures, floors, racks, fasteners, welds, etc. are Widely circulated and eddy current testing of tubes used to detect discontinuities of the metal and promptly update the problem areas of the communication network. In the domestic sphere are often used thickness, which define the parameters of the same pipeline or different equipment. 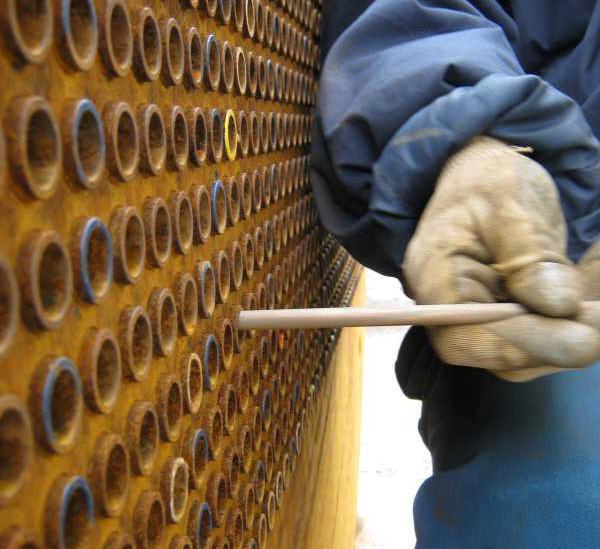 Eddy current method of Troubleshooting is one of the most technologically advanced and modern. It allows you to work with parts of different form and function, with high precision locking their physical parameters. But there are characteristics by which eddy current non-destructive testing is significantly inferior to alternative methods, including from the group of magnetic means. This applies not only to limit the depth of penetration of the signal. Electromagnetic currents can provide information about the internal structure of the material only in the case of electrical conductivity. The lack of this property makes the device useless with respect to such product.

kosogorskiy metallurgical plant (Tula) – large iron-works plant in Tula region. Created in the XIX century, it is one of the oldest in Central Russia. Here the melted high-purity pig iron, ferromanganese get engaged in art a...

currently, city are enormous. So to get from one end to another becomes quite problematic, since it is necessary to do several of the buses. Then people thinking about purchasing a personal vehicle, as it saves time, and in some c...

What is information system?

information System – an automated system through which to hear certain information. Currently, such systems operate in different spheres of human activity. For example, there is a system of communicating the results of state...