The king's gate (Kaliningrad) – one of the most famous architectural attractions the most Western city of Russia. In appearance the structure resembles not a triumphal arch, not a miniature hunting Lodge.

A short history of fortifications Kaliningrad

The First castle on the banks of the river Pregel emerged in the mid-thirteenth century. However, the idea to transform the whole of Konigsberg into a fortress arose among its inhabitants in the early nineteenth century (after it was occupied by the troops of Napoleon). In 1841, the city was visited by the monarch Friedrich Wilhelm IV, to which citizens were asked to build around the powerful complex of fortifications.

Soon began a large-scale work on the construction of fortifications of Koenigsberg, which had become a reliable stronghold of East Prussia. City's ring of fortifications was divided on several fronts. Each of them consisted of earthen ramparts, bastions, towers, artillery positions, as well as gates for the passage. 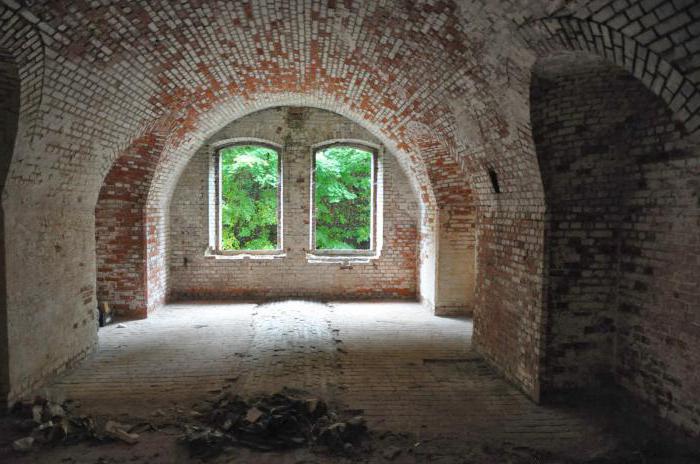 With the development of artillery it was decided to surround the Koenigsberg and a belt of FORTS. It was assumed that they would further protect the city with distant attacks of the enemy. Soon in vicinities of the city grew 15 brick FORTS (12 big and three small). They were all connected by a ring road with a length of 43 km.

The twentieth Century was a period of rapid development and modernization of weapons and techniques of military operations. Thus, the fortifications of Koenigsberg very quickly outdated and, in fact, his alleged role in history, they never did.

In the early twentieth century inner defense zone of Koenigsberg was purchased by the city administration in the military. A large part of the fortifications and bastions were demolished, ramparts were turned into avenues and boulevards. Fortunately, the king's gate have been preserved. About them and speech will go further.

To our days in Kaliningrad-Koenigsberg survived the seven gates of the inner belt of fortifications, Dating from the mid-nineteenth century. It Rossgarten gate in the North, Austalasia and Train – on the West, Brandenburg (South-West), a headland of frýdlant (South), Sackheim and the Royal gate (in the East). They were all built in the period from 1840 to 1850 in the Gothic revival style.

King's gate are symbolic for the city, they are the most beautiful and expressive among all the others. The author of the design is General Ernst Ludwig von Aster. The sculptures studied Wilhelm Ludwig Sturmer. 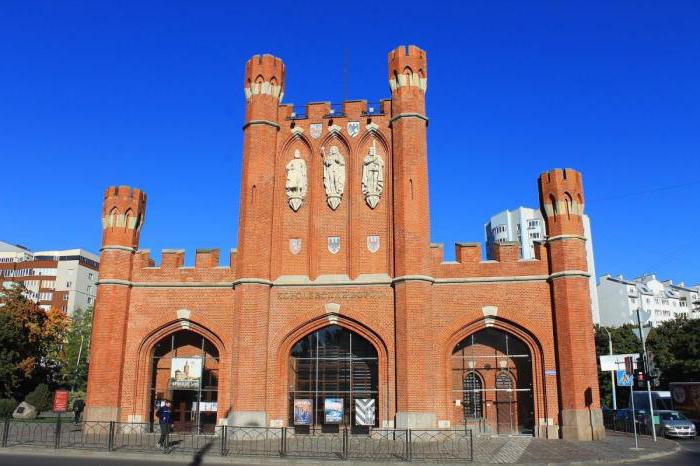 Gates is situated on the Lithuanian shaft, between Bastion “Grolman,” and the direction the New Pregel.

Construction History of the king's gate

The Gate got its name from the eponymous road. It was called Royal because her city was headed Prussian kings (the road led towards the suburbs Devau).

The Laying of the first stone of the future building took place in 1843. This was attended by the king Friedrich Wilhelm IV. At the time of construction to the gate on both sides were joined by earthen ramparts. Later, with the development of road transport they leveled. The paved road near the brick building. Thus, the gate was isolated, detached building. 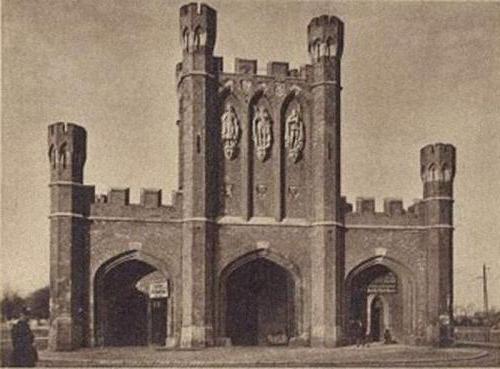 In the early 90-ies of the king's gate became dilapidated and required a serious reconstruction. Restoration work began in the autumn of 2004. They had allocated a budget of about 20 million rubles.

The Gate is a building of red brick, consisting of a wide passage (4.5 m) and the casemates, located on either side of him. Building with external parties is strengthened by embrasures. Gate horizontally dissected belt cornice into two parts. The top of the roofs of the casemates, as well as travel, topped with battlements and miniature turrets.

The Upper tier of the gate is decorated with recesses in which are placed the sculptures of the Czech king Otakar the Second, the Prussian king Friedrich I and Duke of Prussia Albrecht I. 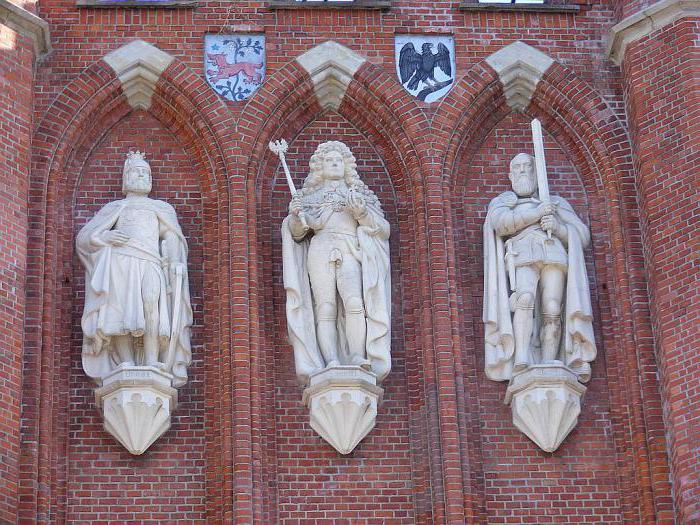 In 2005, after the completion of restoration works, in the wall of the king's gate laid the box with a message to posterity. One of the entries in it belongs to Russian President Vladimir Putin.

According to one version, it was in the king's gate can be many values hidden by the German army during the retreat from the city in 1945.

King's gate: the Museum and his work

In the Winter of 2005 the gates were a branch of the Museum of the World ocean. The building housed several exhibits dedicated to the development of the fortifications of the city, and also visit Kaliningrad, different well-known personalities, in particular – the Embassy of Tsar Peter the First in Europe.

The Museum also constantly held various events, ceremonies and meetings with foreign guests. A kind of “gate” in Russia for Western colleagues have become the old king's gate. Address: street Frunze, 112. To visit the exhibit daily from 11 to 18 h. (except Mondays and Tuesdays).

Resorts of Slovenia on the list, attractions and photos

Where to spend a vacation? The choice depends on the financial possibilities. To efficiently and inexpensively to relax, you can visit Slovenia. The country is famous for its attractions and natural beauty. Resorts of Slovenia the...

Everyone from time to time need to rest. Altai Krai — a real treasure trove for tourists. After all, this place has to offer its guests a lot of entertainment. Here you can swim in the lake, sunbathe on the beach, visit hist...