Painting “the Morning of the Streltsy execution” of a brush of Vasily Surikov puts the unprepared viewer to a standstill. What is depicted here? It is clear that people's tragedy: the universal passions does not give reason to doubt it. Also in the picture you can see – and learn – Tsar Peter the great. The Russian audience is probably well-known episode of Russian history, when Moscow Strelets regiments, taking advantage of the stay of the Emperor abroad, rebelled. But what pushed them to this rebellion? And I wanted to tell an artist his painting? After all, despite the dark title, on the picture I can not see any hanged or beheaded. Try to understand it. 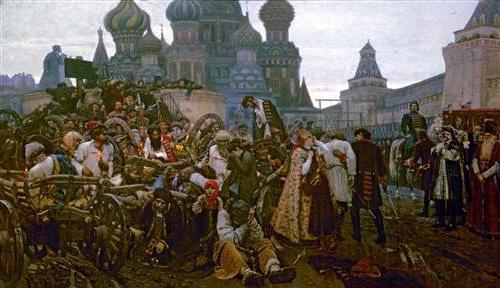 The Official version of events

The Sister of Peter the Great, Sophia, imprisoned in the Novodevichy convent, has not left hopes to sit on the throne of Russia. Taking advantage of the absence of a brother, she said that Petra was changed. She called for the archers to come to her aid and defend Russia from the invasion of the Gentiles (i.e., European managers, which the king invited from Germany and the Netherlands). Her appeal was responded to 175 soldiers from four regiments. They arrived in Moscow with a petition in March 1698. In early April, they managed to knock out from Moscow, but they returned to his troops and rebelled. His goal was to build on the throne Sophia, but if she will refuse the Kingdom - exiled Vladimir Golitsyn. The government sent against two thousand rebels and four regiments of cavalry of the nobility. In June the revolt was suppressed, and “the most egregious instigators" of the hanged. Describing the morning of the Streltsy execution, Surikov takes the basis of the official version. That is an act of justice, an accomplished 22 or 28 Jun 1698. Then, according to the Chronicles, was hanged fifty-six. 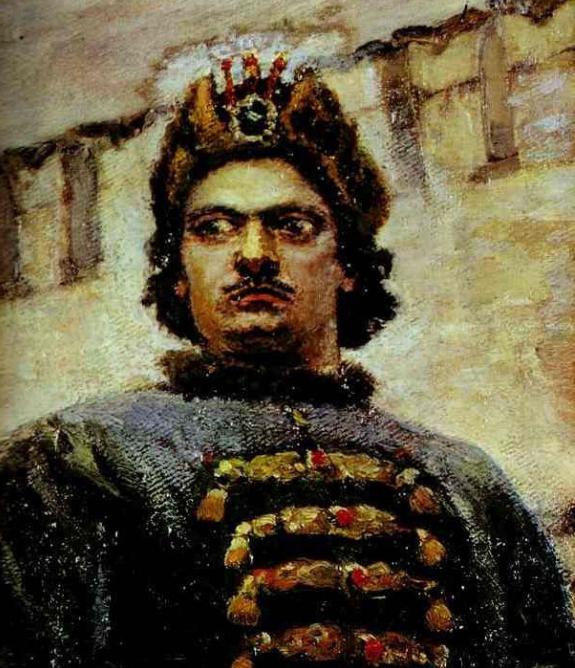 The Morning of the Streltsy execution: the story

In fact, massive repression began when Peter the great returned to Russia (August 25, 1698). The king initiated and led the re-investigation. Now the morning of the Streltsy execution that give the shocked diplomats at the time, took place on 10 October. Then it was hanged and beheaded about two thousand archers. Five of them personally, the king was beheaded. He had mercy on anyone, not looked any gender or age. Two maids their sisters, he ordered to bury alive in the ground. Those 500 archers that were too young king freed from the death penalty, but they cut off the nostrils, ears, branded and sent into exile. The repression continued until the spring of 1699. To bury the executed king, who was considered a fan of European values, have resulted only in February.

So what he wants to convey to the audience the picture “the Morning of the Streltsy execution”, which is the exposition of the State Tretyakov gallery in Moscow? This is the first large painting of Vasily Surikov, which he exhibited to the audience. He worked on it for three years – from 1878 to 1881, Why the artist turned to the theme of Russian history? Probably influenced by a stay in the ancient Moscow, where he moved after graduating from St. Petersburg Academy of arts. They say that at first the artist wanted to portray on canvas and several hanged. He even drew sketches. But one of the maids in the house saw them, she fainted. Therefore, Surikov abandoned the idea to shock the viewer. But the tragedy of foreboding penalty keeps us in constant tension. This feeling is stronger than the sight of a bloody scenes. The picture “the Morning of the Streltsy execution” like the collector Tretyakov. He immediately bought it. And later added to the collection two more wizard on historical subjects – “Boyarynya Morozova” and “Menshikov in Berezov”. 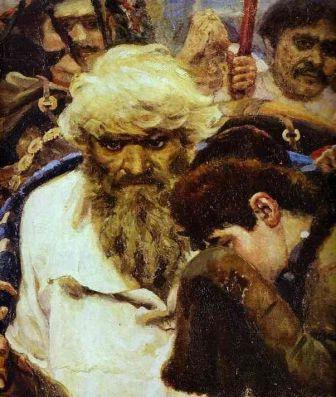 This is a large canvas (379 x 218 cm), made with oil. The picture “the Morning of the Streltsy execution” designed in dark color scheme, which further emphasizes the tragedy and the bleakness of the moment. The artist resorted to interesting in your composition. He closed the distance between objects on red square. In the picture fit from tower of the Kremlin wall, St. Basil's Cathedral and the place of execution. Thus, only a few dozen characters create a sense of a huge crowd, symbolizing the Russian people. It is important that the figure of the king is located on the second plan. To autocrat it was obvious the artist has depicted him riding on a horse. Peter leads «duel eye” with one of the archers, which did not break under the yoke of repression. The king realizes that he has no power over the proud spirit of the people, and his vengeance remains unquenched. 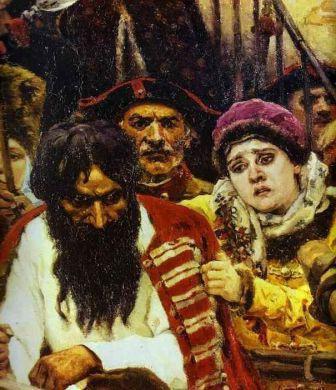 For the film “the Morning of the Streltsy execution” Surikov used a rich palette. Early autumn morning after a rainy night, when the square is still hanging fog, is the gray background upon which the more clearly they show through white shirts convicted archers and lights candles in their hands. A bright spot, attracting the eyes of the audience, playing Archer with red hair. Although his hands tied, and his feet crammed in irons, that his spirit was not broken. It symbolizes high shot up the flame of a candle, which he holds in the palm of your hand. White shirts and grey background, this grisaille soften the bright clothes of the inhabitants of those times. Red handkerchief little girl and gold-woven Kaftan Streletskaya wife translate the viewer's gaze on the grieving people. 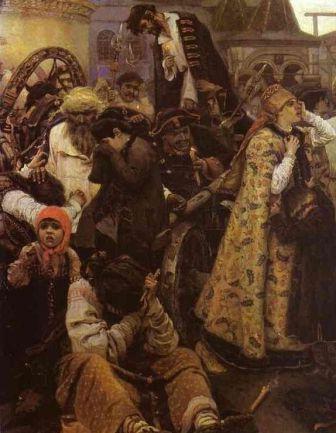 In the film “the Morning of the Streltsy execution” the artist has laid a certain code, clear not everyone. First, it is the number “7”. Just as many archers depicted on the canvas (one of them already took to execute – it remains only a burning candle-as a symbol of his eternal soul). Also seen seven heads of St. Basil's Cathedral. The architectural background of the canvas also carries a hidden meaning. Strict Kremlin tower corresponds to the figure of Tsar Peter the great, while bright, colorful head of the Church symbolize the aspirations of the Orthodox Russian people, the mouthpiece of ideas which were put to death by the archers.