The GAZ-24 – the legendary car of the Soviet Union. This machine has replaced the no less legendary 21st “Volga” and serially produced up until the collapse of the Soviet Union. “Twenty-four” has found application in various fields – from the taxi to the police and the KGB. Ordinary Soviet citizens it was not available due to the enormous cost. Many motorists aged still lustfully look at the “Volga”, which is becoming every day less and less. But should you buy the legend? Machine overview read more in our article.

Car series 2410 is an upgraded version of the regular “twenty-four”. Produced this model from '83 to' 92-th year. What is the "Volga GAZ-2410"? Machine photo the reader can see in our article. 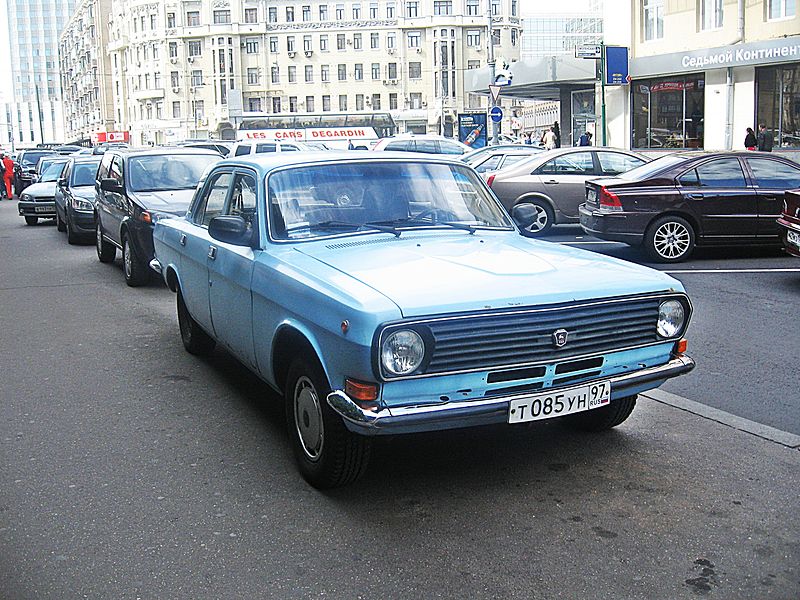 What are the differences between the upgraded version from the usual 24th? Externally, changes are not immediately noticeable, but experienced motorists know them by heart. So 2410 is different from the usual "twenty four" different grille and bumper, who was stripped of his signature "fangs". Lights, doors, fenders and other body parts remains the same. So many confuse an ordinary Volga 2410 with a model.

Today the design of the car is significantly outdated. The machine is, in fact, is a rarity and may qualify for the class of vintage cars. The quality of the metal on the new Volga was better than the successor. However, to date very little “twenty four" has survived in good condition. Rust, blistering of paint and oblessa enamel – is not uncommon on supported VOLG. After the purchase the owners immediately produce welding.

By European standards, this car belongs to the D class. The length of the "Volga GAZ-2410" is 4,73 meters, width – 1.8, the height – of 1.49 meters. The wheelbase – exactly 2.8 meters. A staff car was equipped with wheels of 14 inches with high profile rubber. Clearance was 17.5 inches. Despite the long wheelbase, "Volga 2410" different phenomenal maneuverability. The car is difficult to put on “belly” in the mud. By the way, the wheel arches are so huge that it's no problem to install 16-inch wheels on high profile tires (like on American muscle cars) or 18-inch with a profile no higher than 50. 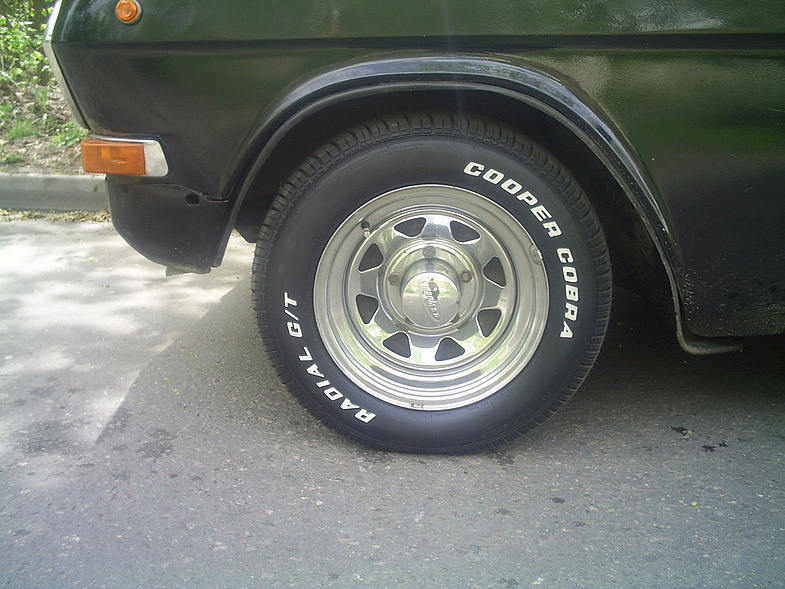 The interior Design of the "Volga 2410" (in the photo you can see) has been significantly improved. So, Soviet sedan got a new – a three-spoke – the steering wheel, separate seat (previously sofa) and a different front panel. The instrument consists of three huge wells. The speaker itself is not regulated, but to sit generally convenient. On the center console there is a stove and a couple of deflectors in the duct. Radio is not here. In order to preserve the authenticity of the time, a hidden modern odnotonovye “head” in a niche in the glove box. The quality of the materials used, surprisingly, happy. The cabin is more comfortable than the classics or other Soviet cars. For even greater comfort, the drivers seat set with “Opel Vectra”. 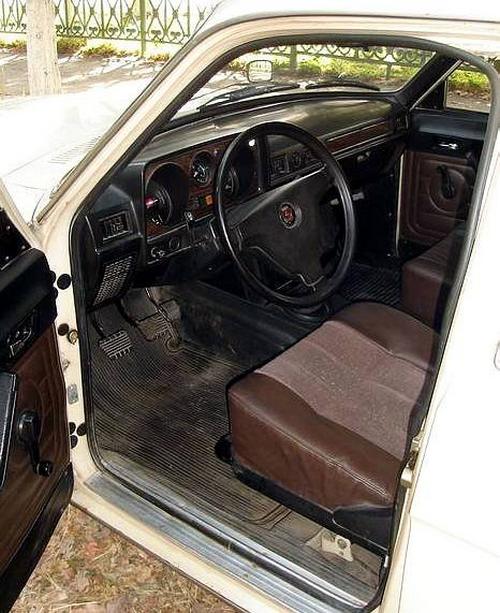 And if the quality of the materials-level, the sound insulation is obvious blunders. The sound of the engine is clearly heard in the cabin, and there's no way to eliminate. Even after a complete sizing of the vibration and the noise does not go away. It is the specificity of the motor itself, which works very loudly.

The size of the machine is just huge, so “Volga” has one of the largest trunk among all the Soviet cars. So its volume is 500 liters. But there is a certain minus to put the cargo inside, you first much lift. Loading the line is too high. And the opening angle of the trunk is limited.

With the release of version 2410 engineers changed and spare parts. So, under the hood of the modified Soviet "Volga 2410" is vosmiklapanny carburetor engine, inline with the cylinder. The engine got the name ZMZ-4022.10. The same motor was mounted on the first GAZelle in the 90's. the Unit was a 12-valve with timing chain. For a displacement of 2.4-liter unit developed 100 horsepower capacity.

A Key feature of this motor was the pre-chamber torch ignition. In this arrangement, ignition of the enriched mixture were carried out by the candle in a separate chamber. She shoots a torch 2 nozzles and ignited a lean mixture in the main. Cooling system – thermosyphon. But despite the refinement of the SOD, many of these motors was in full swing. 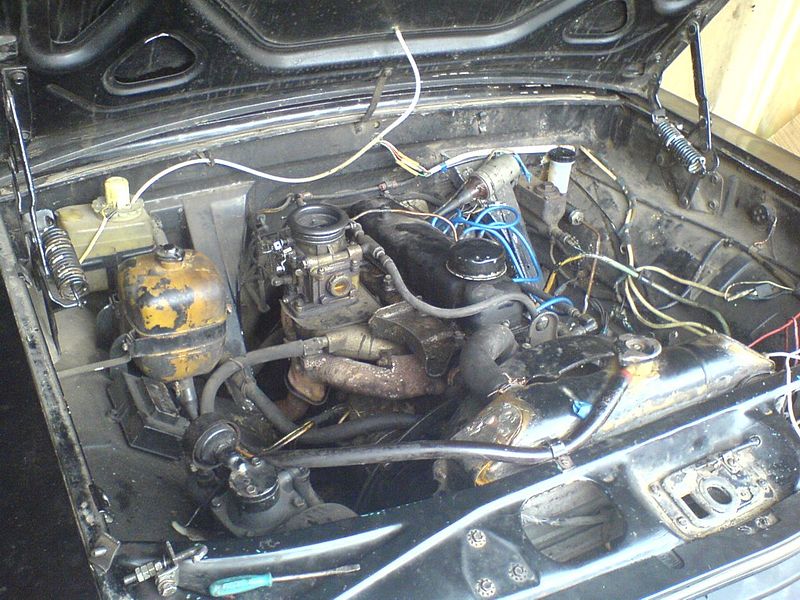 Also, many are faced with the problem carb settings. It is often changed to “Solex”, which has twice the resource and the right to shape the mixture. Still there are problems with the ignition (distributor it here). It is better to install contactless, in order not to experience problems during operation. Also these motors love “eat” oil. It not only burns in the chamber due to tired rings and worn after 30 years of piston, but gets out due to ‘oak’ Salnikov.

Transmission are normal, four-speed. Special censures does not cause. However, such a box is not much overclocking. The gear ratios are such that the cost overrun is already at 80 kilometres an hour. Box also over time, noise, transmission is included with the work. The clutch runs about 50 thousand kilometers. 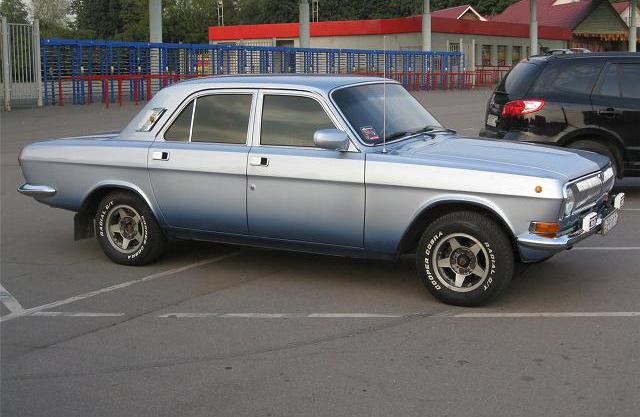 But to change it, you pretty suffer. As a refinement the owners of the put “Batistuta” from the later Volga. Her 402-second motor runs fine, the machine may economically travel at a cruising speed of 90 kilometers per hour.

Due to the huge curb weight (1.5 to 1.8 tons), the machine was not different acceptable dynamics of acceleration. So, hundred "Volga 2410" he scored for 22-25 seconds. The maximum speed was limited to 150 kilometers per hour. But more than 90 to accelerate this car is not worth it. Reviews say that the car becomes unmanageable. Consumption-Volga beat all records. A hundred machine could easily spend up to 18 liters of 92-octane. Some car owners put the carb from the “Eight”. 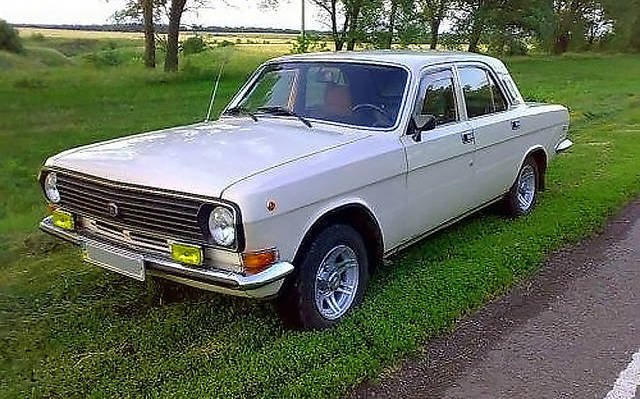 Then the consumption drops to 13 liters. But the power of the machine falls two times, and then the car does not pull. Alternatively, you can install gas equipment. But, say the owners, with it consumption increased even more - up to 20 liters. Also for correct work it is necessary to correctly adjust the ignition.

The car "Volga 2410" characteristics of the suspension are tuned for a smoother ride. Despite the fact that the front and back is dependent scheme with semi-elliptic leaf springs, the car gently absorbs all bumps. On the ride (and handling) many compare the Volga river with a barge. It is so that the car is very smooth and rigid. To make sudden maneuvers on it. The car is strongly to roll and leads the way.

They are here drum, and both axles. As they say reviews owners, of the brakes on this car do not have enough in emergency situations. Such a machine is to keep always a distance. 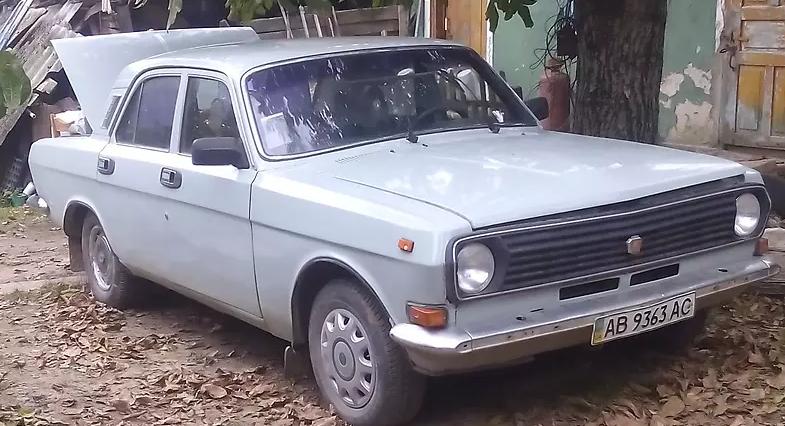 So, we found what has a "Volga 2410" characteristics and features. To date this machine, you can buy literally for pennies – 50-60 thousand rubles. But many instances are in poor condition. Moreover, it often breaks down the 402-th motor. When you purchase such an instance, you need to be ready for a serious investment. It's welding, painting, and repair or replacement of the engine (which is often). The machine will not work on povsednevku. If you take a model under restoration, it will be a great car weekend. But something more should not count.

How to choose battery for your vehicle? Overview,specifications, manufacturers and ratings for batteries for cars

a Car battery usually works a 3–6 years. So if you don't plan to buy a new vehicle every 2 years, at some point, you have to buy a new battery. There are more than a dozen brands of batteries for cars, and most of them are s...

the grip in the car is to connect and disconnect the crankshaft and the transmission, thus transmitting the torque to the wheel or stopping the transmission. In the car with a manual transmission always at the beginning of the mov...

the question of changing the fleet to leaders of the Union up to the early 90-ies of the last century. "the Seagull" at that time obsolete, so the decision was made to take “adopted” a new, more understated m...