"Chevrolet Niva": the clutch. The device and repair the clutch, "Niva Chevrolet"

The SUV "Chevrolet" the manufacturer installs a manual transmission. With its help, the driver self-adjusts the speed of the machine. Another important element of the system vehicle transmission “Chevrolet Niva» - the clutch. Let's look at its structure and repair. 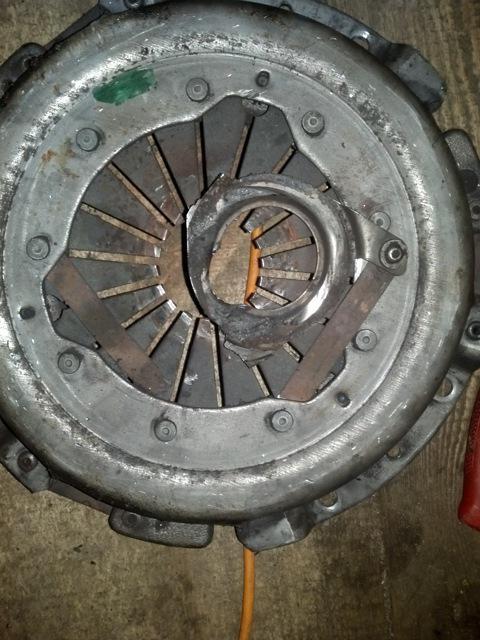 The car "Chevrolet Niva» grip the standard. Such kits can be seen on most domestic cars. This is a dry single-plate mechanism. It is permanently closed, equipped with a Central diaphragm spring and hydraulic backlash-free drive. Also consists of other details. What – will be discussed below.

It is mounted on the crankshaft of the power unit. The item performs the functions of the drive plate in the clutch system of the car. This item needs to compress the driven and driving member to each other. Also, this disk may, if necessary, to free the slave. This part is connected with the housing by means of springs. When the driver turns off the clutch, the springs perform the return function.

In the process of working on this disc operates the diaphragm component which is designed to provide the desired clamping force. It is necessary for the transmission of torque. The outer diameter of the spring edges of the pressuring plate. The inner is made in the form of metal petals. They can influence the release bearing. With the disc, and a diaphragm spring, and housing form a single unit which is called the clutch basket. It is rigidly fixed on the flywheel.

This element is located between the flywheel and pressure plate. The mechanism of the hub the part with splines fixed to the primary shaft of the gearbox. And the disc can move across its surface. For maximum smooth clutch engagement as it has special springs. They soften the blows and vibrations. The clutch disc on each side has a special friction linings. They are often produced from glass fibers, brass wire and copper. These components are under pressure vypressovyvaetsya in a mixture of rubbers and resins. This composition can withstand high temperatures.

This is an intermediate mechanism between the drive of the car and grip. This element is located on the axis of rotation of the mechanism. When the pedal is pressed it affects the diaphragm spring. Directly bearing installed in a special coupling, and in its movement causes the clutch fork. 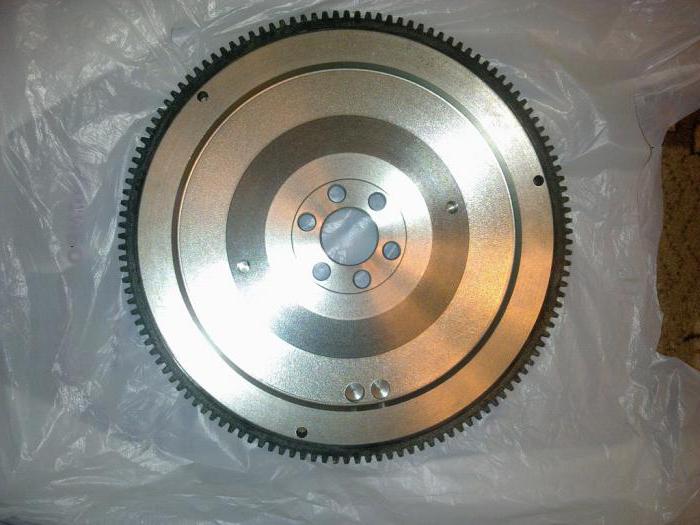 The Typical failure of the clutch on the car "Chevrolet Niva»

Clutch – the mechanism of several components. Like any other technical element, it can also fail. By car "Chevrolet Niva» the clutch is operated long enough. However, this does not mean that he will never need repair. This mechanism can appear some fault. We note a few common breakdowns. All of them are connected with slip. In this case, the mechanism turns on and off completely. The clutch will slip if there is a large wear of the friction linings slave disk. This happens because of the large mileage of the car or operate it in extreme conditions. Also the discs and friction pad. In this situation, repair is impossible. To resolve the situation will help replace the driven disk.

The Second fault – the presence of oil on the surfaces of the friction linings. This may indicate the failure of transmission seals. In this case, to help solve the problem of washing the disk with the replacement of seals where required. In addition to these faults there are others. They lead to the fact that the clutch mechanism is, and though it may not fully turn on. There are several reasons for this. Incomplete engagement may occur in face beatings or partial destruction of the slave drive. In this situation, you should perform its repair or replacement. Also, this fault occurs if too weak rivets on the friction linings. In this case, the correct solution to resolve the problem will only replace the clutch. “Chevrolet Niva» when this is distilled on a viewing hole or lift.

In addition, such failure results in the presence of air in the system. This problem is fixed with the help of pumping. If the disc is warped or its surface is twisted, then also needs to be replaced. There are other breakdowns that may require replacement of individual parts. Experienced motorists identify them by their characteristic symptoms. So, usually when you click on the faulty the mechanism will hear a characteristic noise. If it only occurs when you release – it is also a sign of failure. It is Possible to conduct an independent diagnosis of the clutch mechanism. It is necessary to perform several operations:

It was Already mentioned about such problems as slipping clutch. When the vehicle speed increases, the number of revolutions of the crankshaft must also increase in proportion to speed. To identify the failure will help a tachometer. If sharply to press on the gas while riding in the car, and the revs start to rise, and then decrease slightly, while the car accelerates then the clutch repair is inevitable.

The list of common faults indicated incomplete shutdown. It was also noted that the reason for this is air in a hydraulic system. The problem can be solved with the help of pumping. It is also necessary if the actuator is filled with brake fluid new clutch (“Chevrolet Niva”). In order to perform this operation, you will need the tool kit of the motorist, several hoses and the container, which is then drained fluid. Additionally, you need to prepare the brake means in sufficient quantity. No harm will and the help of a neighbor or friend.

The Level of the liquid that is in the clutch, needs to reach the bottom of the filler hole. If it is for some reason not enough, add the tool. Then the valve of the working cylinder is put on the hose. The second end is lowered into a container with the prepared liquid. Further, the assistant depresses the clutch and holds it “floor”. Will enough of the five taps, holds and releases. Finally, it is necessary to open the valve for prorolling – there needs to exit the liquid and air. The operation must be repeated several times. Do it until, until all air is out of hydraulic system. 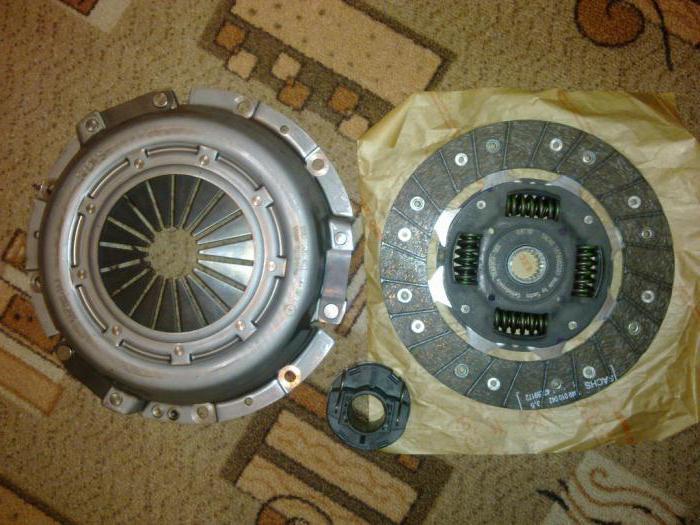 Clutch master cylinder (“Chevrolet Niva” and “Niva 2121” is no exception) should be changed if the system does not want to shut off or turned on completely. This happens most often due to leakage of fluid. The first thing is evacuated from the reservoir of the brake medium. This can be done by means of a rubber pear. Then disconnect the hose from the master cylinder. Next, Unscrew the nut that secures the tubing, and then another two that hold the main element. Now it only remains to set the new cylinder. And assemble everything in reverse order.

In some cases, when the clutch is not fully turned off due to leakage, it is necessary to conduct additional work. To perform them also, you may need an assistant. However, you need to replace the clutch slave cylinder. "Chevrolet" is repaired as follows. First, weaken the tip of the hose on the cylinder. Then turn the clamp bolts to the crankcase. Remove it and the bracket. Then from the plugs to get the pusher with the protective cap. Completely detached from the hose to the clutch slave cylinder. “Chevrolet Niva” should get rid of the liquid: you drained. It only remains to perform the installation of the new part and perform the pumping of the hydraulic actuator.

Sometimes you need to replace the hose that comes with the mechanism. To do this, using the key hold the fitting. Meanwhile, disconnect the tubing. The clamp fitting is also removable. Next, you need to drain the actuator fluid. Then the tip of the hose disconnect from the working cylinder. After you install the new pump should be operated hydraulically.

Sometimes it is necessary to replace the tank, if not...

What need hubs on UAZ? Hubs on UAZ Patriot: installation on the vehicle

Among a huge number of motorists, there are many those who prefer a leisurely ride on the asphalt surface an adventure on the roads. Many of these possess various models of UAZ. These cars feature all-wheel drive. In models such a...

An overview of the "Mazda Ksedos 9"

«Mazda» is a very popular brand in the Russian market. One of the most sought-after models – “Ksedos 9”. The car belongs to the business class and mass-produced from ' 92 to 2002. The car was delivere...

The most sold cars in Russia. Stats & rankings sales

In our huge country, almost every third adult is in the car. And the roads go a variety of machines. Sedans, station wagons, crossovers, premium and business class, budget models… there is a fair question: "what are the mos...

The main symptoms of faulty MAF

Sensor mass air flow (MAF) – this is the part that determines the amount of flow of air supplied through the air filter. Is the mechanism near the same filter. Despite its small dimensions, this sensor plays a very important...

Exhibition Frankfurt Motor Show held in 2015 and not without loud presentations. This time the French company Renault presented its new development. Instead of two models, the Laguna and Latitude design engineers this company has ...

Tula is for many synonymous with gingerbread and samovars. But adults still remember motorcyclists scooters “True”, which were distributed throughout the country, and ridiculous in today's perception of the motorcycle ...